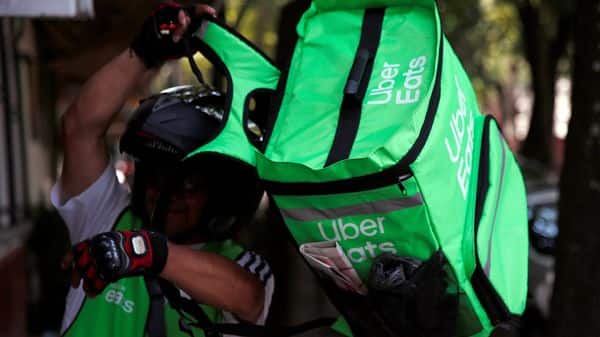 Uber will offload the business in return for 9.9% of the Indian startup, maintaining a foothold in one of the world’s fastest-growing internet arenas, the New York Times reported. Zomato, which CB Insights valued at $2.2 billion, confirmed the sale in a blogpost Tuesday but didn’t specify details of the transaction.

The deal marks yet another leg in a wave of consolidation sweeping the food delivery sector. Uber, which is trading well below its IPO price, seeks to hive off loss-making operations to achieve its goal of being profitable on an EBITDA basis by 2021. While it will continue to vie with Ola — also backed by SoftBank Group Corp. — in ride-hailing, exiting the food business can help staunch bleeding in one of the most competitive markets in the region.

Uber started its food-delivery business in India in 2017 with much fanfare and a huge marketing budget. The San Francisco-based company has since poured resources into the operations to lure users with bargain food deals delivered to the doorstep, but it’s pitted against competitors with powerful investors.

“The competition in this space is going to continue to be intense, and the food delivery category is still very small compared to the overall food service market in India,” Zomato founder Deepinder Goyal said in the post. “Through this deal, Uber Eats India users now become Zomato users. I want to assure Uber Eats India users that their user experience won’t be compromised in any way – if at all, the scale gives us higher density to make our deliveries faster.”