Here’s a look at some of the restaurants that announced their closures in Dallas near the turn of the millennium.

Stonedeck Pizza Pub will close after dinner service on Jan. 25. The Deep Ellum restaurant offered “flights” of pizza and a 10-item menu of loaded mac and cheeses. You can visit Stonedeck until it closes at 2613 Elm St., Dallas.

The Common Table in Uptown Dallas announced that it would close for good on Jan. 26. A Facebook post says the beer bar’s operators were “unable to reach an agreement with our landlord” but that they hope to open in a new location somewhere else. (There’s also an existing Common Table at The Star in Frisco.) Owner Corey Pond’s restaurant and bar in Uptown was ahead of its time, offering a long craft-beer list with hard-to-find brews since 2010. Grab a pint at 2917 Fairmount St., Dallas, until midnight on Jan. 26.

Bolsa in Oak Cliff closed after dinner service on Jan. 21. Executive chef Matt Balke was the latest leader in a kitchen that can be credited with bringing the farm-to-table movement to Dallas and shining a spotlight on Oak Cliff as a dining destination. 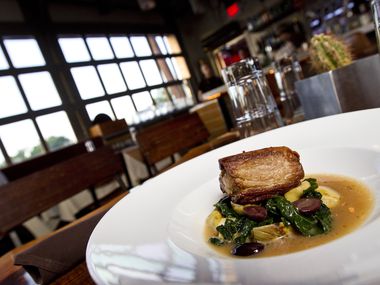 LUCK (Local Urban Craft Kitchen), for years considered a small-business success story in Trinity Groves, closed Jan. 19 after more than six years. The owners wrote on Facebook, “all good things must come to an end, and this weekend is our end.” Chef Daniel Pittman’s original menu combined upscale bar food with a stout selection of local beers. The Dallas Morning News reviewed the restaurant in 2014, praising its “bierocks” — which were bread nuggets stuffed with beef — and the popular pastrami sandwich. Pittman left the restaurant in mid-2019 and the restaurant soldiered on. This year marks the first in some time that LUCK won’t be pairing beer with Girl Scout cookies — one of the restaurant’s most innovative and sought-after events. CultureMap reported the closure first.

On Jan. 13, Taco Cabana closed 19 fast-food restaurants in Texas — including seven in North Texas. A simple look at the comments on social media prove how beloved this taco brand is among some Texans. The most notable closure is the 26-year-old Taco Cabana on Greenville Avenue in Dallas, though other closures affected customers in Allen, Frisco, North Richland Hills, Hurst and Denton.

The Old Monk, a beloved Irish pub on Henderson Avenue, closed Jan. 13 for one week of renovations. Unlike the other restaurants on this list, the pub has already reopened as of Monday, Jan. 20, confirms owner Feargal McKinney. His plan seems reasonable: “After 22 years of opening seven days a week, we had some kitchen equipment and mechanical issues that needed updating.” McKinney notes that the bathrooms have been updated, too. The Monk is back open now at 2847 N. Henderson Ave., Dallas.

Mexico City restaurant Casa Komali closed Jan. 12. The Cole Avenue restaurant served breakfast, lunch, brunch and dinner for five years. Dishes like ceviche, cochinita pibil and Oaxacan chicken mole made it one of the more interesting Modern Mexican restaurants of its time. The Dallas Observer notes that chef Hugo Galvan hasn’t been at the restaurant since last year, and founding restaurateur and chef Abraham Salum sold the business in 2016. (Salum continues to be chef-owner of Salum, a restaurant at the same corner as Komali.) A post on Facebook says, “While we have enjoyed serving the Dallas community over the last five years, we felt the timing was right to say goodbye.”

Feed Company Eatery & Bourbon Lounge shuttered Jan. 11 on Lower Greenville. It’s the only restaurant on this list where its owners have already announced a new restaurant in the same space: Restaurateur Elias Pope plans to open a place called Standard Service this spring, he tells us.

Stephan Pyles Flora Street Cafe closed suddenly on Jan. 2, with its namesake chef Stephan Pyles announcing he’s retiring from restaurant operations. With the closure of Flora Street came the closure of its restaurant-within-a-restaurant, Fauna. Chef Peter Barlow has turned Fauna’s tasting dinners into pop-ups at various locations. Pyles says he plans on continuing to be a restaurant consultant, but his daily restaurant operations appear to be over after 40 years in the biz.

City Cafe, the upscale restaurant on Lovers Lane in Dallas, closed just before New Year’s Eve, though news of its shuttering didn’t ripple through parts of Park Cities until mid-January. A restaurant statement says “increasing pressures of rising lease costs … and the ever-present highly competitive market for fine dining” were reasons for the closure. City Cafe To Go Bistro remains open, and diners can still eat inside the bistro, order to-go or call for catering.

Correction at 9:45 a.m. Jan. 22, 2020: This story previously said that chef Peter Barlow’s tasting menus take place at Hall Arts Hotel. They are no longer at that location.

Story updated throughout the day on Jan. 22, 2020 to include new restaurant closures. 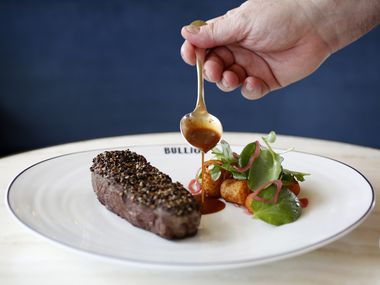 A Restaurant With No Leftovers – The New York Times