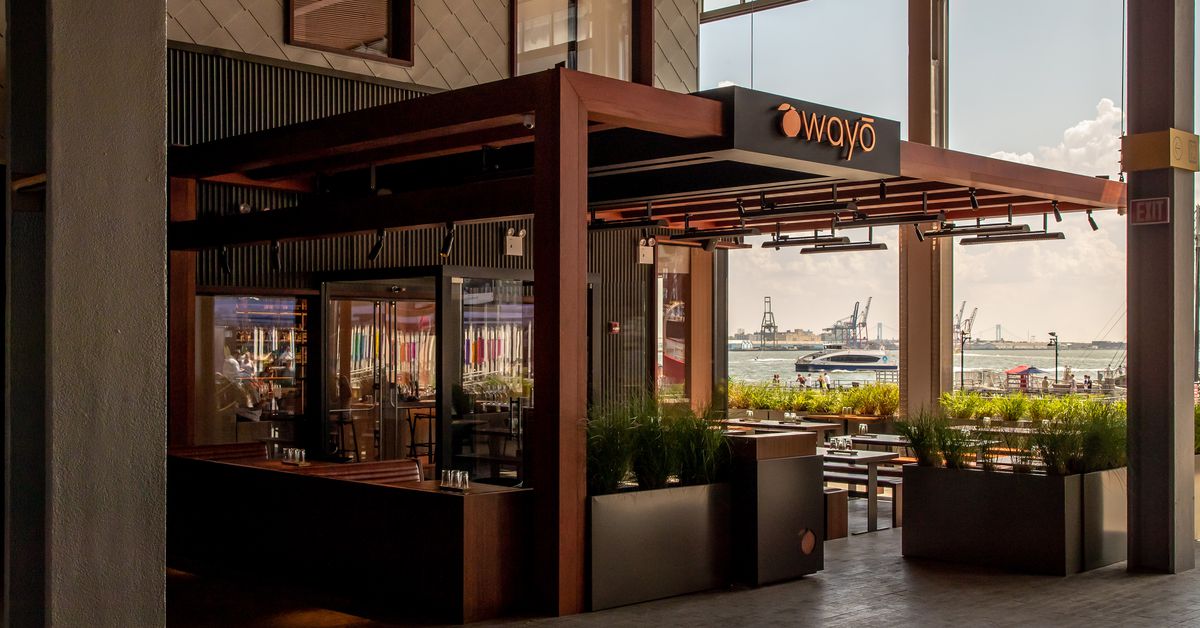 More details are out for that secret new Momofuku restaurant at the Seaport: The company announced in an email to regulars this week that a restaurant centered on tabletop grilling is now accepting reservations for January and February — at least for a select few. Momofuku extended the exclusive invitation to “Momofuku regulars” to reserve tables for the “soft opening” of the restaurant, which so far has only been open to friends and family.

The restaurant will feature a wagyu tasting, an a la carte menu of beef, rye crepes with uni and caviar, and daily raw bar selections, according to the invitation. But other details like a name for the restaurant are not on the invite. The company has been particularly tight-lipped about the new project, going so far as to add the following disclaimer to the bottom of its invitation: “Please note: We appreciate you not sharing this information publicly as we are still developing the restaurant.”

A Momofuku spokesperson declined to say more about the project.

Sources familiar with the space have described seeing karaoke rooms and vinyl record players, and some say the restaurant may remain private or exclusive. The rollout has been somewhat of a pivot for David Chang, whose openings in New York City have traditionally been well-publicized.

The new project, which sits above the group’s cocktail bar Bar Wayo on Pier 17, will be open Tuesday to Saturday from 5:30 to 9:30 p.m. by reservation only for those lucky enough to get a personal invite. Stay tuned for more.

Disclosure: David Chang is producing shows for Hulu in partnership with Vox Media Studios, part of Eater’s parent company, Vox Media. No Eater staff member is involved in the production of those shows, and this does not impact coverage on Eater.

Restaurants Are Still in Trouble. Here’s How Congress Can Help. – Robb Report