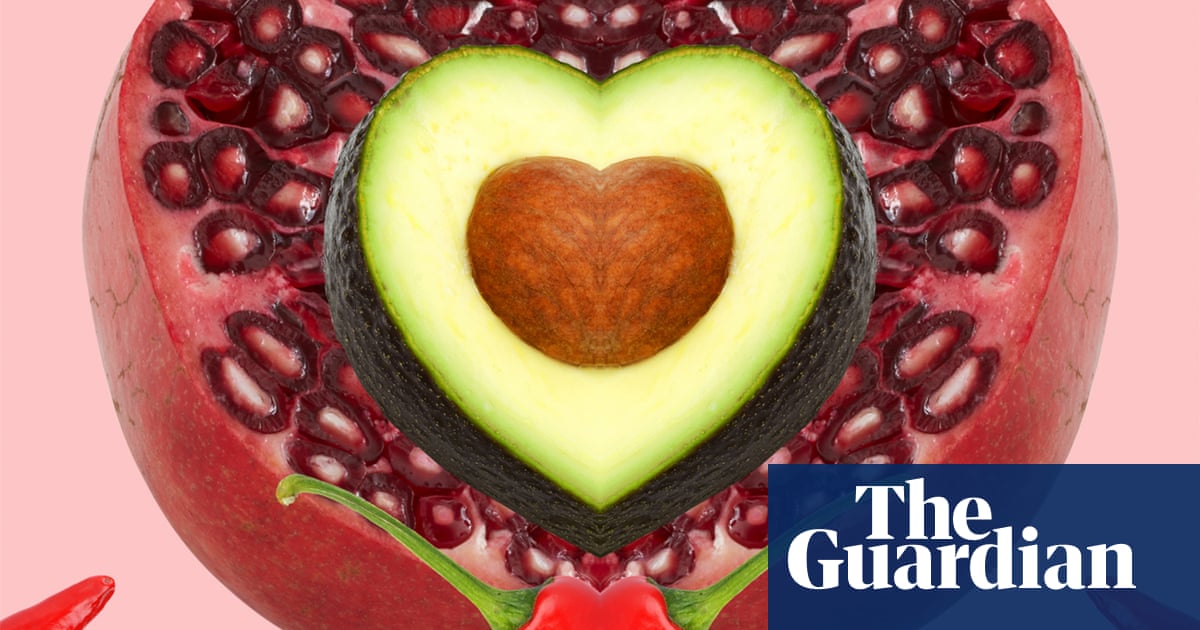 Age: As old as food.

Appearance: Poised to turn up on Valentine’s Day menus across the nation.

It’s just a fancy word for foods that give you the horn, yeah? If you must put it that way.

Such as oysters, for instance. Oysters are a recognised aphrodisiac – they contain a lot of zinc, which plays a part in the production of testosterone, but they’re not acceptable to vegans, or people who hate oysters.

Are there any vegan aphrodisiacs? Of course. Pine nuts, for example, are also high in zinc, and are known as “vegan oysters”.

No, they’re not. Perhaps not widely, but that’s what Dr Eleanor Draeger, a freelance sex education consultant, calls them. If you don’t fancy pine nuts, then asparagus is also suitable for vegans and boasts high levels of potassium, which can increase your sex drive. Also, it has a phallic shape, as a reminder.

Are you suggesting I eat asparagus out of season, just to get some fleeting libido boost? No, of course not. Why not have an avocado instead? Spanish avocados are in season and have lots of vitamin B6, which boosts testosterone production.

You know what is lowering my libido right now? All the drought and murder that the media claims avocado-eaters are responsible for. Thanks, but no thanks. That’s more South American avocados, but fine. Try pomegranate juice as an alternative. In a 2007 study, 47% of subjects had improved erections after drinking pomegranate juice over a period of four weeks.

How would you even go about assessing something like that? Using the International Index of Erectile Function, of course. Thanks to this study, pomegranate juice is sometimes known as “red Viagra”.

Intriguing, but I just tried to order some pomegranate juice online, and I think real Viagra might be cheaper. So is cheap red wine which, being absolutely laced with the antioxidant resveratrol, really helps to get the blood pumping, if you know what I mean. That’s why they call it “the other red Viagra”.

I don’t really like spicy food. OK. What about a) walnuts, b) cherries or c) saffron?

a) I’m allergic, b) they exacerbate my gout and c) I broke up with someone called Saffron last year, and I’m still not over it. You’re not very good at this, are you? I guess not. All I’ve got left is celery and chocolate.

Do say: “Netflix and chilled celery, AKA the stringy Viagra?”

Don’t say: “Netflix and chocolate, and get out of my house. I’ve got all I need here.”