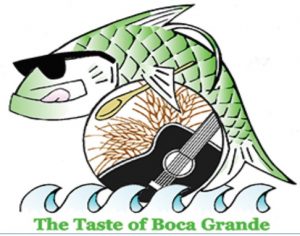 This week’s profile may seem a bit confusing on first perusal, but there is a method to our madness. We want to introduce you to the chefs behind “The Taste of Boca Grande,” a few at a time, in the weeks leading up to the event on February 3 at the Boca Bay Pass Club.

See next week’s profile for the final six chefs. 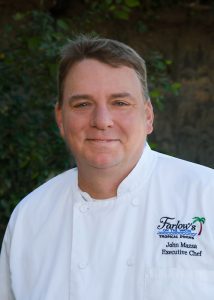 Executive Chef John Mazza has been the head chef at Farlow’s on the Water since it opened, over 16 years ago. The chef and restaurant have been recognized over the years for their outstanding food creations, including winner of the 2019 Best Overall Restaurant from the Englewood Sun newspaper, the Bon Appetit award for Favorite Evening Restaurant from the Englewood Chamber, and Best Lunch of Harbor’s Hottest Harbor Style magazine. Chef John has been featured regularly, cooking live on ABC 7 Noon News.

Chef John is a hometown graduate of Lemon Bay High School, where he was best known for his baseball achievements. After graduating from high school, he found his passion working in the kitchen of local restaurants. His first job was working side by side with Keith Farlow’s dad, Dave, serving American comfort food. Over the years, John has continued to work with the Farlow family to help create the menu offering a Caribbean cuisine with a southern twist.

Chef Alex Alonso is the head chef at Howard’s Restaurant and has become an indispensable asset to the restaurant. He brings creativity to our Dinner for Two, Four Courses for $44 with a meat, chicken or fish dish that changes wee 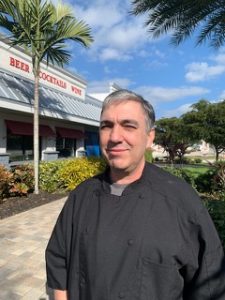 kly. Alex completed culinary school in Sarasota and learned French cuisine while working under Chef Steve Longet of Café Longet in Venice. Alex believes the most flavorful cuisine is made simply with the highest quality products, and his recipes keep Howard’s customers coming back for more. 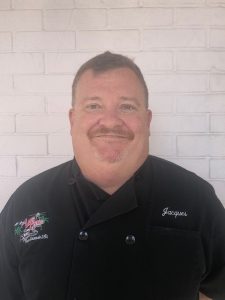 Chef Jacques Boudreau is a 7th-generation Floridian, born and raised in Venice. He spent many summers as a boy camping on Boca Grande. His kitchen career started 30 years ago as a dishwasher at Miller’s Lighthouse Hole restaurant, and he worked his way up to head cook. In 1999 he went over to the Loose Caboose, where he eventually became General Manager. He and his business partner bought the restaurant in 2006.

Jacques is a volunteer at the Wildlife Center of Venice and has done many rescues on Boca Grande. He has been doing the “Taste” for many, many years. He has a 32-year-old daughter, Miranda, who worked at the restaurant when she was in high school and is an ex-Navy aviator.

Come to the “Taste” and see what Chef Jacques has to offer. 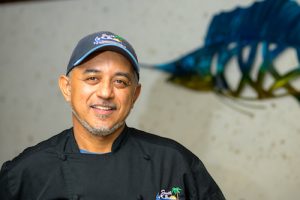 With an extensive culinary background and having attended culinary school in Brazil, Osmar began a culinary career when he first came to the United States in 1988. He worked in Greenwich, Conn.as a dishwasher, but quickly worked his way up to head cook and excelled from there.

He has fine-tuned his skills at a variety restaurants since then.

“I love the challenge of cooking for folks who appreciate and know what good food is,” he said. “I believe that it is one of the most earnest motivations for exercising creativity in the kitchen.”

With the ability to speak fluent Portuguese, English and Spanish, it gave him the opportunity to work with different talented chefs and gain knowledge in American, Italian and Spanish cuisine.

Osmar has been working for South Beach Bar and Grill for more than five years. He also enjoys the outdoors, and activities such as fishing, boating and motorcycles. He lives in Rotonda with his wife, Denia, and his two sons, Joseph and Jaden. 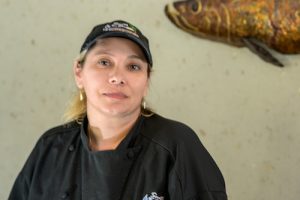 Chef Myriam was born and raised in the most beautiful setting in the world, the champagne area of France, in a small town called Vandeuil, just outside of Reims. Her family owns their own champagne vineyard in the area, and the vineyard operates in the true family tradition.

“From growing the grapes to the production and marketing of the wine, family members work in all phases of the operation with a great pride,” she said.

With an eye toward helping the winery, Myriam obtained a master’s degree in marketing and management while at the same time going to culinary school. It was there that she found her true calling and decided that she preferred the culinary arts to the business world. She traveled Europe, collecting recipes and experiences in different kitchens.

Myriam came to the United States 22 years ago and worked at the Jekyll Island Club Hotel on Jekyll Island, The Colony Resort in Sarasota, Lemon Bay Golf club and the Coral Creek Club. She has been at South Beach since 2017.

Myriam is married to Marcos Carvalho, and she is a mother of three children – Eva 18, Marcos 5 and a 3-year-old baby girl, Miah. 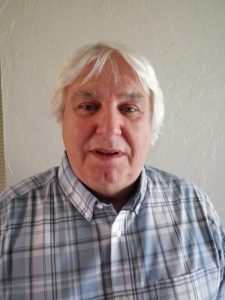 Chef Tom O’Shields grew up in the Low Country of South Carolina and always had an interest in cooking and cuisines from other regions. After embarking on a career in the Marine Corps, as well as with other government agencies, Tom learned cooking styles from many different cuisines throughout Europe, the Mediterranean and the Middle East, many of which had French influences.

After leaving government service Tom stayed in Europe, working in various venues in England, the continent and Russia. He was also a culinary instructor at Carlisle College in Carlisle, Cumbria, teaching all levels of culinary arts for the National Vocational Qualification tests.

In the U.S. Tom has worked in many different regions as executive chef, including The West Chop Club on Martha’s Vineyard, Ascutney Mountain Resort in Vermont and the Alpenhof Lodge in Jackson Hole, Wyoming.

Tom first came to Boca Grande in the winter of 1999 at the suggestion of a club member from the West Chop Club. He worked with J.T. Turner at PJ’s Seagrille for the season, not to return until 2009, when he started work at the 3rd Street Café, now Bistro.

Tom’s desire in serving the people of Boca Grande is to buy the freshest and best ingredients possible, treat them with respect and serve great food with our own twist while honoring the French traditions of the bistro.

Tom currently lives in Gainesville with his wife, Briana, and faithful dog Cassie, with whom you will see him walking around Boca Grande at all hours of the day and night.

He said that splitting time between family in Gainesville and such a demanding job in Boca has its ups and downs, but in the end, it has been good for everyone.