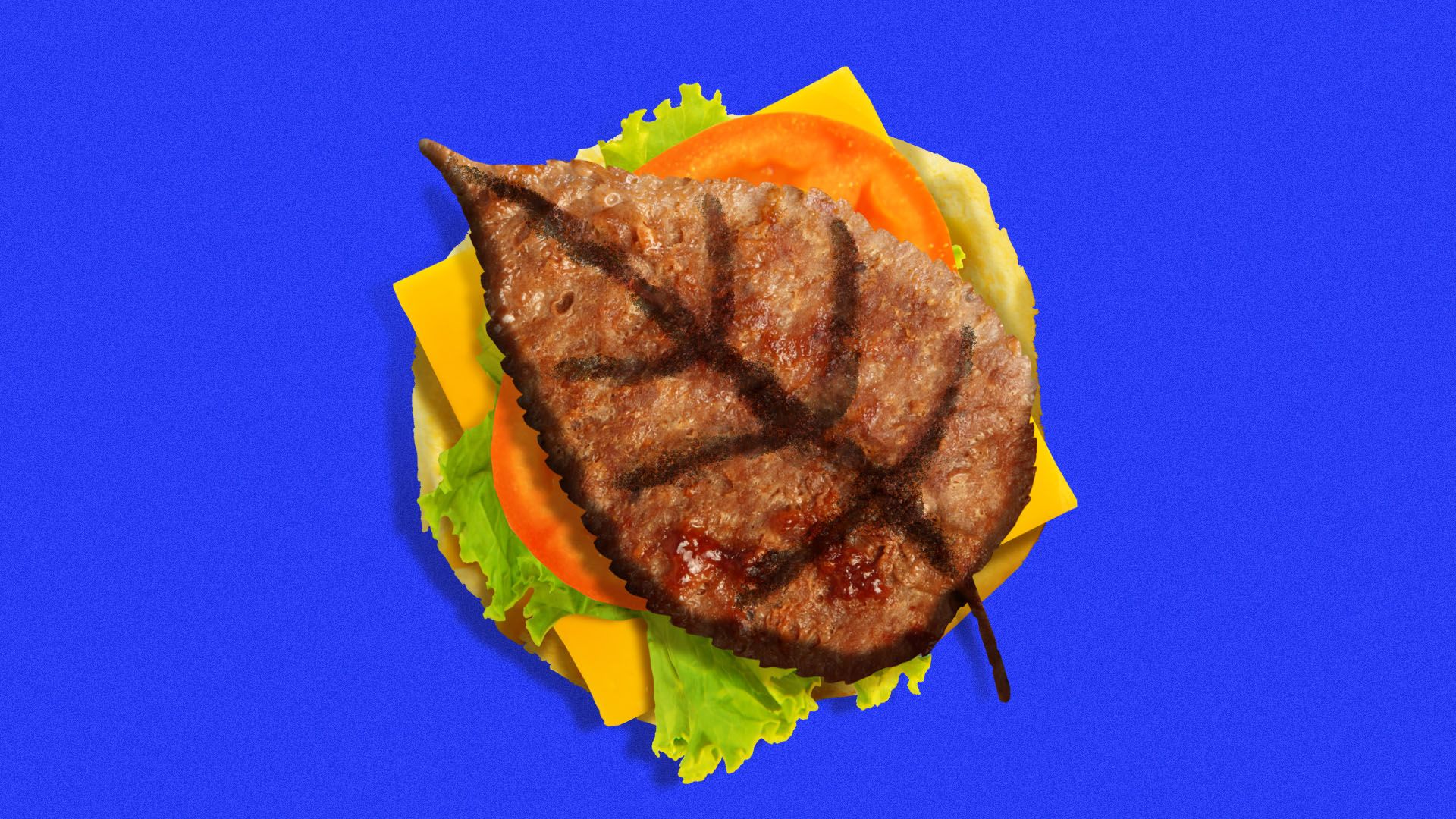 The fast-food industry has fallen in love with plant-based “meats” and the boost in foot traffic and sales they provide from more health- and climate-conscious consumers.

Why it matters: The public’s growing interest in plant-based “meat” has start-ups trying to scale up and expand their market share, and food giants, such as Tyson Foods, are trying to muscle—and cash—in. The plant-based meat industry has seen $12.6 billion in sales and $4.5 billion in revenue as of July 2019, according to the Plant Based Food Association, and such non-meat burgers were estimated to be in 7,200 Burger Kings, 1,000 Carl’s Jrs., and hundreds of other fast-food joints at the close of 2019.

The state of play: Zak Weston, a foodservice analyst at The Good Food Institute, says both businesses benefit when fast-food chains partner with plant-based “meat” companies, such as start-up Impossible Foods and Lightlife Foods, which is operated by Canadian company Maple Leaf Foods.

Every time a new partnership is announced, the chain and plant-based company see a rise in their stock prices, per Weston.

Food giants have entered the growing market — posing a challenge to startups centered around plant-based meats, the Washington Post notes. The larger companies already have systems in place to handle national production and distribution, areas where startups have struggled to meet growing demand, CNBC reports.

Why now? Weston says companies selling vegan or vegetarian items previously targeted a niche audience, but are now producing and marketing their items to the general public as healthy alternatives that taste just like meat.

In regards to climate change, meat production accounts for 8% of the greenhouse gases emitted in the U.S., the New York Times reports.

Putting on the pasta for a global celebration – Toronto Sun