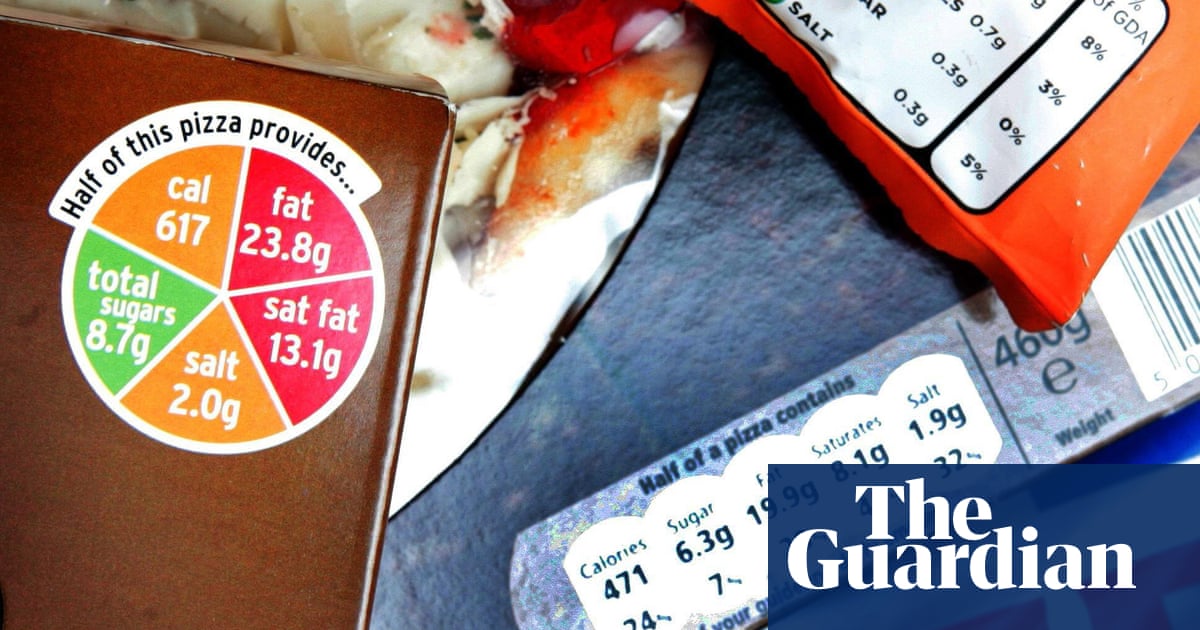 A fledgling campaign group led by teenagers is calling for traffic light-style front of pack labelling to be made mandatory in the UK.

The Bite Back 2030 campaign said progress on improving child health was stalling and that the move would bring the UK in line with other countries. These include Israel, which this week announced new laws making warning labels compulsory on packaged products high in fat, salt and sugar. Elsewhere, Canada also plans to introduce mandatory warning labels, while Chile introduced them in 2016.

In October, the public health minister, Jo Churchill, publicly committed to launching a review into labelling in the UK early this year.

Bite Back 2030 was set up in 2019 to create an “unstoppable movement” of young people to campaign for healthier eating. Its aim is to half childhood obesity by 2030. It was co-founded by chef Jamie Oliver, who has criticised the way junk food is advertised.

The organisation has a youth board consisting of 12 teenage activists, who are lobbying food companies and the government to improve access to healthy food. It is also urging young influencers to send out more positive messages about healthy eating to their millions of social media followers.

Bite Back 2030’s youth chair, 16-year-old Christina Adane from south London, said: “Labelling should be there to help us – not make it harder to know what’s healthy for us and what’s not.

“We want honest, simple and helpful labelling like the traffic light system out there on everything. And if food companies won’t do it voluntarily, we want the government to step up and step in. The UK should be leading by example, not falling behind.”

In the UK, younger generations are becoming obese at earlier ages and staying obese for longer. It is estimated about one in five children aged 10 to 11 years old are obese, with a third of children aged between two and 15 overweight or obese.