In a story we called “the most exciting restaurants opening in Dallas in 2020,” I noted that “people of a certain age” surely remember Primo’s Tex-Mex restaurant on McKinney Avenue in Dallas. Are you one of those people, of that certain age? Then you’ll certainly want to know this: The beloved restaurant — the one that was open for nearly three decades and was famous for its $2 Tuesdays margaritas — is reopening on Feb. 7, 2020.

The new Primo’s, now called Primo’s MX Kitchen & Lounge, will be located exactly where the former one was. But it’s under new management and has a menu that’ll feel decidedly more upscale than the original.

“They wanted to build on the nostalgia of the old … but elevate the cuisine,” says general manager Eric Trejo. 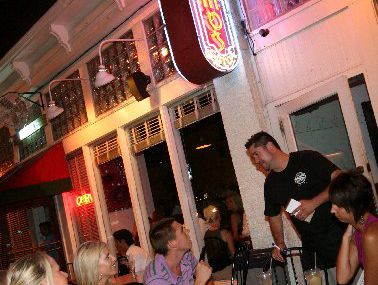 Corporate executive chef Ryan Carbery’s bacon-wrapped jalapeños were added to the menu to pay homage to a stuffed jalapeño appetizer on the original menu. Those might be popular for late-night diners, Carbery said in December 2019, as well as other food that’d interest a tipsy crowd such as carne asada fries topped with queso, green chiles, guac and ranch.

The original Primo’s, which closed in 2013, was a see-and-be-seen kind of place, which was amusing given that some of the patrons valeted high-end cars like Ferraris and Lamborghinis outside the restaurant, then went inside for a cheap margarita and a sloppy plate of enchiladas. But over its many years on McKinney Avenue, Primo’s served reliable, inexpensive Tex-Mex in a casual setting — and it managed to be a spirited hangout for people of many ages. In the 2000s, the restaurant was often packed in the evenings, sometimes standing-room-only.

Primo’s 2.0 comes from Dallas developers Jeffrey Kollinger and Mehrdad Moayedi, who renovated the Statler hotel in downtown Dallas. Moayedi is known for spearheading the project to transform Collin Creek Mall in Plano into an entertainment district. Kollinger was previously involved with Tillman’s, a restaurant that closed in the Bishop Arts District after more than 25 years. The two operate a new bar on Henderson Avenue in Dallas called Dallas Proper.

Moayedi and Kollinger’s plan with the new Primo’s is to celebrate its past but give it a new presence.

On the menu, “specialties” include a green chile burger; ancho-rubbed pork tenderloin; fajitas; braised short rib; and sea bass — most which cost an average of $20 per plate. Lower-priced Tex-Mex options are also available, like enchiladas verdes ($12.95), chimichangas ($14.95) and tacos ($14.95 to $17.95, depending on choice of protein).

The restaurant has been redesigned, and while the bar is still near the front door, it doesn’t look anything like the original Primo’s. (Nor does it look like the other bars that inhabited that space since 2013 such as So & So’s.)

“We’re excited to raise the flag here again and give Primo’s another run,” Carbery says.

The grand opening special calls for $2 frozen margaritas on Tuesdays. A more permanent happy hour special will be announced at a later date.