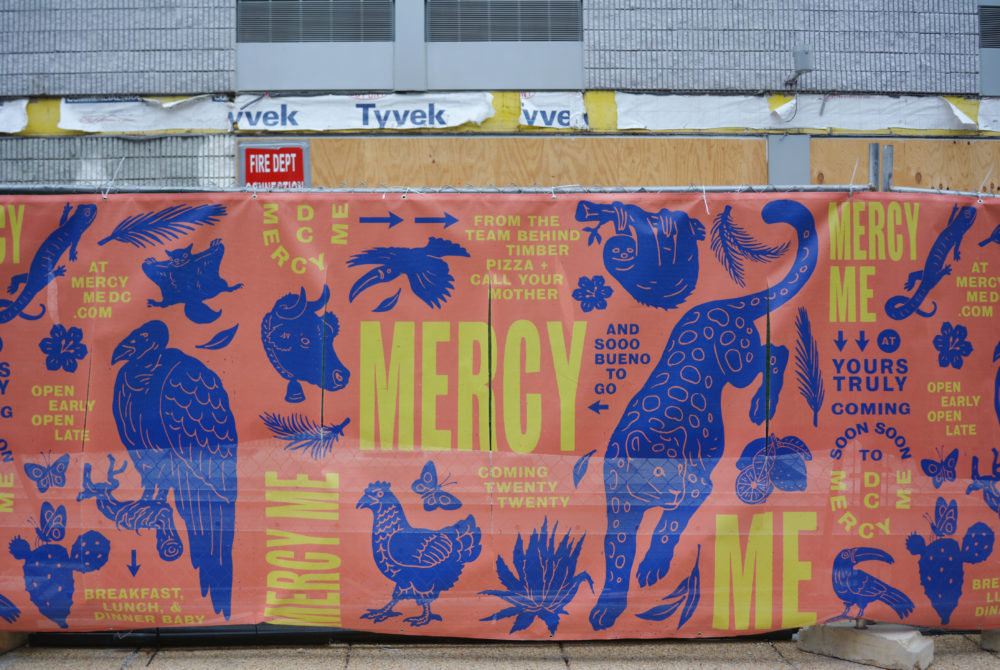 You’ve devoured Call Your Mother’s bagels and may have tried Timber Pizza Co.’s pizza at the Foggy Bottom Farm Fresh market. Now, the couple behind the two restaurants are trying out South American cuisine at an upcoming West End restaurant.

Call Your Mother co-owners Andrew Dana and Daniela Moreira are opening what they call a “sort of” South American restaurant called Mercy Me at 1143 New Hampshire Ave. NW. The new spot will accommodate both early birds and night owls, serving sophisticated Spanish-inspired dishes along with morning smoothie bowls and pastries when it opens in March.

During the day, customers can sit down at the restaurant with their laptop and order a cup of coffee and a pastry, like medialunas – a South American croissant – or Mercy Me’s Latin-inspired everything bagel seasoned with chimichurri spices, Dana said. At night, customers can enjoy a full bar and order Latin American dishes like fish ribs and Caribbean-inspired coconut rice.

Dana uses the term “sort of” South American because the dishes will incorporate Spanish flavors into several different types of cuisines, he said. The arancini, for example, is typically an Italian dish, but Dana and his team said they are crafting the dish with Spanish flavors.

Mercy Me will be located blocks from campus in the restaurant space below The Wink Hotel, which is currently being remodeled. Dana and Moreira said they are teaming up with another D.C. food power couple, former Doi Moi executive chef Johanna Hellrigl and part owner of Chaplin’s and Zeppelin, Micah Wilder, to launch the new venture.

Dana said the name “Mercy Me” was inspired by D.C. native Marvin Gaye and his song “Mercy, Mercy Me.”

“If you take a bite of anything on the menu you’re going to basically be saying ‘Lord have mercy,’ or ‘mercy me, so delicious,’” Dana said, referencing Gaye’s song lyrics.

Dana said he hopes Mercy Me aims to please anyone looking for a quick bite to eat or a sit-down dinner. He said the restaurant’s dishes vary in prices, from a coffee and pastry for $5 in the morning to a bone-in steak for about $20.

“It is, we keep saying, create-your-own-adventure,” Dana said. “You can come in and have the experience you are looking for. It can be super casual. You can go super-high-end with the steaks or you can keep it low cost. Or, for a night out because your parents are in town and they are footing the bill, you can go big.”

He added that the upcoming spot will attract locals in the West End or students at nearby universities like GW and Georgetown.

“We never have a target audience,” Dana said. “I have always pushed back on that. I believe our target audience is everybody. We make stuff at a price point that is for everybody and make food that everybody is going to like so it doesn’t ostracize anybody. This project is no different. It’s for the GW students, office workers, the people who live in the area for a little bit.”

This article appeared in the January 27, 2020 issue of the Hatchet.