Heim Barbecue, a fast-growing smoked-meat house that originated in Fort Worth, will open a restaurant at 3130 W. Mockingbird Lane in Dallas, near Dallas Love Field.

The restaurant’s namesakes Travis and Emma Heim started their company as a food truck in 2015. They amassed a serious following of meatheads, and by 2016, they opened a restaurant on Magnolia Avenue in Fort Worth. A second restaurant, on White Settlement Road in Fort Worth’s River District, followed in 2019.

The Dallas barbecue joint will be the Heims’ third restaurant and is expected to open in June 2020.

Heim Barbecue is on Texas Monthly’s list of the top 50 barbecue joints in Texas and remains one of the buzziest barbecue joints in Dallas-Fort Worth. Some patrons have waited up to three hours for Heim’s barbecue. (Which means: The opening in Dallas will likely bring long waits, too.)

The husband and wife owners have a sweet story: “Emma and I opened our food truck 5 years ago with $100 to our names, praying that enough people would show up for us to be open the next day,” Travis Heim says in a statement. “We’re amazed every day by the amount of people who choose to visit our restaurants.”

In its earliest days, Heim was lauded for its bacon burnt ends, a fatty, sugary bite that is often sold out — quickly — at local food festivals. The Heims also smoke brisket, pulled pork, ribs and turkey and have tacked on limited-time specials like burgers and a jalapeño-cheddar sausage corny dog to their menus.

Though Heim Barbecue has been a well-known company among Texas barbecue lovers for years, its appearances on TV shows like Food Paradise on Travel Channel and on foodnetwork.com’s list of “6 must-try spots for an ultimate Texas barbecue tour” likely contributed to its success, amid an already-hot barbecue scene in the United States, where seeking out great smokehouses is a regular pasttime for some foodies.

Heim Barbecue will move into Mockingbird Diner, a restaurant that closed in June 2019 after its operator explained that he was “befuddled” by issues at that address.

Greg Pierce, senior vice president of real estate company CBRE, notes the address’ proximity to “highly-populated and dense area of Dallas” near the mouth of Dallas Love Field — where people visiting Dallas might want to stop in for some Texas ‘cue after landing in Big D.

There’s also this fact: People who love barbecue will drive for it. 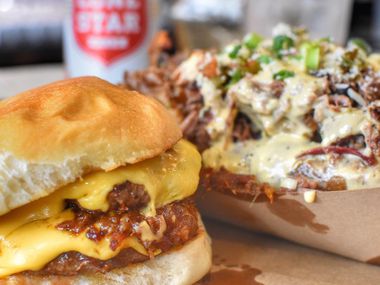 How Many Types Of Cake Have You Eaten? – BuzzFeed