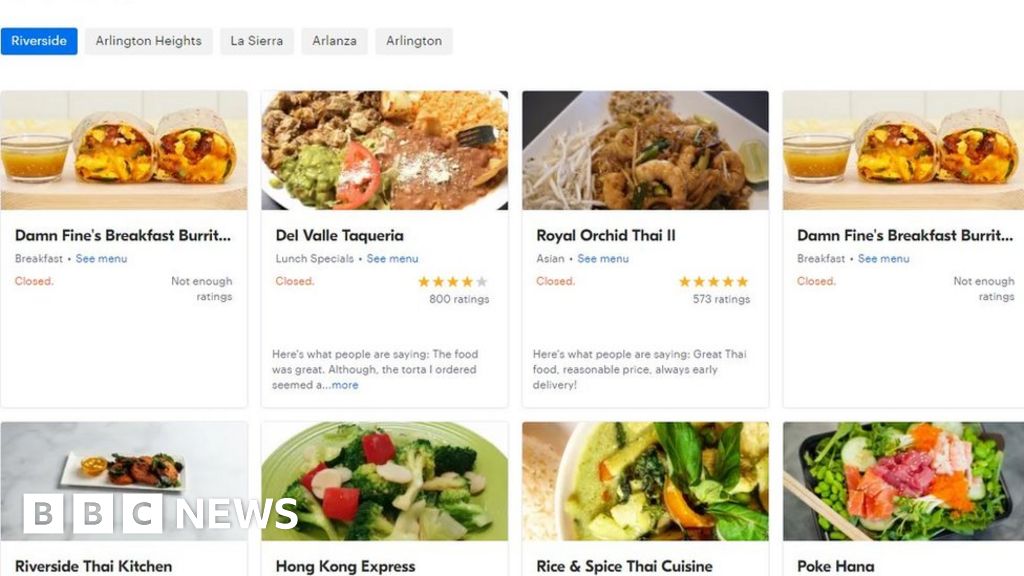 Online food delivery service Grubhub has defended the practice of adding restaurants to its platform without asking them.

The US takeaway app adopted this practice a couple of months ago in cities across the US.

But some restaurants who don’t offer takeaways are angry that they’re not being consulted beforehand.

A Grubhub spokeswoman told the BBC that restaurants get more orders when they are on Grubhub.

“We’ll add restaurants to our marketplace when we see local diner demand for delivery so the restaurant can receive more orders and revenue from deliveries completed by our drivers,” she said.

“We work to provide accurate menus and hours for these restaurants on our marketplace based on available information online.”

The firm added that other food delivery companies do the same thing in the US.

UberEats told the BBC it did not carry out the practice “in the UK” and neither does UK-based firm Deliveroo,

Any restaurant which doesn’t wish to be on Grubhub’s platform must contact the company and opt out.

Grubhub informed its shareholders about the move in a letter last October.

Some restaurant owners feared they were being impersonated by fraudsters – but that doesn’t seem to be the case.

Over the weekend, Pim Techamuanvivit, who owns a Thai restaurant in San Francisco, accused the platform and its rivals of defrauding restaurants and their customers.

She found that Grubhub, Seamless, and Yelp had all listed her restaurant on their platforms without asking.

“I managed the floor @kinkhao tonight, at 8.30pm I answered the phone, someone called to ask about their delivery order that was placed 45 minutes ago,” she wrote on Twitter.

“Perplexed, I told him we didn’t do delivery, not even take-out.”

Another restaurant in Virginia, called Maple Ave Restaurant, said it had experienced the same problem.

A Yelp spokesperson said: “We just became aware of this practice, and have taken immediate steps to ensure it does not extend to restaurants’ Yelp pages.”

Seamless did not respond to a request for comment.

This kind of behaviour has been reported before. Rival firm DoorDash angered restaurants in Melbourne last October when it added them without their knowledge.

The food delivery market is fiercely competitive with little to differentiate one company from another.

“They’re so hungry to get your money,” said Ms Techamuanvivit, who is planning to sue the companies.

Offering words of advice to fellow restaurateurs, she said: “If you own a restaurant, especially a popular one, make sure you check these unscrupulous sites to see if they are faking your businesses on there too.

“This is horrid. Reckless. And just horrid.”

Last June, Grubhub was accused of creating thousands of fake restaurant websites that fooled customers into thinking they were buying from actual restaurants.

“I think a lot of independent restaurant operators feel, increasingly so, that they are being taken advantage of, and that the business relationship favours the delivery service,” said Stephen Dutton of market research provider Euromonitor International.

Experiential marketing is vital for food – so why isn’t it viewed as effective? – FoodNavigator.com