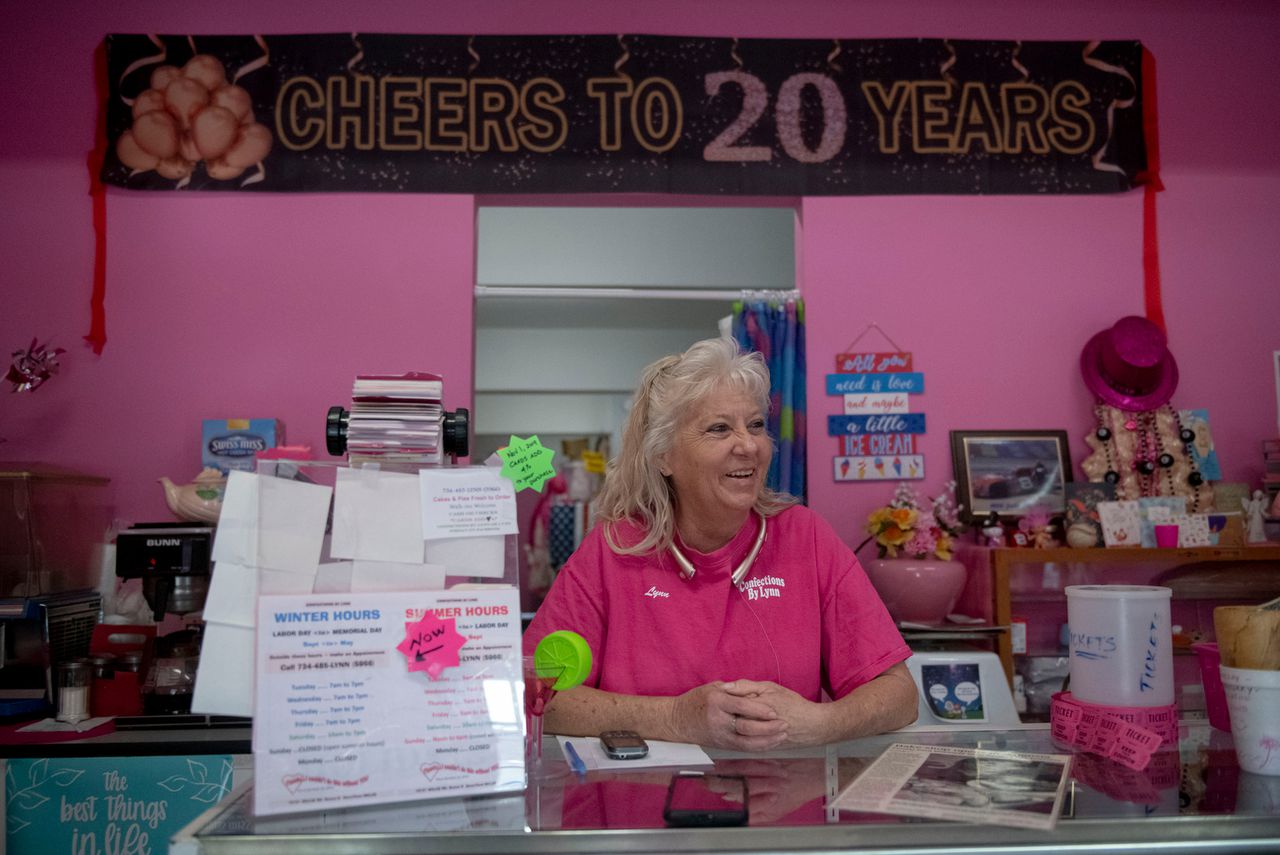 WASHTENAW COUNTY, MI — Leaving a finance job with a major corporation after 17 years to open a bakery in a small town was a scary move for Lynn Dwyer.

But she did it anyway.

She was an accounting supervisor for General Motors, but had a “weird gut feeling” after the company transferred her from a Novi office to Southfield.

“I came home with an ‘I don’t know what to do,’ so then, just decided to take a chance,” Dwyer said.

And she did, tapping into her baking skills and launching a business that has lasted 20 years.

Confections by Lynn, 10101 Willis Rd., is celebrating two decades in business in the unincorporated community of Willis, about 17 miles southeast of Ann Arbor.

“It was something that I did for fun and one day, my husband says ‘What are we going to do?’ I said ‘let’s go to the apple orchard and get a sack of apples, and I’ll make you a pie,” Dwyer said. “I ended up making nine pies and gave away eight of them.”

She soon found herself baking 80 pies in one weekend for friends and family, “just for fun.”

She did it anyway.

“I made it happen. Now it’s 20 years later and I can’t even believe it,” Dwyer said. “(It was) pretty scary, but I had the support of my mom. That’s who I learned everything from. From my mom and grandma.”

Dwyer took out a home equity loan to buy equipment and lease space, starting the business with about $50,000. Her husband came up with the name, which she sometimes regrets.

“Now I hate it, because do you know how many letters that is when you’re buying a sign?” Dwyer said.

She started selling sweet treats Jan. 24, 2000 out of a space at the corner of Willis and Stony Creek roads. She later moved into her current location, a building her father purchased 50 years ago. She said she took out another home equity loan to renovate the space, painting it bright pink.

The bakery offers muffins, cinnamon rolls, turnovers, cookies, brownies, chocolate covered pretzels, candies and ice cream daily. Cakes and pies are made to order, and range from $29 for a half sheet to $58 for a full sheet. Dwyer’s orders can range from nothing one day to four or five cakes another, to 150 dozen cookies around Christmas. Graduation season is her busiest.

“I’ll work around the clock so I can take care of people. It’s not all about the money,” said Dwyer, who runs the business primarily on her own, with occasional help from a friend and a niece who lend a hand once a week, or when she’s in need.

She’s made a variety of cakes for weddings, christenings, graduations and other occasions honoring nurses, and the U.S. Navy.

“A guy brought me a picture, he’s like ‘can you put a picture of my wife coming out of the shower?’ Luckily, she had a towel on. I’m like ‘OK, wasn’t sure how that’s going to come out.’”

She said she enjoys watching neighborhood kids grow up. Many of them affectionately refer to her as the “cookie lady.”

“I don’t have any kids myself, so they’re all my kids. I’ve adopted the whole town,” Dwyer said.