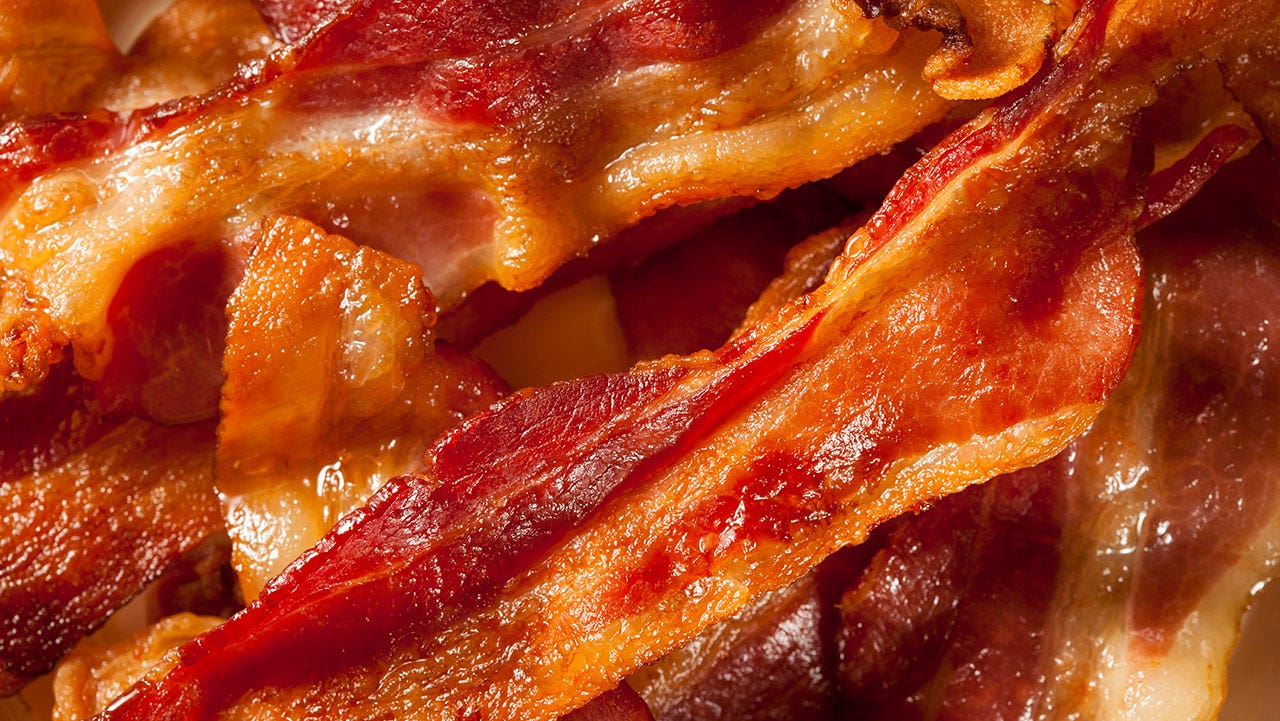 Having trouble sticking to your vegetarian diet for “Veganuary”? Perhaps a “meat patch” can help.

Strong Roots, an Irish vegetarian frozen food brand, has teamed up with an Oxford professor to develop an adhesive patch — similar in appearance to a nicotine patch — that can allegedly help to curb cravings for bacon. However, unlike a nicotine patch, which releases nicotine via transdermal means, the Strong Roots “meat patch” simply releases the odor of bacon after being scratched by the wearer.

“Our sense of smell is strongly connected to our ability to taste therefore experiencing food related cues such as smelling a bacon aroma, can lead us to imagine the act of eating that food,” claims Charles Spence, a professor of experimental psychology for Oxford, in a statement obtained by The Telegraph.

“Imagine eating enough bacon and you might find yourself sated,” he added.

The scratch-and-sniff patches, which are currently in a trial phase, are aimed at folks interested in experimenting with a plant-based diet, said Samuel Dennigan, the founder of Strong Roots.

“Brits keen to adopt a vegetarian diet are about to get scientifically proven help to wean them off their love of meat,” Dennigan claimed.

The brand has also recruited Tommy Fury, a boxer and cast member on the British reality series “Love Island,” to promote the patches on social media.

Folks on social media, however, seemed very skeptical about the benefits of a “meat patch,” and some even questioned whether or not the whole thing is simply a prank for marketing purposes.

“A bacon-smelling scratch patch?! WTF is next?” another asked.

Graham Innes, a meat-eater from England, added to the Telegraph that he had no confidence in the psychology behind the idea.

“I’m not going to be satisfied with a cheese sandwich when I can smell bacon coming from the patch — it might work for some, but it would never work for me,” he said.

“If I can smell bacon I’ll want to eat bacon — it’s very simple.”

The company hopes the make the patches available to consumers sometime in the future, according to the Telegraph.