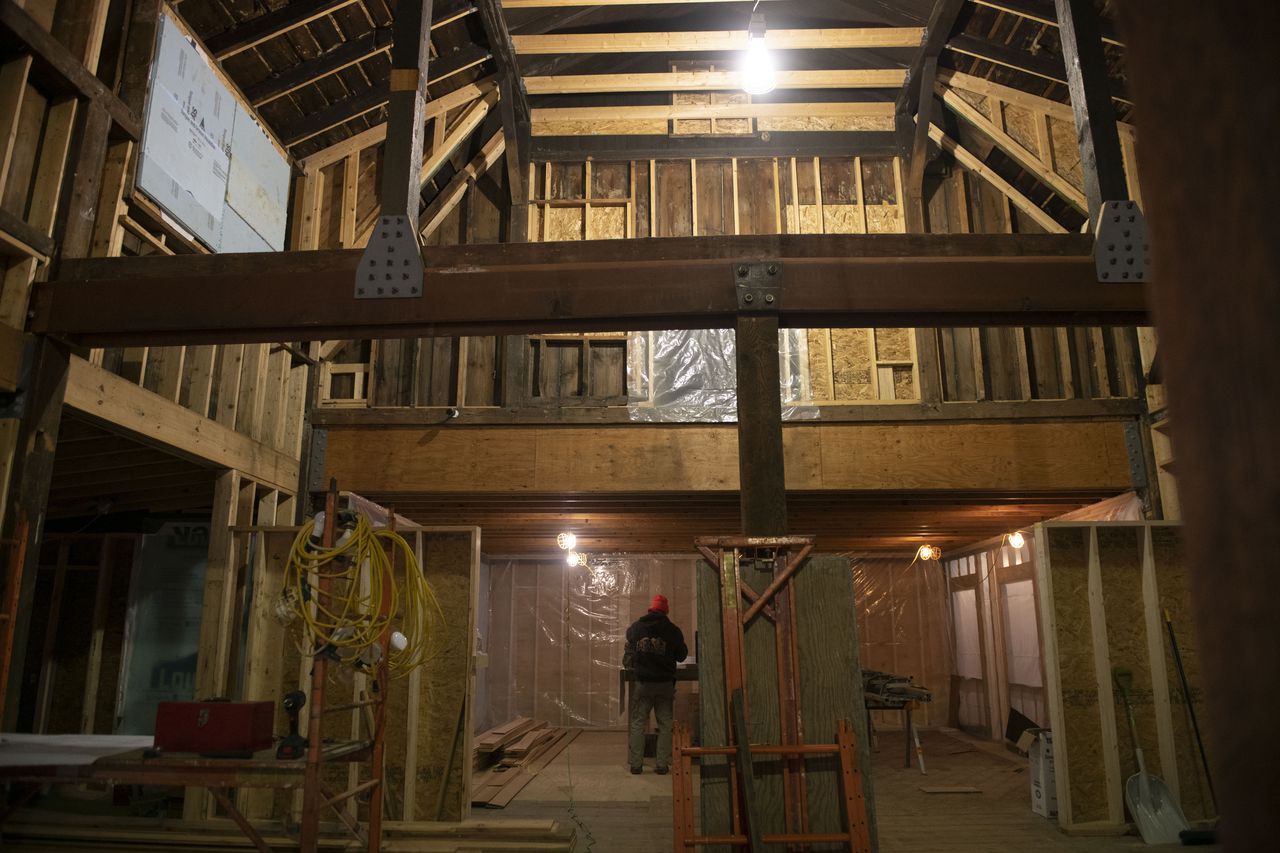 ANN ARBOR, MI — Sitting by a creek, listening to water flow with a bottle of wine and a blanket, or dining inside a charming, rustic barn is what Sava Farah envisions for her new restaurant.

The owner of Sava’s, Aventura and Wilma’s is renovating an old farmhouse for a new restaurant dubbed Dixboro House, which is expected to open in June at 5400 Plymouth Road. The restaurant will be open for breakfast, lunch and dinner, serving American fare with a “modern spin,” Farah said.

“For a long time, this was a restaurant called The Lord Fox. It was one of the most regionally recognized restaurants. Supposedly, this was one of Henry Ford’s pit stops between Detroit and Ann Arbor,” Farah said during a construction tour.

The farmhouse is believed to be more than 100 years old. It was last occupied by the restaurant Roger Monks, which closed in 2016.

The 7-acre site will serve as more than a restaurant when Farah’s new establishment opens.

Dixboro House will have lounging spaces by a fireplace, communal seating and formal dining in a century-old barn, outdoor benches and seating along the creek for a casual experience, a kids play area, and a grand dining room in a “futuristic barn” being built next to the current more than 100-year-old structure, Farah said.

“We have these two barns situated on this site. There’s 100 years of history there… then we’re building this futuristic barn,” Farah said.

The new structure will be adorned with with glass barn doors and several windows overlooking the creek and surrounding nature. Customers will walk into a neutral-colored space with grand cathedral ceilings and exposed wood before, Farah said. A new bar will be built in place of an old bar that Farah said may have existed for 100 years.

“The bar is going to kind of bleed into this loungey, sort of softer seating area around this fireplace,” Farah said. “There’s going to be quite a few different ways you can dine on this site.”

Dixboro House will be different from the restaurateur’s traditional downtown scenery, with Farah aiming for “old world charm” in her latest venture. Farah’s development team has been working on landscaping, installing a new septic tank and building a new parking lot. The space will offer about 100 parking spaces, with seating for 200, and will have a separate room and parking dedicated to carryout orders and quick bites like pastries, breakfast sandwiches and coffee.

“This is a solution to a lot of things that often fall by the wayside,” Farah said. “I think carryout is going to be big here, so I designated an area to make sure that it’s done properly and that our standard is not compromised.”

The creek flowing outside of barn will be surrounded by pathways and benches to serve as a “refuge” for guests, she said.

“For someone who might not want to have the full dining experience, but might want to take advantage of some of the outdoor amenities, for someone to be able to come on site and get a carryout, a bottle of wine and rent a blanket from us for the afternoon and go hang out by the creek, that’s a really exciting afternoon. I want us to be behind that,” Farah said.

Being in the Dixboro Village area, which Farah calls “frozen in time,” she wanted to consider the community’s needs while attracting people from downtown.

“I’m always thinking, selfishly, this restaurant is everything I want it to be. It’s going to be very parent-friendly,” Farah said. “Here, we’ve really felt like we were able to sprawl out… really build the restaurant of our dreams.”

Update: The story has been updated to reflect the owner’s name change.

Are pubs and restaurants open on Christmas Day? What the 5-day Covid bubble rules mean for eating out – iNews