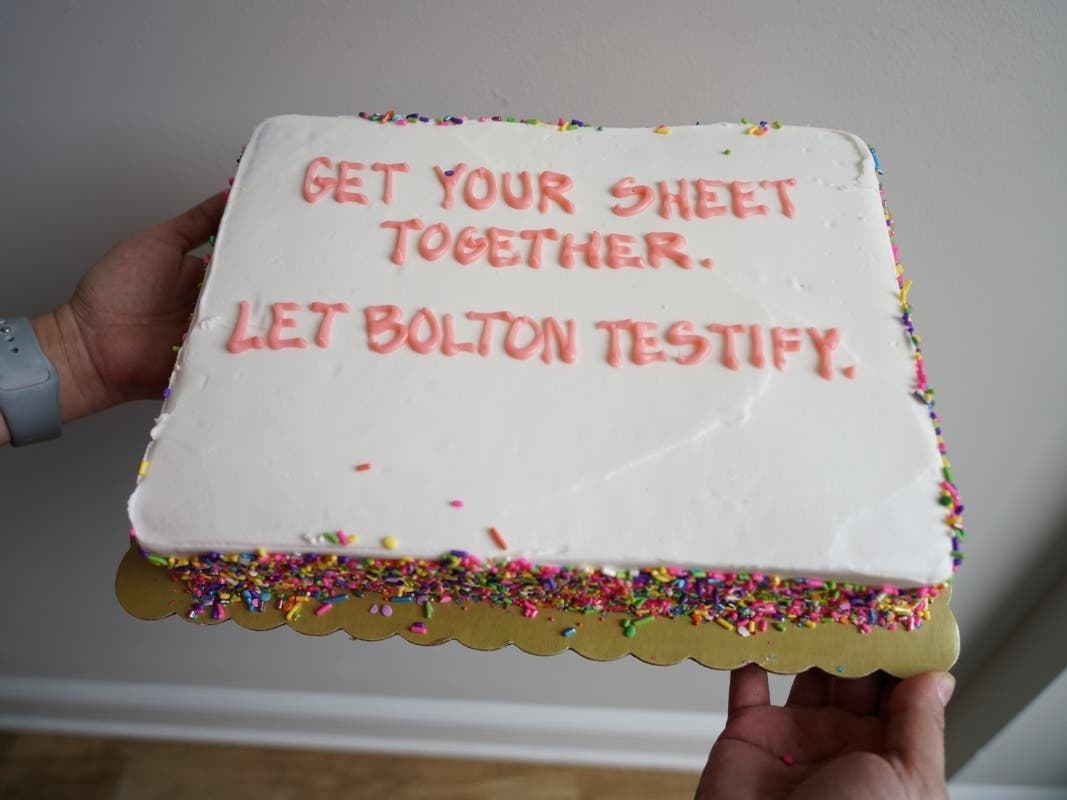 CROWN HEIGHTS, BROOKLYN — A Brooklyn bakery hopes to convince the nation’s Republican senators that allowing witnesses at Trump’s impeachment trial would just be icing on the cake.

Turns out many senators weren’t sweet on the all-in-good-pun messages.

The idea to sprinkle cakes across the U. S. Capitol started with a group of bipartisan friends with a bad taste in their mouths over news that the senate’s 53 Republicans might not allow testimony from witnesses — specifically former national security advisor John Bolton — in the impeachment trial, Kolodny said.

Kolodny and her fellow organizers brainstormed over what could send a message that transcends politics until they hit an idea that wasn’t half-baked: cake.

“We decided if cake wasn’t political perhaps it was a medium that the senators would listen to,” Kolodny said.

The friends started a GoFundMe campaign and discovered its pro-cake message hit a sweet spot. Kolodny said they hit their funding goal in two hours, leaving them wondering if their eyes were bigger than their stomachs.

Luckily, Butter & Scotch came up to the plate. The bakery’s co-owner Keavy Landreth said she knew they couldn’t realistically bake and deliver 53 cakes from their Franklin Avenue and Union Street storefront to Washington, D.C., so they commissioned a local D.C. grocery store to create blank cakes.

A Butter & Scotch employee whisked away to D. C. with a suitcase full of icing and sprinkles to write the 53 individualized pun-laden messages, Landreth said.

“Her hand, I think, is very sore,” Landreth said.

The messages range from “This is history in the baking” to “We got you this cake so won’t have pie on your face” to “Truth batters.”

All end with “Let Bolton testify.”

Organizers hoped to hand-deliver the cakes, but that plan took a licking when they were turned back from their first delivery to Sen. Ted Cruz, Kolodny said. That frosty reception continued throughout the day, she said.

“We got about three cakes through and then told there was a rule not allowing any cakes into the building today,” she said.

Kolodny said the organizers will photograph messages on each cake and send them to senators over social media to make sure they get their just desserts. As for the organizers, they’ll get have their cakes and eat them too.