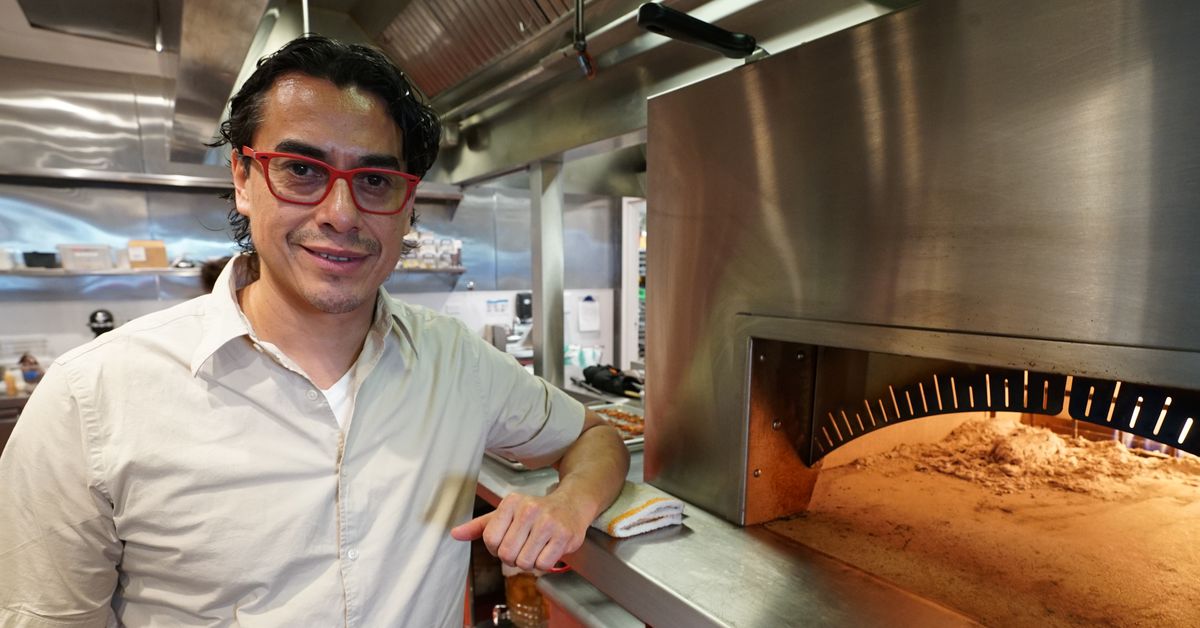 The final phase of Carlos Gaytán’s three-pronged River North restaurant project will debut February 7 and 8 with a pair of preview dinners. Reservations are live, via Tock, for Tales of Carlos Gaytán, the chef’s fine dining restaurant within Tzuco. Gaytán promises an intimate experience at the 12-seat restaurant.

Gaytán is debuting the restaurant with a 12-course menu with help from some friends. Jonatán Gómez Luna, from Le Chique; and Orlando Trejo from Ha’ (both in Playa del Carmen) are co-producing a $225-a-person dinner with Gaytán. An optional beverage pairing will cost an additional $80, according to a news release. An official opening date is upcoming, but 24 diners over the preview’s two nights will be the first customers to dine.

The chef tasted success in West Town at his first Chicago restaurant, Mexique, where he blended Mexican cuisine with French preparation. It closed in 2018, but it earned a Michelin star in 2013 and 2014, and that made Gaytán the first Mexican-born chef to preside over a Michelin-starred restaurant. After the closure, he teamed up with investors to open Tzuco, a beautifully designed space filled with nostalgic trinkets that remind Gaytán of his childhood growing up in Mexico. Gaytán also opened the first U.S location of Panango, a Mexican bakery chain that serves sandwich, breads, and coffee, in the same River North complex.

Tzuco’s unique design from Ignacio Cadena has turned heads and earned an Eater Award. Cadena also handles design duties for the new 12-seat restaurant. While Gaytán was enthusiastic about his return to Chicago, he’s really excited about Tales of Carlos Gaytán, saying it’s like nothing the city has seen.

Right now, the only other fine dining Mexican restaurants in Chicago come from Rick Bayless. Topolobampo, just south of Gaytán’s restaurants, also in River North, offers five- and seven-course tasting menus for $100 and $140 per person. Bayless’s West Loop restaurant, Leña Brava, offers four- and five-course menus for $48 and $60 per person.

Gaytán arrived in America as a teenager and undocumented immigrant. He’s since become one of the most successful chefs in the country, also crossing over to TV to make appearances on Top Chef and be featured in documentaries. He’s created tight relationships in America and Mexico, with the chefs who will assist him with the preview dinners, his fans who dined at his West Town restaurant, and his family. He credits his daughter with convincing him to open a new Chicago restaurant and his mother with inspiring its recipes.

Between closing Mexique and opening Tzuco he returned to Mexico to open Ha’, where chef Trejo works. That restaurant offers a seven-course tasting menu and Gaytán’s photo is still featured prominently on its website. Perhaps it will have some symmetry with the Chicago restaurant.

Look for more details, including a glimpse of the interiors and the official opening date, soon.