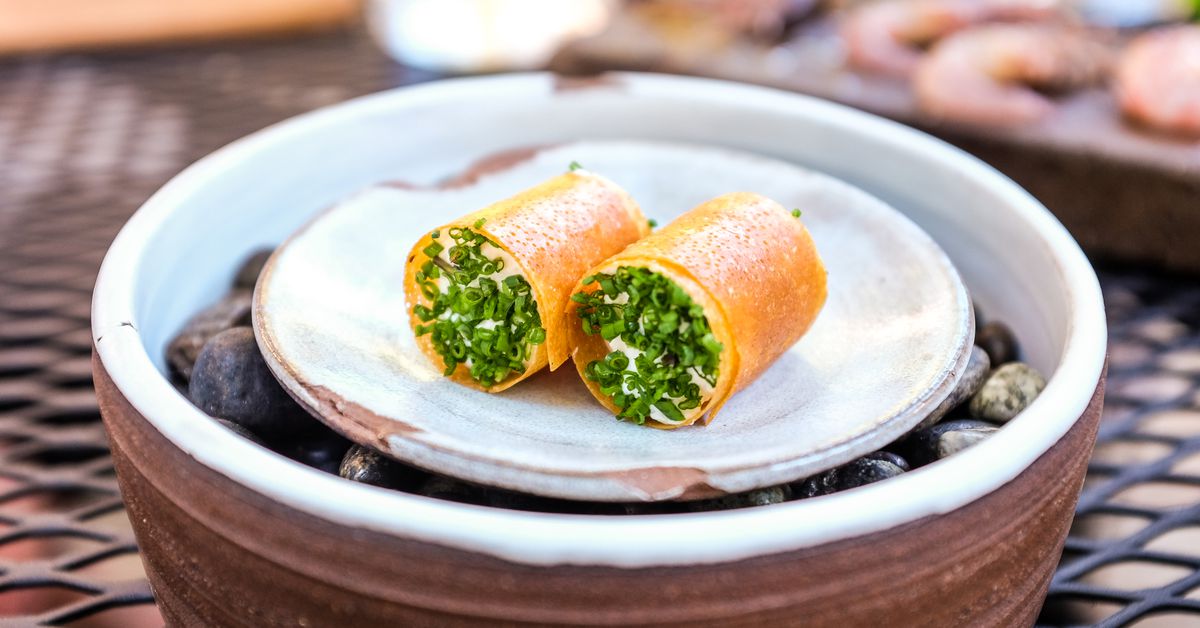 Pacific-Northwest Chef Pops Up in Austin
The sous chef from inventive Pacific Northwest restaurant The Willows Inn, Kris Kim, is coming to Austin for a pop-up dinner next month. Called REM II, the meal is being described as an “imaginative, dreamscape” dinner that “explore[s] food through the progression of dream cycles.” Kim is being joined by fellow Willows Inn cook Larry Nguyen, who had worked at now-closed Austin restaurant Kuneho and staged at Noma’s fermentation lab.

Both Kim and Nguyen currently work under head chef Blaine Wetzel at the Willows Inn. Wetzel received two James Beard Awards, one for rising star chef in 2014 and the other for best chef in the northwest region in 2015.

The Austin dinner is taking place at South First restaurant Lenoir on Monday, February 10 at 5 p.m. Reservations are $90, which doesn’t include drinks. The first pop-up happened in Seattle last year.

Texas Barbecue Restaurant History
Texas Monthly digs into the sprawling history of barbecue mini-chain Cooper’s Old Time Pit Bar-B-Que. While the restaurant business actually started in 1953 in Mason by George Cooper, the Llano location (considered the original one) opened in 1962 under Terry Wootan. The Austin location makes the most money out of the six current locations

Union Minister calls for campaign against fast food – The Hindu

Yes, you can reheat food more than once. Here’s why – The Guardian