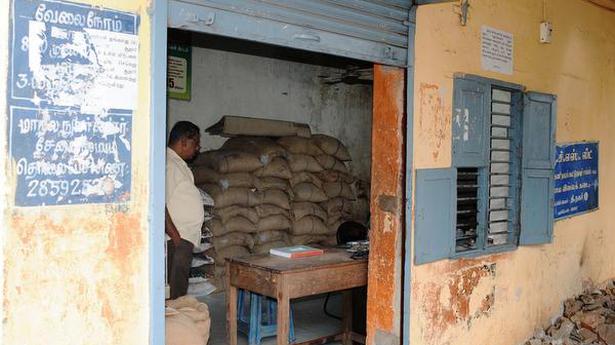 The hike comes despite the Economic Survey stating that food subsidies end up creating distortions in the functioning of the free market.

The Economic Survey had called for rationalisation of government intervention in the food grain market. It said the government’s role as largest procurer and hoarder of rice and wheat, has led to burgeoning food subsidy burden and inefficiencies in the markets.

“Subsidy as a concept is not a good idea except for few priority sectors. Subsidy is often used for populist purposes and its more political in nature than economic. Urea subsidy is supporting the farm sector, so it is justified. But why do large scale farmers, who don’t pay any income tax, need a subsidy? Providing subsidy through direct benefit transfer scheme below certain threshold should help,” Sachin Mohan, Partner & Head -Indirect Tax at KPMG (India), told The Hindu.

However, the allocation for subsidised fertilisers has fallen sharply by 11% to ₹71,309 crore from ₹79,997.85 crore allocated in the revised estimate.

Talking about fertiliser subsidy, Kunal Sood, Partner-Food & Agri sector at Grant Thornton told The Hindu, “In my view it shall prove to be strategic in the long run. The subsidy led to increased use of chemical fertilizers (urea overuse) while related increase in productivity is fast declining. Or in other words, costs exceed benefits. It also led to deterioration of soil quality (nutrient deficiency). The FM has proposed to reverse it by reducing subsidies on chemical fertilizer and encouraging organic farming. It is a long term solution which will benefit farmers and food security. Will it encourage industry to focus on designing need based products and educating farmers on efficient and balanced use of fertilizers based on soil health? A farmer is expected to use less fertiliser but more targeted to local conditions. Overall win-win,” said Mr. Sood.

Mr. Dharmesh Kant, Head- Retail Research, IndiaNivesh is negative on agri-chemical manufacturers and fertiliser manufacture after the Finance Minister announced that balanced use of chemical inputs will bring about change in the prevailing regime .

“The LPG subsidy is justified as its going to weaker sector of the society. The LPG connections under Pradhan Mantri Ujjwala Yojana (PMUY) is going up,” said Mr. Mohan.

Red velvet cake is ‘the color of joy.’ Here’s how it rose into America’s dessert canon. – The Washington Post