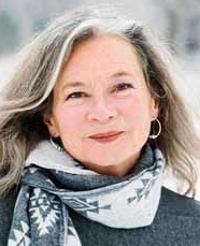 Local, seasonal food with a focus on sustainability and inclusion is a tall order.

In his book, The Third Plate, author Dan Barber talks about the need for American cuisine to evolve away from the Standard American Diet (SAD) of a large slab of meat with a small side of grain or vegetables. That model is neither sustainable, delicious or healthy. The focus has been on cheapness and speed, which leaves quality and nutrition in the dust.

Local food, a.k.a. Farm to Table, has grown as an attempt to address the quality and sustainability issue, but it has not addressed the basic premise of the SAD. Local food may not be grown well on mineral rich soils fed with compost, so the flavor and nutrition may still be impaired. Local food by definition also does not address the appearance of the “plate” that appears in most local diners and on family tables.

Barber talks about the need for a third plate that looks very different from the first two models.  The third plate incorporates fresh, local produce, marginally marketable meats and less commercial cuts of meat, fish and poultry that enhance vegetables and grains that are grown from heritage seeds on fertile soils without pesticides. The inclusion of perennial grains and fruits and foraged foods take the third plate model even farther into a sustainable future.

Why has this been such a difficult transition for the SAD? The ways we eat, in addition to what we eat, have an large role to play in the intransigence of the SAD and its refusal to budge from the current unsustainable model.

Slow food, taking time to eat with family and friends, learning how to cook the whole animal from nose to tail and embracing the rainbow of produce that goes beyond apples, carrots, potatoes and beans will move the SAD along the continuum to sustainability.

Barber wrote about the importance of how restaurant menus are developed. At his restaurant, The Blue Hills at Stone Barns, the menu used to be fairly standard, based on local food (much of which was grown at Stone Barns farm) with tweaks being made to accommodate the seasonal meats and produce that became available.  But apart from the details, the plate still featured prime cuts of meat and fish, and just a taste of the featured produce.  Concerned about the continued lack of sustainability, Barber began letting the available produce and under-appreciated cuts of mean dictate what would be on the plates of diners each day.

This paradigm change allowed the skilled chef to take a lead role in sustainable food system development. The chef as activist can support local growers, ranchers and fisherpersons, demand heirloom and sustainable fruit, vegetables and proteins, and allow the natural beauty of the seasonal cycle of food to shine through.

Coronavirus in NYC: Undocumented Restaurant Workers Are the Forgotten Victims of the Shutdown – Eater NY