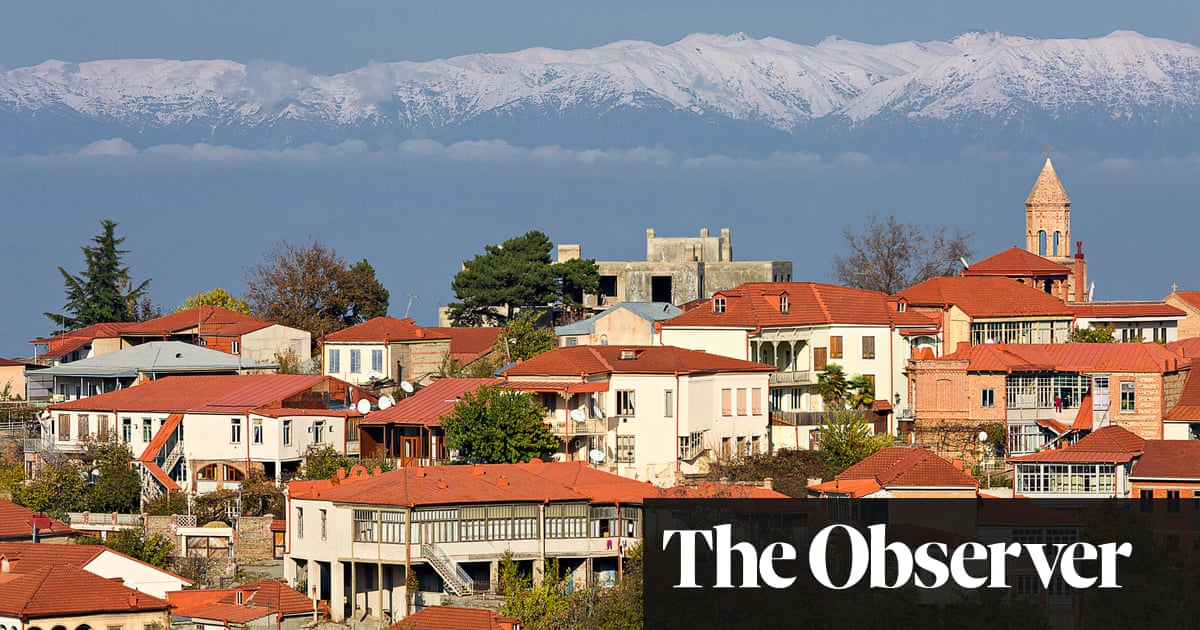 Hochar, Bekaa Valley, Lebanon 2016 (from £13.50, The Wine Society; Slurp; Cambridge Wine) Like many people I know, a lot of the food I’ve been eating so far this year could best be described as vegan-curious and vaguely Ottolenghish. It’s a way of warding off the dark and cold that feels healthier (or at least less stupefying) than rich meaty stews, and which involves cooking with citrus fruits and Middle Eastern herbs and spices, roasting aubergine and celeriac, and rediscovering the joys of yoghurt and the chickpea. Given the origins of this sort of food in the eastern Mediterranean, it’s not all that surprising that the wines that I crave to go with it hail from a similar locale. From Lebanon’s Bekaa Valley, for example, the home of the Hochar family of Château Musar fame, who make this gloriously warming, supple, rich but plum-tangy and subtly spicy (and vegan) red from a blend of four southern French grape varieties grown in a single sun-kissed vineyard.

Schuchmann Saperavi, Telavi, Georgia 2018 (from £13.99, Butlers; Bottle Apostle) The food culture in Georgia on the Black Sea has much in common with the cusines of the Mediterranean. As Carla Capalbo puts it in her encyclopaedic (and much recommended) Tasting Georgia: A Food and Wine Journey in the Caucusus, the food is “exotic yet familiar, rich in fresh vegetables and salads, subtly spiced and vibrantly flavoured, with more nuts and fresh herbs in one meal than we use in a month”. The wines that have evolved (over 8,000 vintages; this being the birthplace of wine) to match these foods are similarly “exotic yet familiar” and, in another Capalbo observation, ancient but modern-feeling. Schuchmann’s Saperavi, for example, is made from the country’s indigenous saperavi grape, which is a teinturier grape, where the flesh, as well as the skin, is pigmented. It gives an inky dark, wild blackberry and black cherry-scented, pleasingly grippy and lipsmackingly acidic, food-matchingly versatile red.

Domaine Vourvoukeli Limnio, Avdirá, Greece 2016 (from £18.40, Maltby and Greek; Harvey Nichols) A feature of Georgian and Lebanese food is to present an array of small dishes rather than a single main dish; and that’s true of the Greek meze too. That style of eating might seem to go against the very idea of the fussy food and wine match: are you really going to choose eight wines to go perfectly with each of those eight dishes? And are you going to drink them sequentially, and thus entirely miss the eclectic point of the meze, or are you going to pour yourself eight individual glasses and thus turn the meal into a kind of decadent spectacle? Fortunately, many Greek wines have the kind of structure that gives them multi-food-matching appeal, among them this superb red from the north of the country, which is made from local variety Limnio, and is full of brambly red fruit, thyme and peppery spice.

This article contains affiliate links, which means we may earn a small commission if a reader clicks through and makes a purchase. All our journalism is independent and is in no way influenced by any advertiser or commercial initiative. By clicking on an affiliate link, you accept that third-party cookies will be set. More information.

Brown food vs white food: Which one is the healthier option? – Firstpost