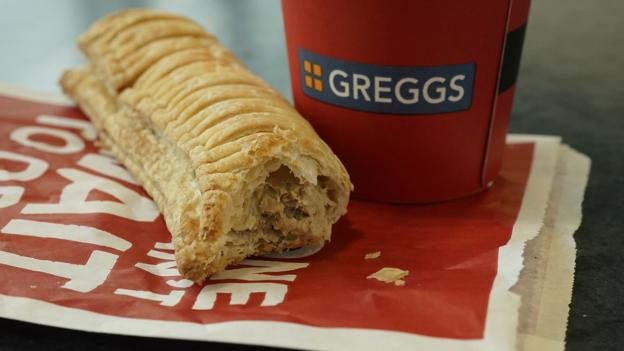 The majority of those limiting their meat consumption (over 80% in one study by Apostolidis and a colleague) are motivated primarily by health. This is a key difference to the reasons people go vegan or vegetarian. So while many may profess a desire to help the environment or animal welfare, when it comes to actually replacing meat, appealing to the health benefits is likely to have the biggest impact.

The paradox is that many vegan products that attract a big buzz, like Greggs’ vegan sausage roll, are far from healthy. “Consumers are quite funny,” Apostolidis comments. “Although they claim that they’re trying to reduce meat because it’s unhealthy, at the same time, they’re not willing to give up on the products they are used to or that they like. So when we say that something is meat-free, instantly, they believe that it would be healthier.”

The next big vegan thing

Meteoric though the rise of the vegan sausage roll market appears to have been, it’s not yet possible to accurately determine its size. Sales of meat-free foods in the UK rose 40% from £582m in 2014 to an estimated £816m in 2019, according to market intelligence agency Mintel. Edward Bergen, Mintel’s global food and drink analyst, says, “It’s very challenging to quantify the size of the vegan sausage roll market, because most sales are likely to be unbranded via food service outlets, such as cafés and bakeries, and their sales data is not readily available to people outside their organisations.”

And the Britishness of the sausage roll makes Apostolidis sceptical that vegan sausage rolls will take off overseas. “In the long term, what needs to happen is incorporating meat-free products in… the products that people are familiar with, rather than bringing something that is a bit of a strange product to them.”

That’s what’s happening in the UK; in 2019, 23% of new food products were labelled as vegan, an increase from 17% the year before. And new launches keep coming. “In the first week of January 2020, [café chain] Costa launched its vegan Smoky Ham & CheeZe Toastie, Greggs released a vegan steak bake, and [fast casual chain] Pret [a Manger] introduced a jammy new dairy-free croissant – to name just a few,” says Peta’s Carr.

Yet Apostolidis warns, “What I wouldn’t want to see is this becoming a bubble.” He urges companies to properly commit to meat-free products rather than jump on a bandwagon, by being strategic and devoting sufficient resources to these new items. He sees these as instrumental to Greggs’ success with its vegan sausage rolls.

This kind of strategic thinking would be a win-win-win for customers, businesses and the planet alike.

This Pasta Is Inspired – The New York Times