RCMP say the event was held last Friday at a school on the Eskasoni First Nation.

The Mounties say food served at the event included a molasses cake, which contained tetrahydrocannabinol, one of the main psychoactive compounds in cannabis.

“My daughter came home that night and she was very tired and she looked very pale,” said Augustine, who lives on the Eskasoni First Nation.

“I thought she had caught a virus … She said her eyes were sore and, after she went to bed, she was sweating all night … She was burning hot.” 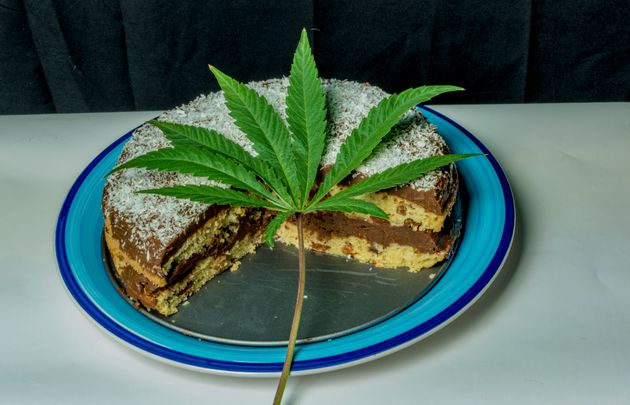 A stock image of a cake with a cannabis leaf on it.

Augustine said about 200 people attended the event, which was catered.

“My kids are usually hyper,” she said. “My (older) daughter was just sitting there, staring around.”

The Eskasoni School Board issued a statement on Facebook saying “edible marijuana” may have been inadvertently placed in a cake served during a mid-winter feast at the Eskasoni Immersion School.

“If you have digested food from this event … you should seek medical attention if necessary,” the board said in a statement.

“If you have food from this event in your possession, please destroy it immediately. The Eskasoni School Board will assist any and all individuals who have been adversely affected by this unfortunate event.”

The school has students from primary to Grade 4.

“I wasn’t informed by teachers or staff about what happened,” Augustine said, adding that she learned about the cannabis problem when she talked to another parent on Saturday.

That’s when she took her daughter to the local emergency department, where the girl tested positive for THC.

On Sunday, the girl gave a statement to police, who later told Augustine that seven other people at the feast had tested positive for THC.

Augustine said her daughter was feeling fine by Sunday.

Investigators say they have yet to determine the source of the THC.

This report by The Canadian Press was first published Feb. 2, 2020.

Shanghai becomes home to the world’s highest restaurant in a building! – Happytrips