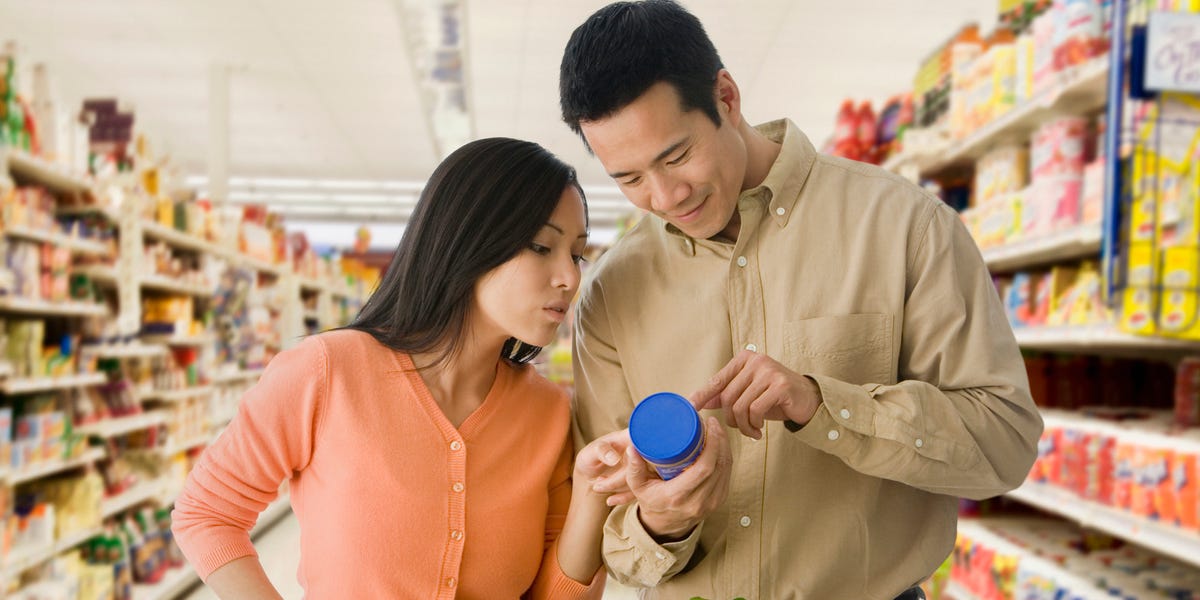 The difference between going vegan versus vegetarian primarily centers on the role of animals in food production.

Both of “these diets can be perfectly safe if done properly,” says Moskovitz. She does note, though, that you don’t need to eat vegan or vegetarian to reach your health or weight management goals.

And while one diet isn’t necessarily safer than the other, if you’re just starting out, it might be simpler to try vegetarianism first. “Vegetarianism is a bit less restrictive, and thus easier to consume a more balanced intake of nutrients,” says Moskovitz.

Here’s what experts know about the difference between vegan and vegetarianism and its health effects.

The difference between vegan and vegetarian nutritional deficiencies

Compared to omnivores, vegans vegetarians “require more attention and effort to ensure all nutrients are accounted for. It is easier to become deficient in B-vitamins, iron, Vitamin D, calcium, and protein,” says Moskovitz.

However, vegans will “have a much higher risk of all of those deficiencies, whereas, a vegetarian who is properly planning and balancing meals will have much less risk of deficiencies in general.”

A study published in Nutrients in 2014 found that vegans had an average of 738 milligrams of calcium per day, which is well below the 1,000 milligrams per day recommended by the National Institutes of Health. In fact, it was the lowest level of daily calcium intake of any groups in the study.

Semi-vegetarians, on the other hand, consumed the most calcium at around 1470 milligrams per day. Semi-vegetarians in the study were those who ate meat and fish one time per week or less.

In another study, published in 2010 in the European Journal of Clinical Nutrition, researchers found that 52% of vegans were deficient in B12, compared to just 7% of vegetarians.

That said, vegetarians aren’t always healthier than vegans. It all depends on what you choose to eat regardless of which diet you follow.

“It is too difficult to say that one specific nutrient would be more abundant in vegetarian diets versus vegans,” Moskovitz says. “If vegetarians eat a lot of eggs and dairy they likely won’t have any deficiencies. However, if they only eat eggs and dairy 1 to 2 times per week they can have just as many deficiencies as vegans since that is the key difference between diets.”

If you’re not getting enough nutrients you can try supplements to make up the difference. However, Moskovitz says, “it all varies per person and depends on other restrictions or preferences in their diet.”

“Most vegans and vegetarians would benefit from algae oil — [a] superior plant form of omega-3 — a basic multivitamin as an insurance plan. And possibly calcium, vitamin D, and B-vitamins,” she says.

The difference between vegan- and vegetarian-based health benefits

In a review, published 2017 in Critical Reviews in Food Science and Nutrition, researchers analyzed results from nearly 100 studies. They found that vegans and vegetarians had a lower body mass index, lower total cholesterol levels, and lower glucose levels compared to people who ate meat.

Another large study, published in JAMA Internal Medicine in 2013, found that, compared to people who ate meat and fish multiple times a week, vegans and vegetarians — including pescetarians — were less likely to develop and die from cardiovascular issues, diabetes-related issues, hypertension, metabolic syndrome, and renal failure.

On the flip side though: One study, published in 2019 in The BMJ, found that the stroke rates were 20% higher in vegetarians compared to non-vegetarians — primarily, researchers say, “due to a higher rate of hemorrhagic stroke.” A hemorrhagic stroke happens when blood vessels become weak and can burst and bleed into the brain.

It’s possible that this association is due to lower amounts of protective substances, like omega 3 fatty acids, on a vegetarian diet. However, with careful planning and perhaps supplementation, vegetarians and vegans can get these nutrients from non-animal sources.

Ultimately, according to The Academy of Nutrition and Dietetics, both diets can be healthy. Their official stance is that “appropriately planned vegetarian, including vegan, diets are healthful, nutritionally adequate, and may provide health benefits for the prevention and treatment of certain diseases.”