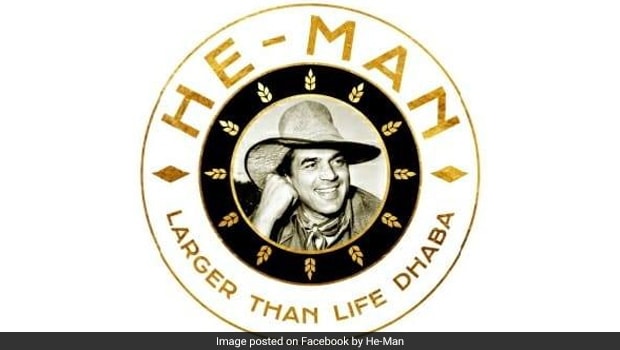 What comes to your mind when we say ‘He-Man’? For some, it is the superhero of a series of comic book; but for the Bollywood buffs, it’s Dharmendra, or as popularly addressed ‘Dharam Paaji’. With a perfect of machismo and tenderness, this veteran Bollywood actor not only won major female following, but also an evergreen popularity. After playing several successful roles in his life (actor/producer/politician), this octogenarian (aged 84 years) has come up with his second venture in the restaurant business. After foraying into the business with his first franchise ‘Garam Dharam Dhaba’, the ‘Sholay’ actor launched his second restaurant ‘He-Man’, after the title he received in Bollywood, owing to the famous roles he played.With ‘farm-to-fork’ theme, ‘He-Man’ was launched on February 14, 2020, the occasion of Valentine’s Day on the Karnal Highway. Earlier, he took to Instagram to announce the launch of this restaurant, and wrote alongside, “Dear friends, after the success of my restaurant “Garam Dharam Dhaba” now I’m announcing a first ever Farm to Fork restaurant called “He Man”. Friends, I truly appreciate your love, respect and belonging towards me. Love you all…your Dharam”.As per the Facebook page of ‘He-Man’ restaurant, it offers ‘Ghar Ka Swaad’ through the dishes. As per an ANI report, the restaurant is inaugurated near Garam Dharam Dhaba on Karnal Highway, which is already a hit due to its “filmy aesthetics and scrumptious delicacies”.So this next time, if you are on Karnal Highway, try stopping by ‘He-Man’ and have a meal. Do not forget to let us know how was it! Comments

Imposition of vegetarian food on students is wrong – Telegraph India