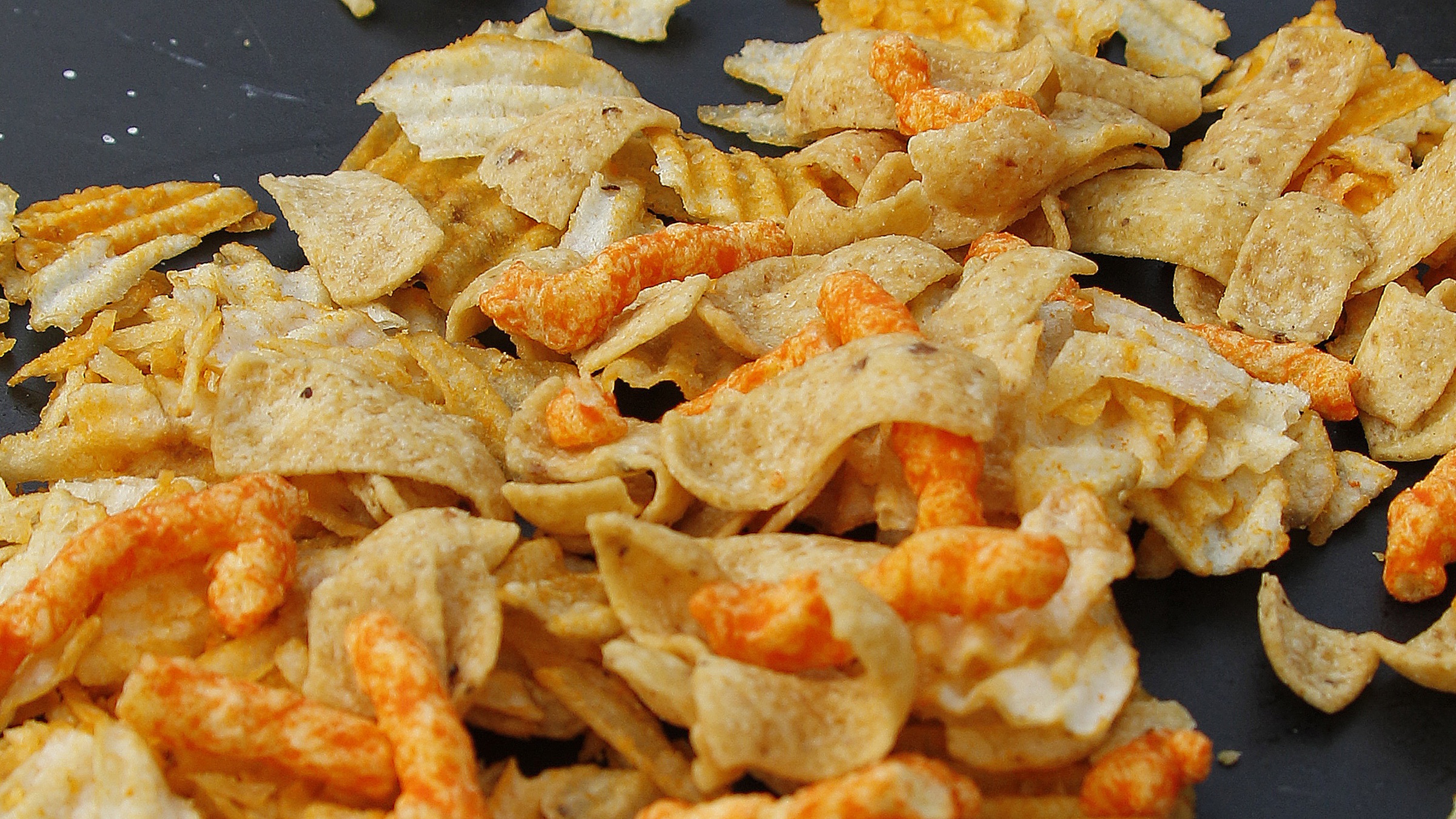 How to feed everyone, without hurting the planet.

The textures and aromas of our foods trigger reactions in our brains that control how full we feel. And as scientists continue to learn just how, some are seeking to figure out if food textures also play a role in how much we eat. There might be a reason, beyond taste, to explain why a person is inclined to inhale an entire bag of potato chips, or devour a whole plate of cookies. Even more important, the knowledge could be put to good use.

To better understand how a crunchy sensation affects how we eat, a team of  researchers from the University of Otago and the Riddet Institute in New Zealand decided to focus their work on potato chips. Their findings were published in the journal Foods last month.

The work might seem trivial. But behind the science are much bigger questions about how to best combat certain health issues. The World Health Organization says globally obesity has nearly tripled since 1975. In 2016, it estimated that more than 1.9 billion adults were overweight, with more than 650 million of them regarded as obese.

Of course, obesity can’t be regarded as a simple, standalone health issue. It’s often a precursor to other problems, including heart disease, Type 2 diabetes, and stroke. If foods with certain textures can be linked to curbed eating habits around sodium- and sugar-laden snack foods, that could be one solution. To be sure, there are groups of nutritionists who believe portion control is the key to stemming obesity.

To find participants for the New Zealand study, the researchers set out hanging flyers and using social media to reach people in Dunedin. Those who signed on were described as healthy, between the ages of 18 and 50, and not attached to any particular dieting regimen. They all also reported that they ate potato chips at least once a week. In all, 74 people were involved—31 women and 43 men.

The researchers didn’t use existing potato chip brands. Instead, they made two different types themselves. The first batch included regular chips that underwent the usual frying process. The second type went through an extra step involving “pulsed electric fields technology.” That’s a fancy way of saying they were zapped with electricity that wound up making them crispier.

Previous research has shown that a person’s sensory experience—such as taste and smell—while eating food can play an important role in how full they feel. In 2009, researchers at Wageningen University found that viscous yoghurt was perceived as more satiating than its thinner counterpart. Another study, published in 2007, found the same result when comparing chocolate milk to chocolate custard. Another study by a team of researchers at Nestlé, published in 2013, found that some people ate more when they were given soft-textured mashed food than with harder-textured food.

As part of the New Zealand study, the participants were going to be tested on how crunchiness impacted how they ate. Each person attended two morning sessions that were a week apart. They would each arrive and be fed a breakfast of porridge. Then, after 45 minutes, they were to watch a 30-minute documentary (unrelated to food) and be given a bowl of chips. The first session included the regular chips, the second session the crispier variety.

“During the test, the participants were told that they could ask for refills at any time,” the study states. “At the end of the video, each participant’s intake was calculated based on left over chips. Subsequently, participants were asked to rate their fullness.”

To be sure, the study done in New Zealand is relatively insignificant and should be taken with a grain of salt. First, 77 participants is a very small sample size—it’s tough to extract any truly meaningful or universal data from that group. Second, the study did not incorporate a meta-analysis of existing research, which would have roped in the results of other scientific studies on similar topics to expand on its small sampling. And third, it only incorporated potato chips.

Still, the study can be added to the small pile of work that’s been done on the topic. It brings a bit more nuance to what we do understand about the relationship between texture and eating habits—particularly of salty and sugary snacks, which have been associated with eating patterns that often contribute to obesity.

“In the current field of food technology, it becomes increasingly important to identify factors that help to reduce people’s caloric intake while maintaining the hedonic appeal of food products,” the study found.

With that in mind, it may be possible that major food manufacturers could simply alter the way their foods crunch and chew if they want to explore another way to proactively combat certain food-related health issues.