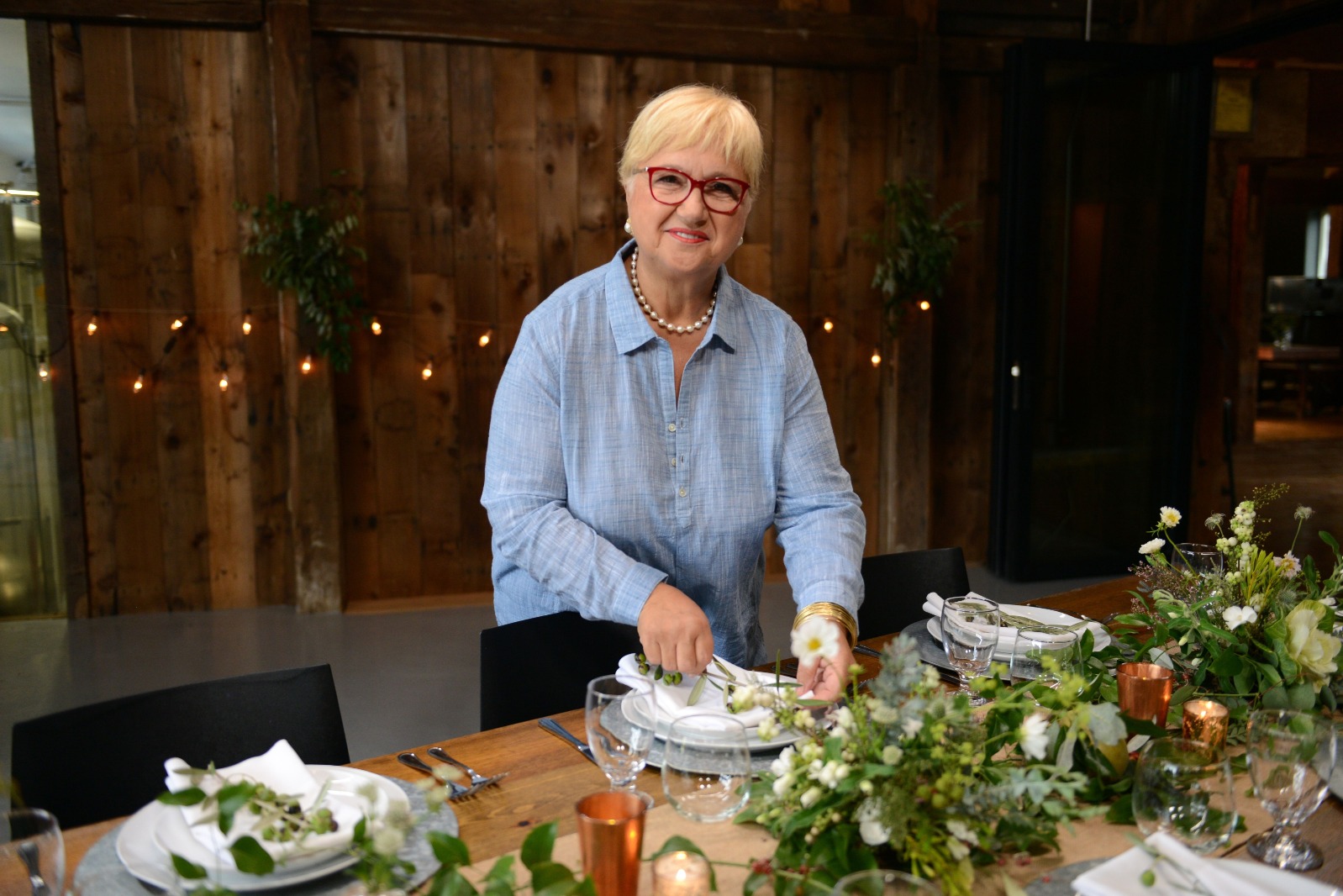 For her latest cookbook, James Beard winner Lidia Bastianich decided to revisit her roots. In Felidia: Recipes from My Flagship Restaurant, the chef shares the dishes that shot her to fame on the American culinary scene for the very first time.

“We opened Felidia in 1981, and that’s where I became a young chef. I started there,” Bastianich recalled in a recent interview with Salon TV. “Even though we had restaurants before, I was not the chef.”

Nearly four decades have passed since the iconic Italian restaurant from Manhattan’s tony Upper East Side neighborhood first opened its doors. To put this unparalleled success into perspective, a majority of restaurants in the country’s most competitive food scene close within five years.

“We’re still going very strong,” the chef said. “So I thought it was maybe about time that we pulled it all together. Why are we still there? What are the recipes that we cannot take off the menu? And in a way, you say thank you to the team that made Felidia what it is — because it’s all about team.”

One recipe that has been a part of Felidia since its inception is Bastianich’s pasta primavera, which she calls “a great restaurant dish.” Executive Chef Fortunato Nicotra continues the tradition in 2020.

“Primavera. First of all, it means spring. So one would think of all the spring elements, which is the peas, and the string beans, and the zucchini and the zucchini flowers,” Bastianich said as she explained how the dish is traditionally prepared. “So you choose whatever the fruit of the spring was. We call them the primizia — the ‘first fruits.'”

The kid-friendly recipe won the hearts of her two children. As Bastianich writes in her new book, “It’s a favorite of Tanya and Joe, who grew up at Felidia and spent many hours there doing homework and having meals with family and friends while I was busy working in the kitchen or greeting clients.”

What makes this pasta a crowd-pleaser?  A little bit of garlic and oil, butter and grated grana padano cheese.

“It’s one way of getting the kids to eat some vegetables, because if you sauté the vegetables enough — and with onions — they become sweet. And then, of course, the pasta is the carrier of it all. And you can make it in small pieces so that children will eat it.”

On her visit to Salon’s studios, Bastianich graciously shared this recipe from Felidia:

Bring a large pot of salted water to a boil for the pasta. Heat a large skillet over medium-high heat, and add the olive oil. When the oil is hot, add the garlic and cook until sizzling, about 1 minute. Once the garlic is sizzling, add the green beans and asparagus. Season with ½ teaspoon salt. Ladle in ½ cup pasta water, cover the skillet, and cook until vegetables are crisp-tender, about 2 to 3 minutes.

Uncover the skillet, add the grape tomatoes, and cook until they begin to wrinkle, about 3 to 4 minutes. Add the scallions, peas, cream, and ½ cup pasta water. Simmer until reduced by half, about 2 minutes.

Meanwhile, add the fusilli to the boiling water and cook until just al dente. Transfer the pasta to the sauce, sprinkle with the basil, and toss to coat the pasta with the sauce, adding a little more pasta water if it seems dry.

Remove the skillet from the heat, and discard the garlic. Sprinkle with the grated Grana Padano, toss, and serve immediately.

VARIATION: Omit the tomatoes. Instead of the shredded basil, make a quick pesto in the food processor with 4 cups fresh basil leaves, 3 tablespoons toasted pine nuts, and ¼ cup extra-virgin olive oil. Add the pesto to the sauce when you add the fusilli, and toss well. (You may need to add a little more pasta water at this point as well, if the pesto thickens the sauce too much.)

Like this recipe as much as we do? Click here to purchase a copy of Felidia: Recipes from My Flagship Restaurant.