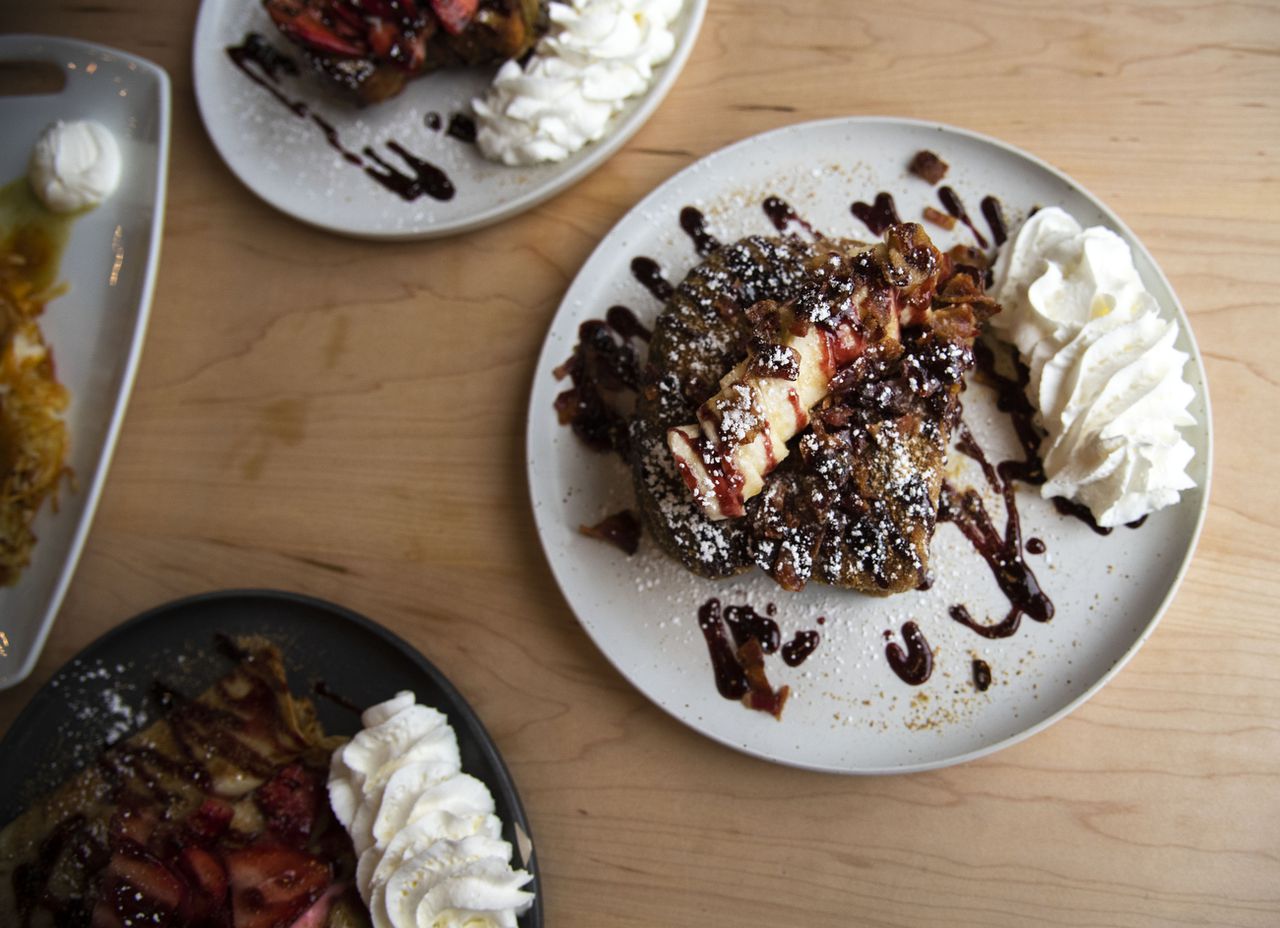 The Jagged Fork, 414 S. Main St., carries a nearly identical menu to the popular Detroit brunch cafe, which is “like a sister restaurant” to the new Ann Arbor eatery, owner Mike Kemsley said. Tom Teknos, who opened Hudson Cafe, partnered with Kemsley after he designed and built the Detroit restaurant nine years ago, Kemsley said.

The Jagged Fork opened on Friday, Jan. 24, and is already facing 45-minute waits on weekends.

“Ann Arbor is a real big city base. You don’t really need to leave Ann Arbor to do anything. We know if you do it right here, restaurants succeed,” said Kemsley, who owns four other Jagged Fork restaurants in Grosse Pointe Farms, which was the first to open in 2014; Rochester; West Bloomfield and Lathrup Village.

Each restaurant has its own interior concept. Some are warm and cozy while others are more contemporary. Ann Arbor’s is adorned in exposed brick, copper-colored containers, glass jars, whimsical lights, and what Kemsley calls a “city-urban vibe.”

The restaurant also received its liquor license but is holding off on serving alcohol for a few weeks to ensure operations are running smoothly, Kemsley said. In the meantime, he suggests trying his favorite menu items, such as the breakfast burger, tamales, very berry stuffed French toast and beef hash skillet.

Kemsley entered the food industry when he and his business partners and childhood best friends Stavros and Francesco Adamopoulos, grew up working at Hercules Coney Island in Farmington Hills, a family-owned restaurant that was sold to Leo’s Coney Island, he said. He took a hiatus to work in real estate but he couldn’t stay away.

“I always tried getting away from it, but I always came back to it,” he said.

The 2,800-square-foot space, which previously housed Marnee Thai Restaurant, seats between 76 and 80 guests. Kemsley has 10 employees in Ann Arbor but is regularly hiring.

Despite having a more metro Detroit-based presence, Kemsley isn’t worried because The Jagged Fork is, what he calls, a destination spot.

“On the other side of town, the name kind of does it for us. Out here, we’re the new kid on the block. It just goes back to the consistency, the attention to detail and making sure we love what we do. Our food Is great. We take the time to make sure that everyone is taken care of,” Kemsley said.