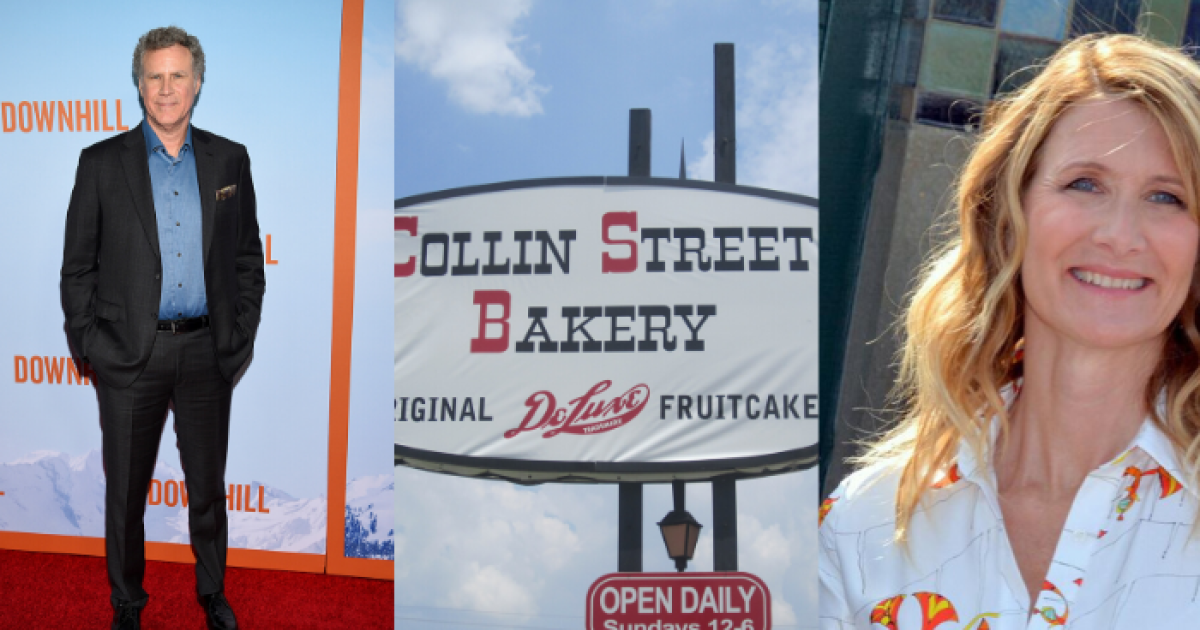 You know, the place famous for fruitcakes.

Will Ferrell is in town this month to work on the movie, Cheer’s Monica Aldama told Krista Smith on the podcast, Present Company.

Max Winkler, Henry Winkler’s son, will be directing the movie. Laura Dern will also star alongside Will Ferrell.

So what’s the story?

Sandy Jenkins was the corporate controller for the beloved bakery, and his wife, Kay Jenkins, was known as a fun person to be around in Corsicana. They were known for their lavish lifestyle.

However, Jenkins, according to Texas Monthly, had the reputation of having zero personality. Specifically, they said he had the personality of an aged basset hound. And in 2004, he started doing something no one expected of him.

The editorial said that he would type out a $20,000 check payable to CitiCard. The software he was using would automatically sign the check as Bob McNutt, the owner of the bakery.

Then he would print the check, void it in the system and mail it. Then he would type the next check payable to a legitimate bakery vendor for the same amount but never mailed it.

When he was arrested in 2014, he had embezzled about $16 million from the bakery.

According to documents filed in the case and evidence proffered at the sentencing hearing, beginning at least as early as December 2004, and continuing until his termination from the bakery, Sandy Jenkins engaged in a massive scheme to defraud the bakery.

During that time, he embezzled more than $16 million from the Bakery, and he and his wife, Kay Jenkins, used that money to bank-roll a lavish lifestyle. The government introduced evidence at sentencing identifying the 223 trips on private jets as well as the locations (primarily Santa Fe, New Mexico; Aspen, Colorado; and Napa, California, among other places), with a total cost that exceeded $3.3 million.

Authorities were able to recover about $4 million in property and cash that was turned over to the bakery.

‘Vegetarian’ Virat Kohli Adds Eggs To His Diet & Trolls Jump On The Chance To Remind Him – MensXP.com

COVID-19 effect: Dining out or not? Delhi-NCR eating out places and restaurants are now open – The Financial Express