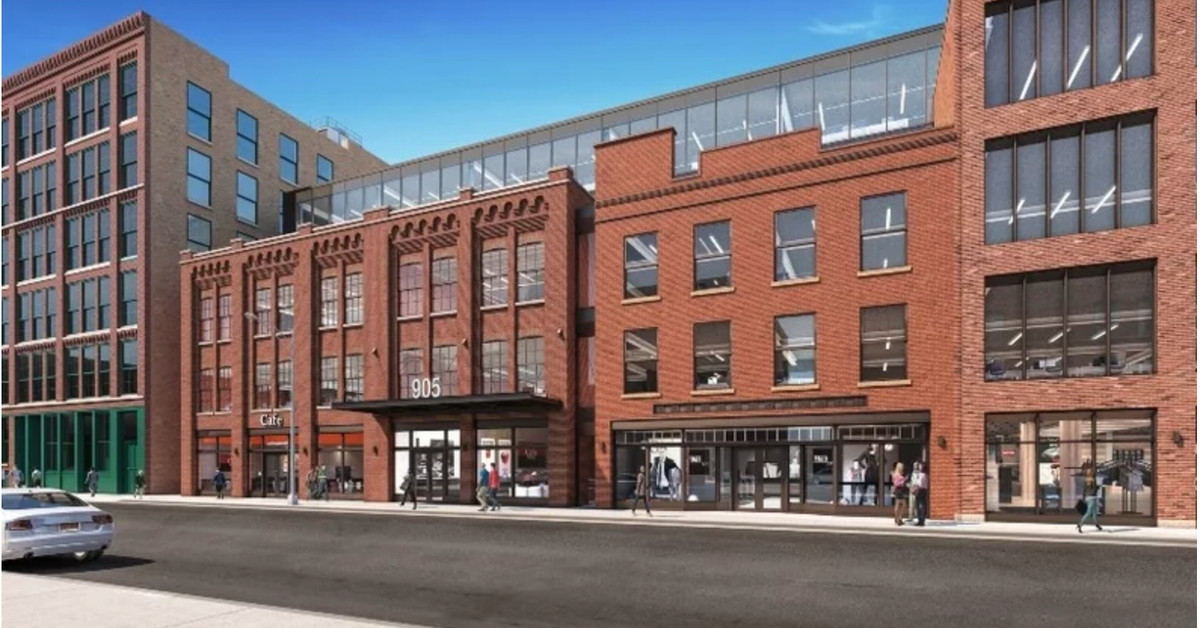 Greek restaurants were once a big reason diners would visit the West Loop, but Greektown’s presence along Halsted Street is now dwarfed by Randolph Restaurant Row and Fulton Market. In an act of serendipity, one of the restaurant companies responsible for making Randolph Street trendy, DineAmic Hospitality — owners of Bar Siena, Bandit, and Bombobar — have announced plans to open a Greek restaurant in the neighborhood. The restaurant, which doesn’t have a name yet, should open in early fall inside a newly built 8,000-square-foot building at 905 W. Fulton Market.

“We’ve been dying to do a Greek restaurant for a while,” said DineAmic co-founder David Rekhson.

Rekhson has traveled to Greece every year for the last seven. His wife, Vasoula, is a first-generation Greek American. Rekhson laughed when asked if the restaurant would be DineAmic’s answer to currently popular Mediterranean restaurants like Aba in Fulton Market and Beatnik in West Town. Avli, with locations in River North and Lincoln Park, has brought modern Greek food to the forefront in Chicago. Rekhson said the timing is coincidental; they just couldn’t find the right space until now.

Rekhson’s partner, Lucas Stoioff, last year visited the Greek Islands for the first time with his wife, Karolina. The two families hung out together and the Stoioffs were finally able to see what made the country special to the Rekhsons. That further set off the chain of events that led DineAmic to this project.

The Greek lifestyle — the seafood diet, strong wines, and late nights — all have their appeal, to Stoioff. But he added how surprised he was by the islands’s diversity and marveled at the differences between places like Mykonos and Santorini: “It’s so much more than I thought it was,” he said. The country’s “general ethos of wellness” also impressed Stoioff.

They haven’t decided on a chef, but Stoioff wants to bring that same diversity to his restaurant’s menu. They’re building out a hearth to use charcoal and wood and there will be a focus on seafood and vegetables. Expect to see the same approachable food and space DineAmic has featured at their other establishments. These are bars and restaurants where customers can get a full meal and stay for the DJs and dance floor. DineAmic is still working on the drinks and music for the space. But Stoioff noted that many traditional Greek flavors — lemon, oregano, and basil — go well with cocktails.

So, in short — don’t expect white and blue tablecloths and the old-school atmosphere made famous in Greektown. DineAmic has other ideas with a room full of earthy tones. The space has room for 290 and there’s an outdoor patio. There’s also a chef’s table with a view of the open kitchen. They’ll share a building with Mondelez International, the makers of Oreo, Ritz, and Triscuit. New construction gives DineAmic room to play. The restaurant will take up the ground floor on the southwest corner of Peoria and Fulton Market. The space also includes a pair of private dining rooms that can be sectioned off or made part of the main room.

Another break from traditional Greek restaurants isn’t that DineAmic won’t focus on importing ingredients. There will be certain imported staples, like olive oil, but Rekhson said they’ll proudly source locally.

Stoioff called his visit last year to Greece profound. Chicagoans will see if that translates to a successful restaurant later this year. It’s not Greektown, but the new restaurant is a short walk from the longtime hub of Chicago’s Greek culture.