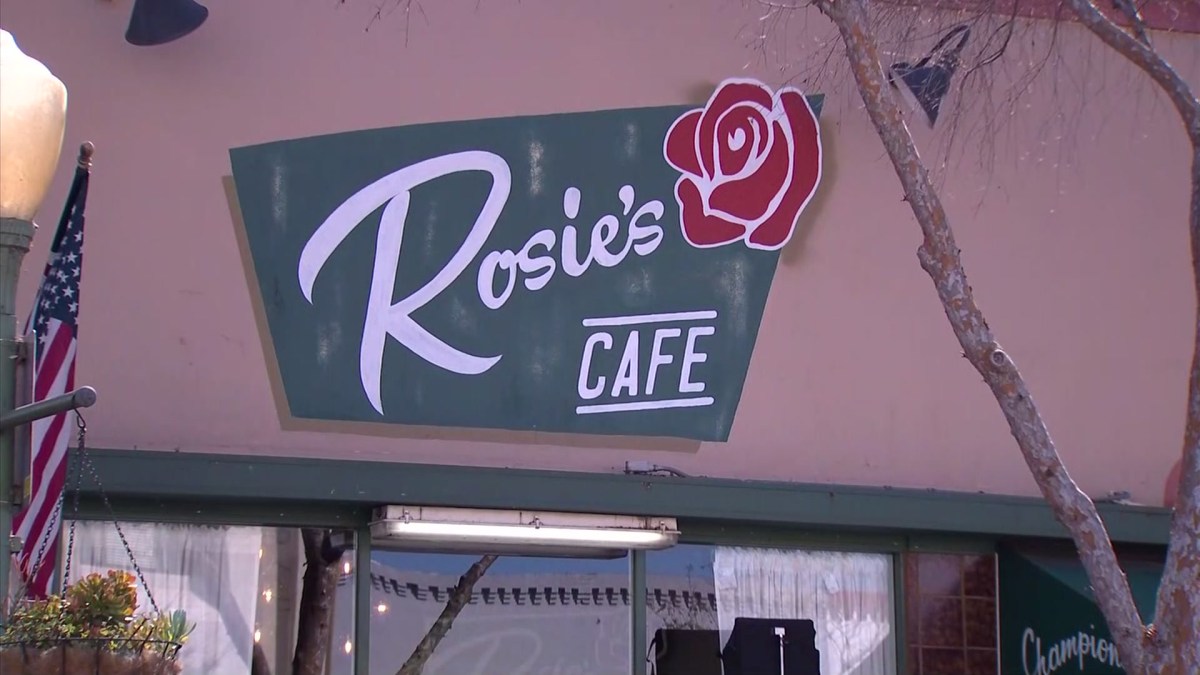 Stars of the Food Network show “Restaurant: Impossible” will be among attendees of a fundraiser Monday for the owner of a retro Escondido, California, restaurant who was severely injured in a hit-and-run crash days before Christmas.

Robert Irvine, Taniya Nayak and Tom Bury of the restaurant makeover show shared a photo of themselves at Rosie’s Cafe ahead of the block-party style event for the restaurant’s owner, Kaitlyn Rose “Rosie” Pilsbury, 33.

The team helped Pilsbury transform the more than 90-year-old restaurant in an episode that aired in April 2019, outfitting the restaurant with 1940s-style mint green and red decor.

Months later, on Dec. 21, Pilsbury was struck by a white Ford Explorer while she was riding her Harley Davidson motorcycle through Vista. The crash sent her to the ICU of Palomar Medical Center, where she remained in a coma for weeks.

Meanwhile, the restaurant’s staff struggled to keep the establishment afloat without her.

“She’s not there to run her business so they’re struggling. Everything they get today is going to her and her family to help her,” said a fellow Escondido business owner, Louisa Magoon of the Grand Tea Room.

According to the restaurant, Monday’s event — designed in a boardwalk theme for the New Jersey native — was planned by the Food Network to support the restauranteur and her family as she continues her journey to recovery, according to a Facebook post from the restaurant.

The owner, Kaitlyn Rose, remained unconscious in the ICU on Saturday evening. NBC 7’s Danica McAdam is live in Escondido.

Magoon of the Grand Tea Room, who was helping sell tickets to Spanish speakers, said Pilsbury was an involved community member so it only makes sense that the community would come together to support her.

“I’m over the moon with excitement because she is such a nice girl and she works very hard for her business,” Magoon said.

The block party started at 3 p.m. and cost $20 to attend. Though reservations were required to be made by Valentine’s Day, a tweet from Irvine hours ahead of the event urged people to stop by.

All the proceeds will be donated to Pilsbury and her family, the restaurant said in a Facebook post. A more traditional GoFundMe set up following Pilsbury’s accident had raised about $27,000 by Feb. 17.

Rosie’s Cafe is outfitted with pictures of Rosie the Riveter, an iconic figure for Pilsbury. The restaurant owner is known to wear her hair like Rosie the Riveter and rolls up her sleeve to show off her bicep for photos with customers.

In its decades in the heart of downtown Escondido, along Grand Avenue near Broadway, the restaurant has been owned by four different people; Pilsbury has operated the establishment as Rosie’s Cafe since 2016.

NBC 7 has reached out to SDSO to see if an arrest has been made in the hit-and-run that injured Pilsbury but had not heard back from SDSO on the Presidents Day holiday.

The suspect was previously described as a 6-foot-tall man in his 30s with short hair and an approximately 4-inch beard.

The driver left his SUV at the scene at West Vista Way and North Melrose Drive in Vista and ran away on foot, SDSO said. The registered owner of the SUV was not a suspect, authorities said at the time of the crash.

The Top It Cake Shield Aims to Protect Birthday Cakes from Flyaway Germs and Spit – GoodHousekeeping.com