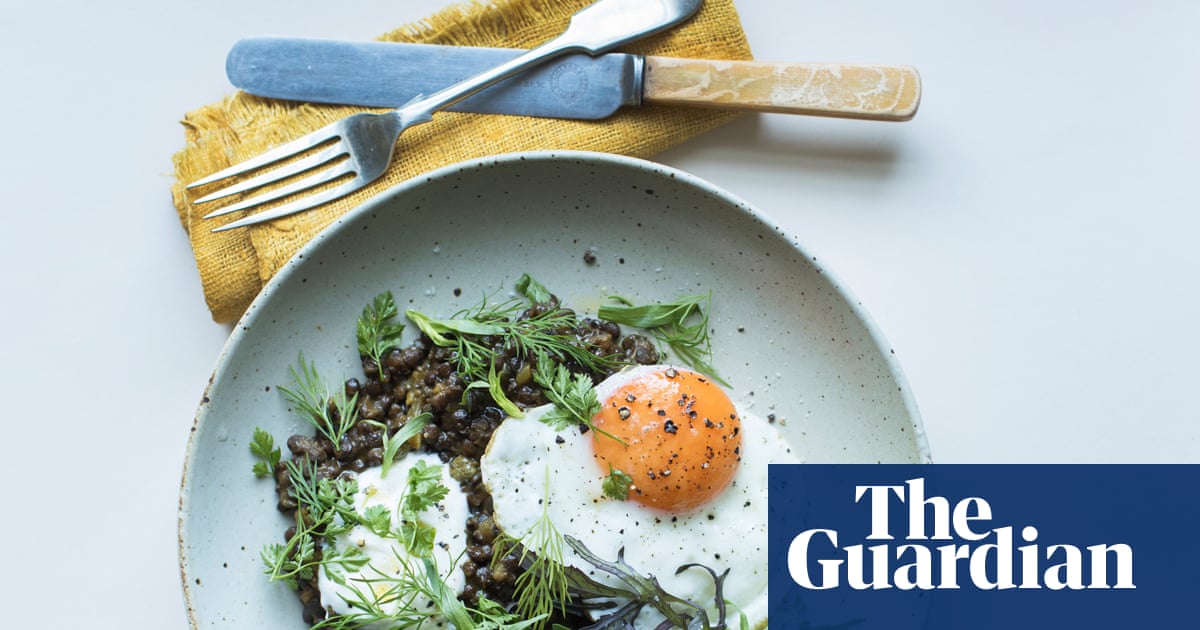 Cooking for one can often feel a bit sad. How do I make it more fun?
Dave, Brighton

Writers lead pretty solitary lives – working alone more or less comes with the turf – and those who write about their, and our, tea are no exception. According to Diana Henry, a leading light of the modern genre, perhaps the single most important aspect of cooking for one is to view it as an opportunity: “You don’t have to please anyone but yourself,” she says, “and that’s a real bonus. And plan your meals for the week, so you have things to look forward to.” In that respect, at least, solo cooking isn’t that much different from any other kind. “Some food writers, notably Nigel Slater, are very good at dishes for one or two,” Henry adds, “so go through your cookbooks marking up dishes you love the look of but have never made. This is your chance to try them.”

Henry, who now has all of 12 recipe books under her belt – the latest is the current bestseller From The Oven to the Table – says Dave also has to accept that there’s no overnight cure. “It’ll take a while to shift from the baked potato or ready-meal mindset. I’ve cooked just for myself for periods of time, when the kids have been away, and grew to love it. Eventually.” Her eureka moment came when she started buying ingredients she’d never have considered had she been cooking for a crowd. “I’d only ever looked on them as luxurious or expensive,” she says, “but supper suddenly looks a lot more enticing when you know you’re having wild mushrooms or scallops. Once you see cooking for yourself as a chance to have a treat, you start both to cook better and to look forward to it.”

Valentine Warner, whose new book, The Consolation of Food, is an intriguing collection of culinary reflections and recipes, says the key is to look on it much as you might solo dining out. “Many people, myself included, can think of nothing better than eating alone in a restaurant with only a book for company, and similar principles apply at home.” Take cheese on toast, he says: even an apparently minor upgrade such as going to the effort of making a proper rarebit instead can lift the spirits hugely. “In fact, toast is a generally underrated vehicle for all manner of delicious passengers. I’m so obsessed with putting good things on toast that it’s now an all-consuming passion in my kitchen.”

On a practical level, of course, some dishes should be left well alone. “Any kind of braise or a big roast is way too much for one person to work through,” Henry says, “but pasta, risotto, fillets of fish, or even a small whole fish – red mullet, bream, mackerel – are perfect.” And if you really can’t do without poultry, she says, cook chicken thighs or a small whole bird. “You do need a plan for the leftovers, though.” Duck breasts, pork escalopes and lamb fillets are other good options, she says. “And if you’re having eggs, don’t stick just to scrambled – bake them with a little cream, say, or make an omelette and fill it with smoked haddock, leeks and cheddar.”

It may be stating the bleeding obvious, Warner says, but as with any meal, it’s not all about the food, either; the atmosphere in which you eat it is almost as significant. “Solo cooking is an ideal opportunity to roll out the red carpet every now and then.” Once or twice a week, he says, make sure you lay the table properly, uncork a good bottle of wine, light a candle, fold a proper napkin. “And for heaven’s sake don’t eat in the middle of whatever mess you’ve got piled up on the kitchen table,” Henry adds. “That’s just bloody sad, and will only dampen the mood.”

Failing all that, Warner says, there is one guaranteed way to bring a buzz to the solo meal. “Cook naked!” he says. “If nothing else, it adds a certain frisson to otherwise mundane tasks such as peeling spuds or grating cheese.” Just be extra-careful, though: the potential repercussions don’t bear thinking about.

• Do you have a culinary dilemma? Email [email protected]

Having your cake and eating it too! – Hindustan Times