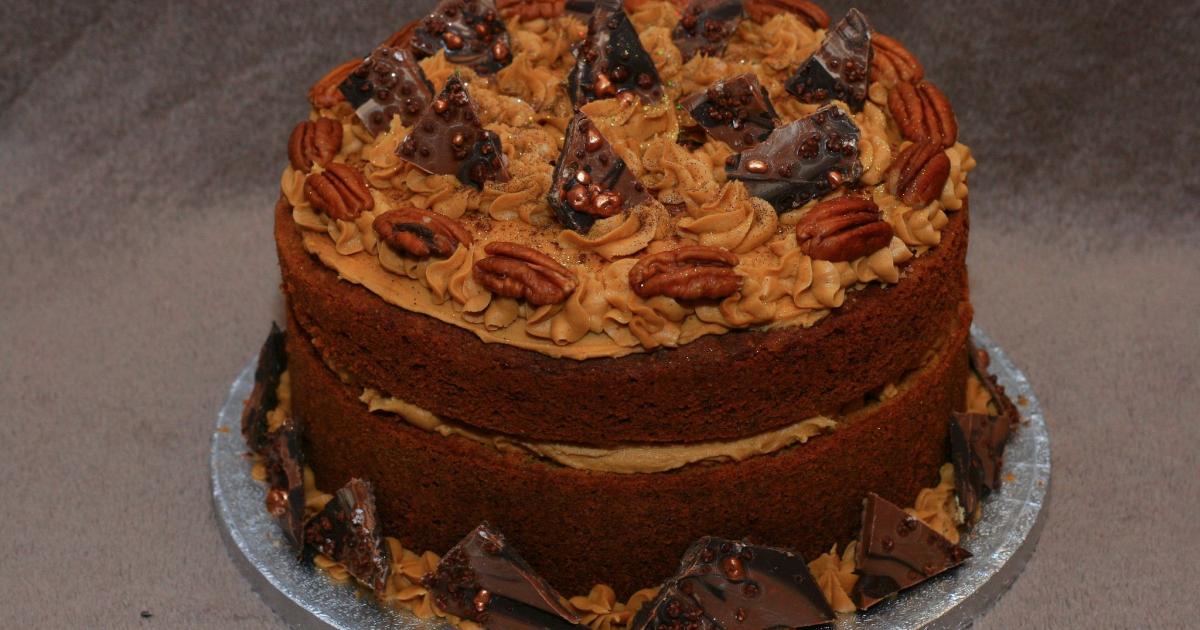 Coffee cake is a British classic but has made its way to America and has since been overhauled. The differences that separate the two styles are minuscule but it doesn’t hurt for anyone to master both. For today’s recipe, we’ll be focusing on the original. It’s quite simple and preferable when enjoying some brewed coffee.British vs AmericanCoffee cake is a cake that is either flavored with coffee or with something else and served with brewed coffee. Although it’s is considered a British classic, it actually started in Vienna, Austria during the 17th century.

While it was spreading across Europe, becoming a traditional accompaniment with the actual beverage [VIDEO] across Europe, Germans and Scatanavians refined the formula and eventually brought it to the U.S.A classic coffee cake formula is pretty much that of a sponge cake flavored with coffee. The cake is layered with icing or buttercream which also contains coffee. The American version, however, is a singular cake that uses other flavors like spices and sometimes includes fruit or nuts. It’s traditionally topped with a streusel finish but a glaze will also do.
The recipe below is for the British style coffee cake. As for the American style cake, that’s another recipe for another time, so stay tuned.The recipeThe formula for this coffee cake is pretty much a square mix; normally used in simple pound cakes and sponge cakes and will be flavored with coffee essence. Additionally, the recipe includes self-raising flour for added leavening power. Rule of thumb when combining this with baking powder is to use one cup of the former with one teaspoon of the latter.Cake ingredients:150 g (1 1/4 cups) self-raising flour1/4 tsp kosher salt1 1/2 tsp baking powder150 g (3/4 cup) brown sugar150 g (1 1/4 sticks) unsalted butter or margarine3 medium-sized eggs1 tbsp coffee essenceIcing ingredients250 g (2 cups) icing sugar113 g (1 stick) unsalted butter1 tbsp coffee essence1/4 tsp vanilla extract1-2 tbsp milk for adjustmentsWalnuts for garnishing (optional)The directionsCake directionsPreheat the oven to 160°C. Grease a couple of 18 cm (7-inch) round pans with butter and dust with flour.Put all of the cake ingredients in a bowl of a stand mixer fitted with a whisk attachment at medium speed until smooth and fluffy.Divide the batter among the two pans evenly and bake in the oven for 30-35 minutes or until an inserted toothpick comes out clean.Remove from the oven place to cool for 10 minutes, then run a knife around the edges and turn the cakes out on a wire rack to completely cool.Shave the domes off each cake using a cake knife, leaving flat tops.Icing directionsCombine the icing sugar, butter, coffee essence, and vanilla extract in a bowl and whisk until soft and fluffy. Add the milk by the tablespoon for adjusting to the desired consistency.Spread half of the icing on over the flat top of one of the cakes. Place the second cake on top of the glazed surface of the first cake evenly with a spatula. Place the remainder of the icing in a piping bag fitted with a tip of choice. Pipe swirls (or other shapes of choice) in patterns on the surface of the top layer. Optionally, stick walnuts onto the icing shapes as desired.Serve the cake or seal and refrigerate.Serves: 12

Richmond startup wants to be the ‘Kayak’ of restaurant supplies – RichmondBizSense