Mardi Gras—it’s that other holiday in February so often overshadowed by its predecessor, Valentine’s Day. We stand in defense of Mardi Gras (even on the rare occasions when it is held in early March). In fact, we will go so far as to argue that it is the superior holiday. Single or not, Mardi Gras does not discriminate—everyone is invited to the party. As far as food goes, there’s a reason it’s called Fat Tuesday. Here are seven vegan recipes that give Mardi Gras the respect it deserves. 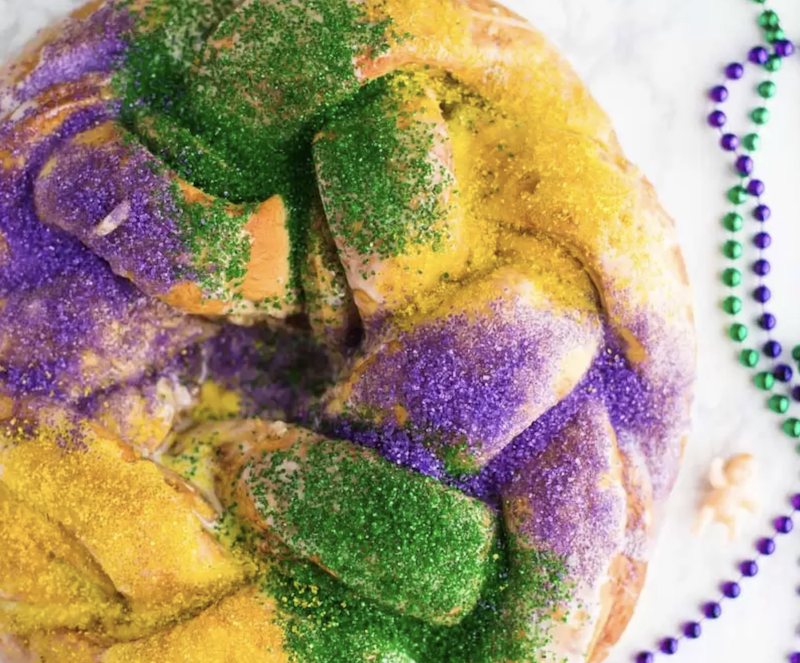 1. King Cake by Food with Feeling
This beautiful braided, brown sugar-stuffed showstopper is an essential component of any Mardi Gras celebration. Tradition dictates that the baker hide a ceramic baby figurine inside the cake, so enjoy carefully. The guest who receives the slice with the figurine is responsible for making (or buying) the king cake next year. This cake is so good, we don’t care if it increases our chances—we’ll take two slices, please. 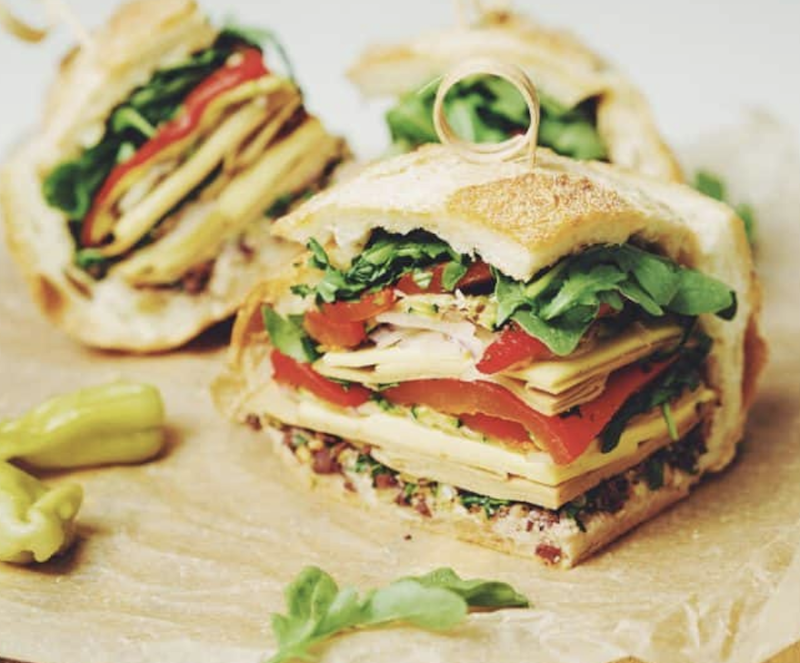 2. Muffuletta by Hot for Food
When it comes to seriously complex sandwiches, the muffuletta is a top contender. It’s a perfectly engineered stack of (vegan) meat, cheese, toppings, and bread—the latter of which is ingeniously carved out in order to accommodate for more sandwich filling. This one features a briny olive tapenade, seasoned sliced zucchini, roasted pepper, vegan deli meat, vegan provolone, peppery arugula, and a crusty sourdough. It’s a feat in itself if you can get everything in one bite. 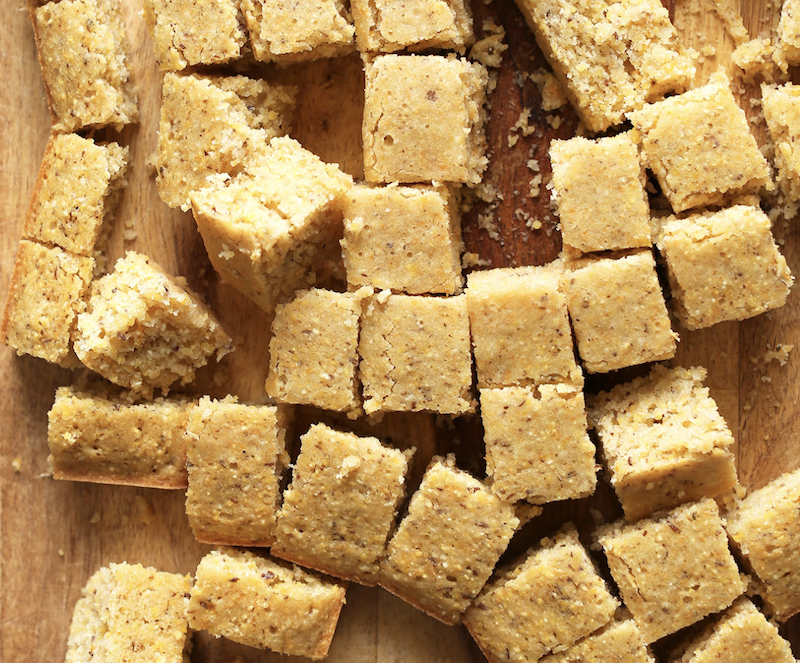 3. Perfect Vegan Cornbread by Minimalist Baker
The act of adding sugar to cornbread is divisive, and while this recipe does provide a few sweet notes, the sugar is pleasantly balanced making for a true cornbread instead of a cake that tastes like corn. It’s buttery, crumbly, and so moist it nearly disappears when pressed to the roof of your mouth. Serve alone, with a swipe of vegan butter, or atop some vegan gumbo. 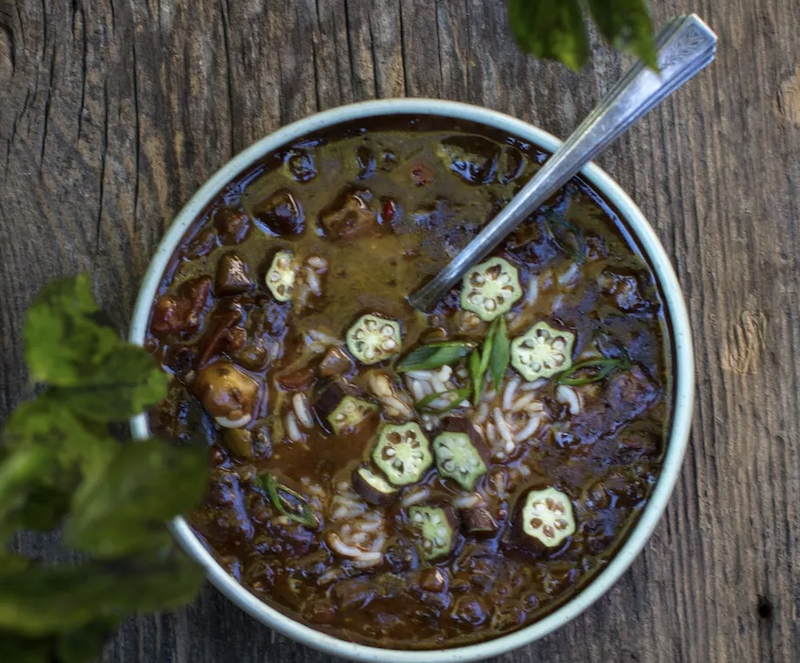 4. Gumbo by Timothy Pakron
Gumbo is a point of pride in the South, and for good reason; some take hours to prepare. Thankfully, this recipe is more manageable and still delivers on flavor. It does require quite a shopping list though, so make a big batch and use up those seasonings. The result is a thick, belly-warming stew that will turn anyone into an okra-obsessive. Serve over rice or with a side of cornbread. 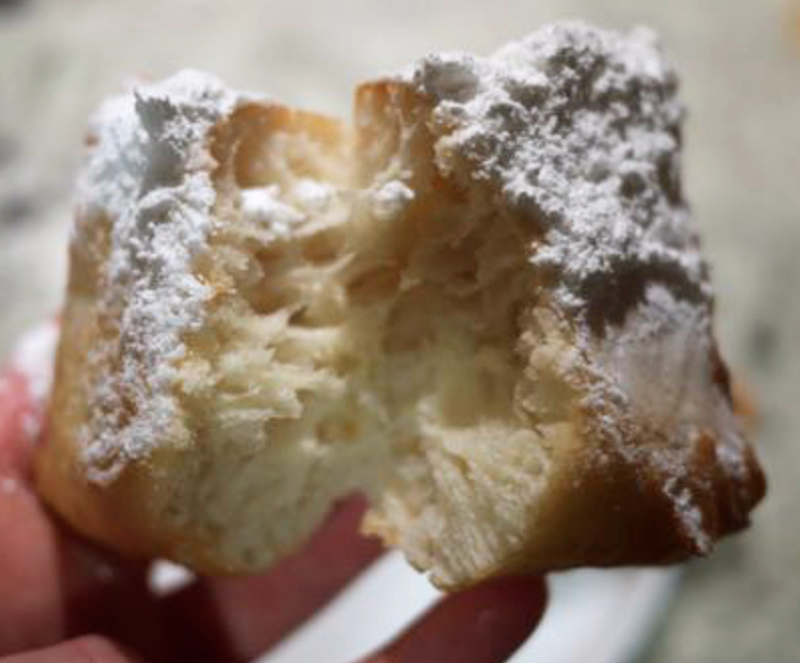 5. Beignets by KQED Food
Transport yourself to the French Quarter with these fluffy, powdered sugar-dusted doughnuts worthy of Cafe Du Monde. They take a little love and patience to prepare, but the final product is beyond worth it. When prepping, be aware of timing—beignets are best served piping hot. 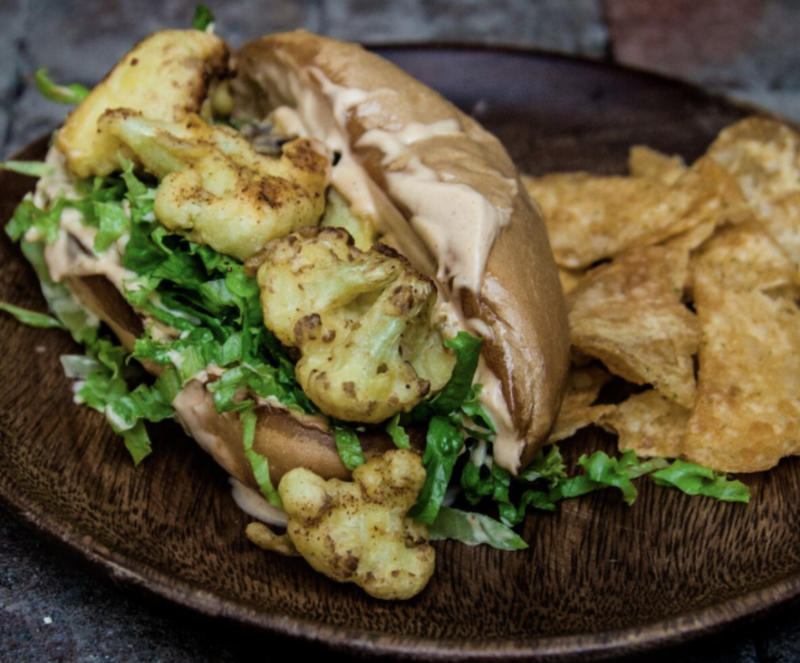 6. Cauliflower Po’ Boys by Wicked Healthy
Seasoned with Old Bay and fried to a crisp, these plant-based, sriracha mayo-slathered sandwiches expertly mimic the classic shrimp po’ boy. Serve on a fluffy roll and savor the simplicity of a perfectly made sandwich. 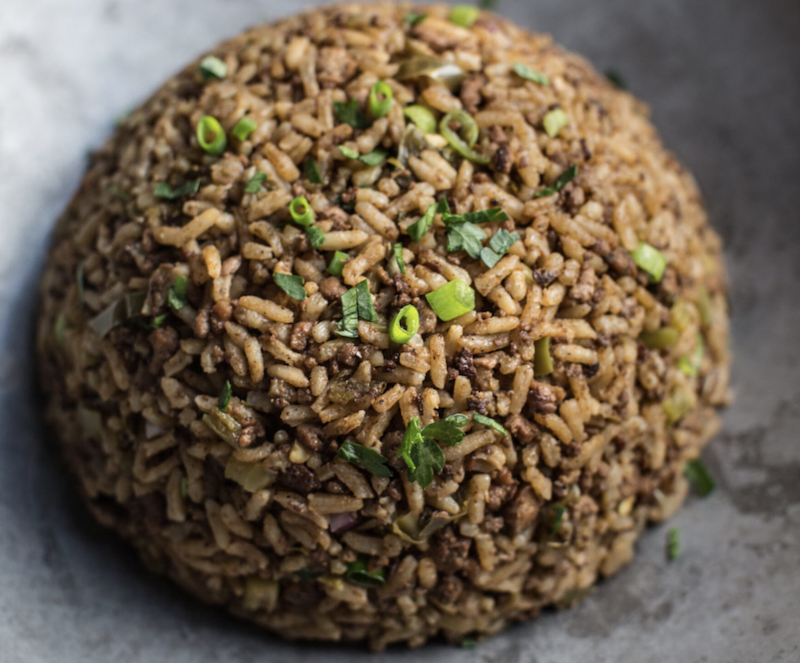 7. Dirty Rice by Mississippi Vegan
One bite of this savory, smokey, slightly spicey rice and you’ll never look at minute rice again. Thanks to the addition of vegan Worchestire, red wine, liquid smoke, paprika, bay leaves, and an assortment of other flavor-enhancers, this rice is unapologetically bold. Tradition often includes sausage, but this recipe relies on firm tofu for its protein pull. You can easily swap in a Beyond Brat or Field Roast link if you have some on hand.