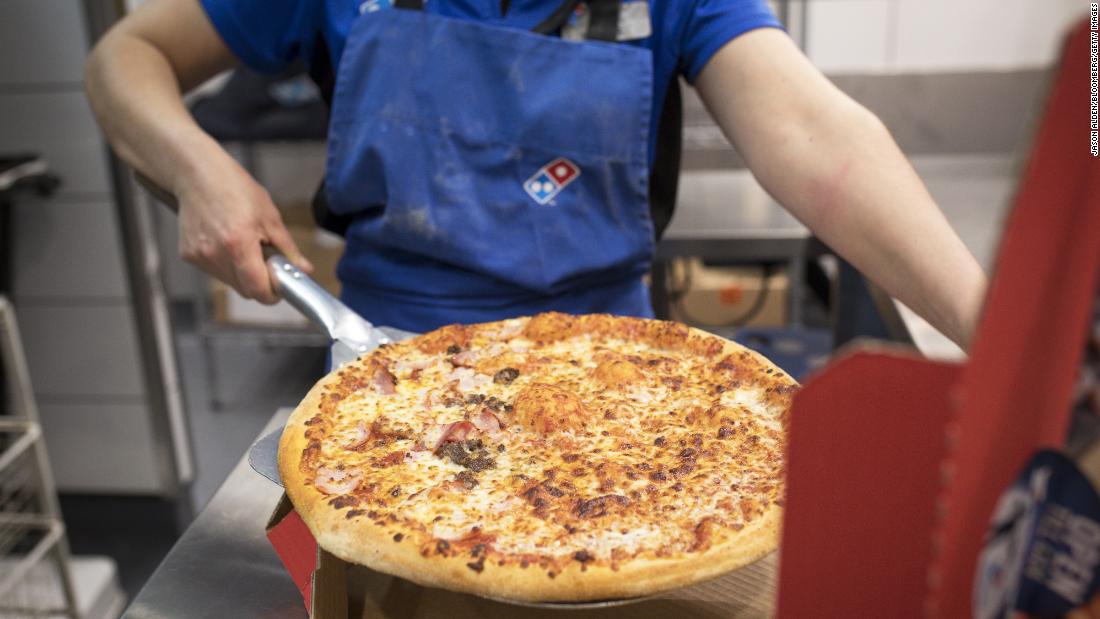 Sales at stores open at least a year in the United States jumped 3.4% for the quarter and net sales rose 6.3% to $1.15 billion — both figures beat analysts’ expectations. It’s a sharp turnaround for Domino’s after the company had a rough 2019 because of tough competition from rivals including Pizza Hut and Papa John’s (PZZA).
The results boosted Domino’s shares more than 25% in early trading. The stock is now up roughly the same amount for the year.
In the last three months of 2019, Domino’s enhanced its delivery GPS technology and ran a popular discount during Cyber Monday week that offered pizzas for half off. It also opened 141 net new stores in the United States, bringing its total store count up to more than 6,100.
“Our relentless focus on our customers, our franchisees and the long-term growth and profitability of the Domino’s business model helped us deliver a solid 2019 in the face of unique competitive headwinds,” Domino’s CEO Ritch Allison said in a press release.
Domino’s continues to struggle with its international outlets. Sales at stores open at least a year grew 1.7%, but that was below analysts’ expectations. The company announced last fall that it was abandoning an expansion into Switzerland, Norway, Sweden and Iceland after those countries’ stores failed to make a profit.
For now, Domino’s has made a comeback in the pizza wars, rising in a turbulent sector where customers’ allegiances rapidly shift.
The rise of Domino’s came partly at the expense of Pizza Hut. The brand, owned by Yum (YUM), recently registered weak earnings because US store sales fell 4% in the fourth quarter. To help turn things around, Yum tapped KFC executive Kevin Hochman to become the interim president of Pizza Hut.
Papa John’s will release fourth-quarter earnings on February 26. Domino’s stock is likely having a halo effect on Papa John’s because its stock is up more than 3%.

Serving the people: how the UK food industry has responded to the coronavirus crisis – The Guardian