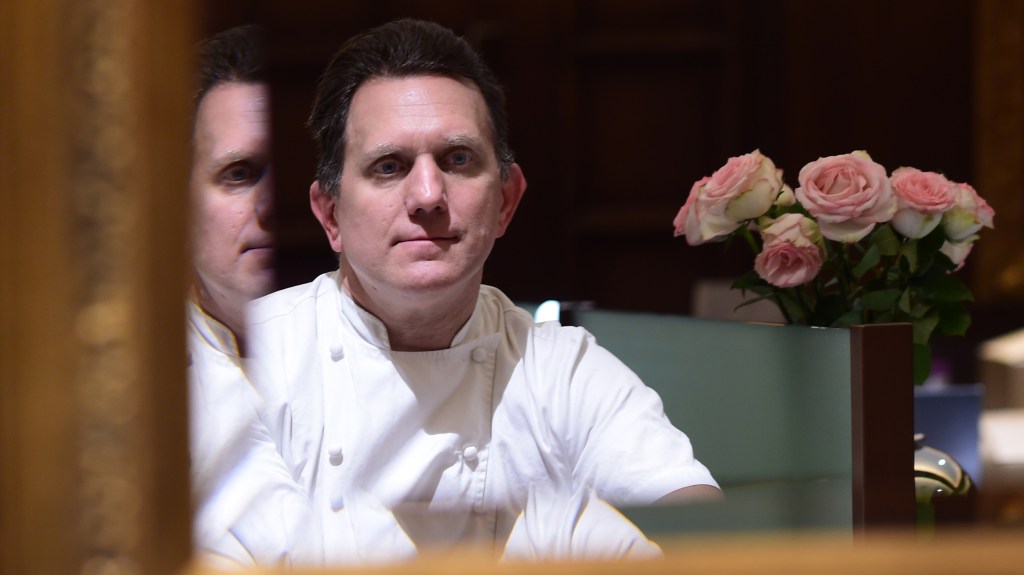 Chefs, as a group, are generous people.

Chef Jack Riebel, who is known for giving his time, talent, and amazing food to those who need it most, is way more comfortable on the giving end of the equation.

But Riebel, who is chef and co-owner at The Lexington, is battling a rare cancer and the community who loves him has given him no choice but to accept help.

“It’s hard for me to be on the receiving end,” Riebel said. “I’m fiercely independent. Service, hospitality, and charity goes along with that, and I strongly believe in it, especially when it comes to helping kids. But I’m not good at asking for help. I feel overwhelmed and speechless, which isn’t something I am very often.”

That’s why the Riebel Rousers, a group of the chef’s friends and colleagues, have kept him at a distance as they plan a fundraising event for the chef.

The event, which will be from 6 to 9 p.m. March 30 at Octo Fishbar in St. Paul’s Lowertown, includes a who’s-who of the Twin Cities culinary scene, all of whom will donate their time, talent and, of course, food and cocktails.

And it seems like more are added every day. Many of the chefs and bartenders on this list have worked with Riebel, who has worked in or helmed some of the most legendary kitchens in town, including Goodfellas, La Belle Vie, Butcher and the Boar and The Dakota.

Riebel was diagnosed with neuroendocrine cancer last summer. The cancer is the same type that Steve Jobs and Aretha Franklin had, and there is no cure.

But there are ways to keep the cancer at bay, and after one round of chemotherapy, his doctors were hopeful as it seemed the cancer had been beaten back, at least temporarily.

However, within 90 days, it returned. The cancer is grade 3, stage 4, which means it is aggressive and has metastasized.

Because treatment options are limited, Riebel is in a clinical trial, which involves maintenance drugs that should also help boost the chances of chemotherapy should he need it again.

So far, so good. The cancer remains stable, but the treatments are hard. Riebel is on a leave of absence from work for at least six weeks, longer if he needs another round of chemo.

“Mostly I’m just tired and sleeping a lot,” Riebel said. “I miss cooking. I do a little at home, but not much.”

Despite the dire diagnosis, Riebel is hopeful and grateful and still cracking self-deprecating jokes.

“I’ve made plenty of mistakes and pissed off plenty of people along the way,” Riebel said. “It’s part of the nature of being outspoken. But you just hope you’re remembered for the good stuff.”

The event features an auction of “nine one-of-a-kind experiences” that will be offered up by his chef friends. VIP tickets allow early access and will include swag bags filled with goodies from the local food and beverage community.

Eat Kochi Eat: How a Kerala Foodie Community Got Funding From Facebook – Gadgets 360