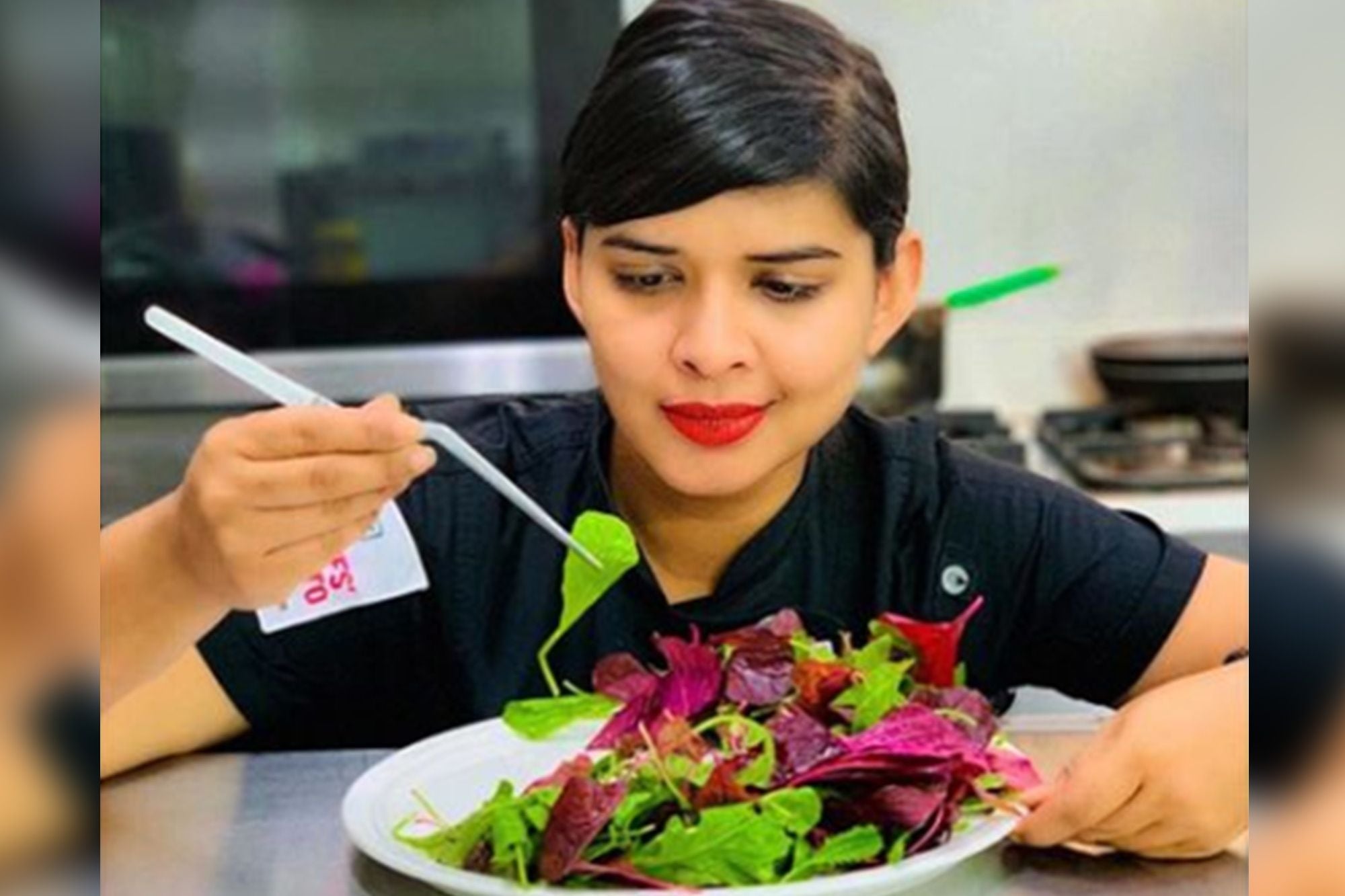 According to chef Radhika Khandelwal, seasonal produce is more than half the work done to make a delicious dish

When did the culinary world become such a glamour space in India? Was it because of Vikas Khanna bringing Indian cuisine to the centre stage, Garima Arora becoming the first Indian women to win a Michelin star or veteran Sanjeev Kapoor’s Khaana Khazaana cook shows?

“The situation is 100 per cent better. At least we have upgraded from just being bawarchis,” said Radhika Khandelwal in an interview. The executive chef and owner of Fig and Maple, Khandelwal still cannot define the cuisine of the restaurant as she keeps experimenting with seasonal ingredients. At times, her restaurant menu changes on a monthly basis. “In a professional kitchen (a fine dining restaurant or a luxury hotel chain kitchen), the menu changes probably once in six months. I have this freedom to experiment only because I own my restaurants,” she said.

Khandelwal moved out of her home to Melbourne, Australia, when she was almost 18, to pursue a course in hairdressing. “While living in Australia, I started working at a restaurant, as a server, to support myself. One day there was a staff issue in the kitchen and I started working there,” she said. The kitchen was short staffed for cooks and within two-three days of assisting the team, Khandelwal bid goodbye to hairdressing forever and entered the culinary world.

After practicing for more than five years in Melbourne, Khandelwal opened a Deli before moving back to India in 2013. Deli, or Delicatessen, is a retail establishment selling foreign prepared food or a fine selection of high-quality products

She founded Radish Hospitality, an umbrella company for restaurants including Ivy & Bean, and Fig and Maple. Located in Delhi’s Shahpur Jat, Ivy & Bean, an Australian-styled restaurant, was founded in 2013 followed by her second restaurant. “It was a conscious call to work with local produce directly sourced from farmers. You know the farm-to-folk concept,” she said. Cooking with local produce, ironically, is an expensive affair. The cost per dish shoots up almost by 30 per cent, which makes the day-to-day operations and restaurant’s food expensive.

Along with using native ingredients, Khandelwal regularly incorporates zero-waste food in her menu. She has replaced all the spreads and a few chutneys, at Fig & Maple, with Jackfruit seed hummus, and Watermelon Rind Relish, a dip made from watermelon skin, among others. “Root to shoot” is another concept, which has a different menu altogether, including Skinny Chippin, chips made from skin of root vegetables.

Preparing food by using the entire ingredient, for instance, not just using bananas but also its skin, is a zero-waste concept gaining momentum. As food waste management is one of the major issues, in fight against climate change, this concept has gained much traction in the culinary world. Cooking reality television show MasterChef Australia, among other television shows, built one of the season’s eleventh episode around this concept, challenging its contestants to create a dish from food waste.

“Even though it is a noble cause, you have to know one thing that people are only going to eat your food if it is tasty. Such campaigns only becomes relevant when people like your product,” Khandewal said. “Cooking with seasonal produce is more than half of the work done to create a delicious food,” she added.

Apart from Khandelwal, chefs including Anahita Dhondy, who runs Soda Bottle Openerwala restaurants, Amnider Sandhu, the only Indian contestant featured on Netflix’s cooking show The Final Table, and owner of India’s only gas-free fine dining restaurant Arth, and Michelin Star-winner Garima Arora, among others, have turned tides in the culinary world. But the space is still highly dominated by men. “On a busy service day, we have very long working hours and girls, especially in India, are unable to stay back. Many companies do not provide pick up and drop services, which makes parents very paranoid,” said Khandelwal.

Describing herself as one who is extremely sensitive towards misconduct at workplace, Khandewal regularly trains her male staff to behave professionally with the female staff.

She considers herself privileged as she learned driving at 18 and lives only five minutes away from her Shahpur Jat restaurant. “It is great to see so many young girls being enthusiastic about this profession but we need a very strong support system from family as well as their employers,” she added.