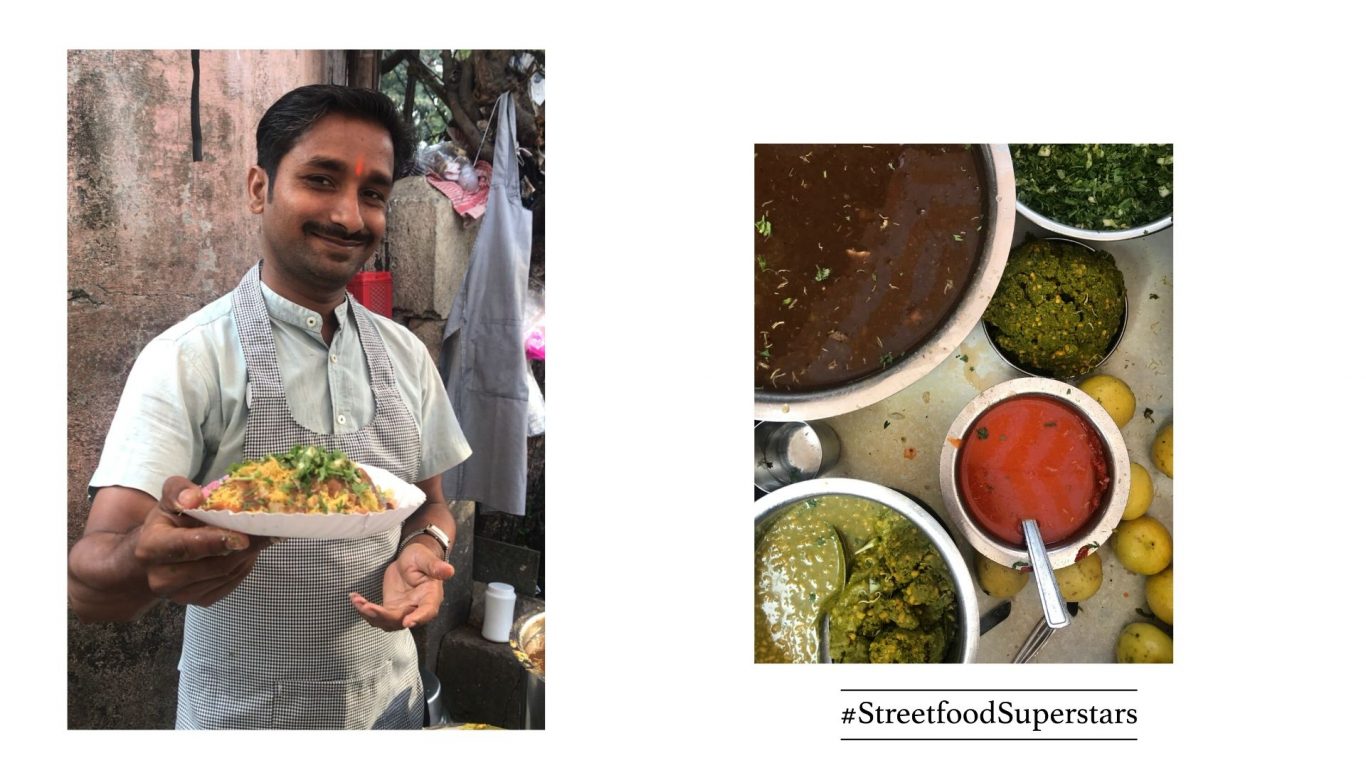 “Way back in the sixties, my father used to grind his spices with a khalbatta. We didn’t have the luxury of a mixer or a grinder.” Sixty years later, at the very same spot in Mumbai—in one of Juhu’s by lanes—Jagpat Gupta’s son Dinesh now entertains people with his subtle humour and delicious chaat, while senior Gupta visits every now and then.

Fuelling hungry actors during studio visits and shoots, students’ tuition classes and many a romance, Jacky Bhel Puri has made Juhu a happier (perhaps not healthier) neighbourhood.

What: Grab the finger-licking panipuri, sevpuri, bhelpuri and what he claims is their invention—golden bhelpuri! The chaat costs Rs50, but once upon a time, this sevpuri was all yours for just 10 paisa.

Who: “Fondly referred to as ‘Jacky’ (though no one remembers why), Jacky Bhel Puri has captured the snack time imaginations of multiple generations. “We’ve seen people come here as young couples. They now come to us with their children. They can’t resist their fix of Jacky Bhel Puri!” Right from Rekha and Alka Yagnik savouring their famous chaat in the 90s, the stall has a steady stream of Bollywood visitors including Ranveer Singh, Ranbir Kapoor, Salman Khan and Shilpa Shetty. Dinesh is quick to point out that even Deepika Padukone and Priyanka Chopra have eaten his bhel, by sending spotboys to pick up parcels while working at a studio close by.

His favourite customers, however, remain his regulars: students and families who have sworn by this chaat for years.

Good to know: Jacky Bhel Puri is also available for bulk and party orders. Senior Gupta, or the original Jacky, makes an appearance, only if they are catering at a party.

The Vegetarian Butcher Launches TV Campaign, Says 80 Percent of Meat Could be Plant-Based by 2045 – vegconomist – the vegan business magazine

How This Chef Created Her Own Food-Industry Job – Eater