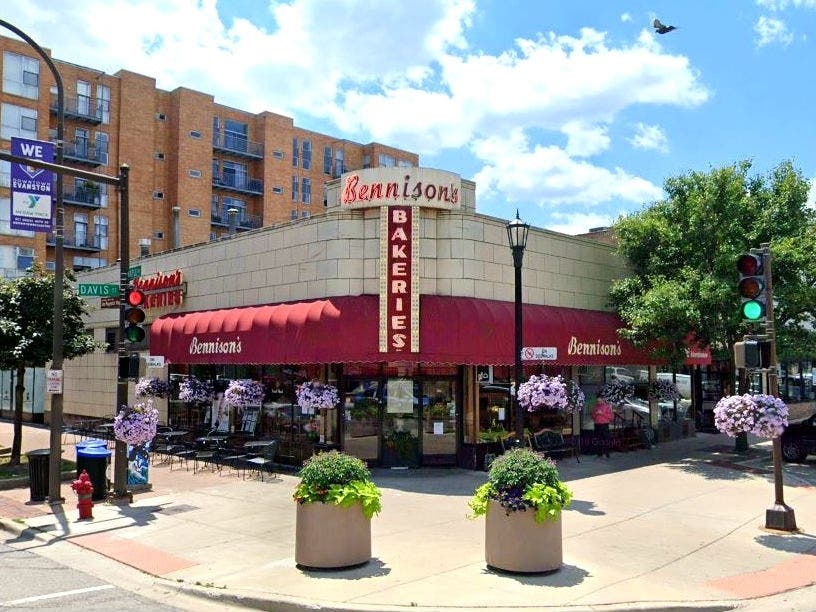 EVANSTON, IL — Bennison’s Bakery, Evanston’s 81-year-old family-owned bakery, is producing as many paczki as it can ahead of Fat Tuesday, also known as Paczki Day.

The tradition of baking paczki — the Polish plural of pastry, pronounced “punch-key” — began with the need to use up stocks of eggs and lard ahead of the start of Lent.

The deep-fried donuts, packed with filling and dusted with sugar or icing, have gained popularity in the Chicago area thanks to its historically large proportion of people with Polish heritage.

Bennison’s Bakery opened at 1000 Davis St. in October 1938. It was founded by Larry Bennison, a Wisconsin native with a love for fresh dairy, and purchased by Guy Downer in 1967.

Jory Downer, the second-generation owner of Bennisons’s, has worked at the bakery since 1975. Two of his children also now work at the bakery.

Downer says the bakery will be baking paczki all the way through close of business Tuesday. He said he expects to turn off the phones and stop accepting orders around mid-day Monday.

“We pretty much sell all we can make,” Downer said. About 90 percent of the orders come from repeat customers, he said.

Sales have been about on track with last year, but with new staff and a promising forecast, Downer is feeling positive about Paczki Day 2020.

“It’s already going to be a better holiday,” he said. “The weather’s going to be better too.”

“I fought it for a long time, because too much variety — I know there’re a lot of places around that make a lot more different varieties than we do — it just becomes harder to manage, as far as I’m concerned,” he explained.

Bennison’s is holding its 11th annual paczki eating competition at 2 p.m. on Saturday. Whoever eats the most paczki they can get their hands on within five minutes wins $200 cash and a $75 gift card.

“The contestant that eats the most Paczki without getting sick wins,” according to the competition rules. “A contestant getting sick during the five minute contest time or one minute extra time is an immediate disqualification.”

There is a $25 entry fee, but all contestants are set to receive a $25 gift card to the bakery and a free Bennison’s Paczki Contest t-shirt.

Downer said all proceeds from the competition would go to the nonprofit Cradles to Crayons, which works to end childhood poverty.

Big restaurant chains are recovering faster than the rest of the industry, Bank of America says – CNBC

Would you like a burger made by a robot? – Livemint