Dietician and ‘Body Kindness’ author Rebecca Scritchfield says plant-based products’ long list of ingredients could be contributing to its health and environmental concerns.

There is an onslaught of plant-based foods finding their way into the new American diet from Beyond Meat being served up at TGI Fridays and the Impossible Burger available at Applebee’s and Cheesecake Factory consumers to Chipotle offering up Vegan Bowls.

If you’re looking to join the lengthy list of those ditching meat, Vegan Bits has cultivated a list of the most Vegan-friendly cities to help those maintain a lifestyle free of all animal products. And while some cities may be behind the trend others have fully adapted the Vegan life.

Plant-based diets are continuing to surge across the nation as consumers continually look for healthier, more sustainable food combined with a concern for environmental hazards.

VEGETARIANS, VEGANS AREN’T EATING MOST OF THE PLANT-BASED ALTERNATIVES: REPORT 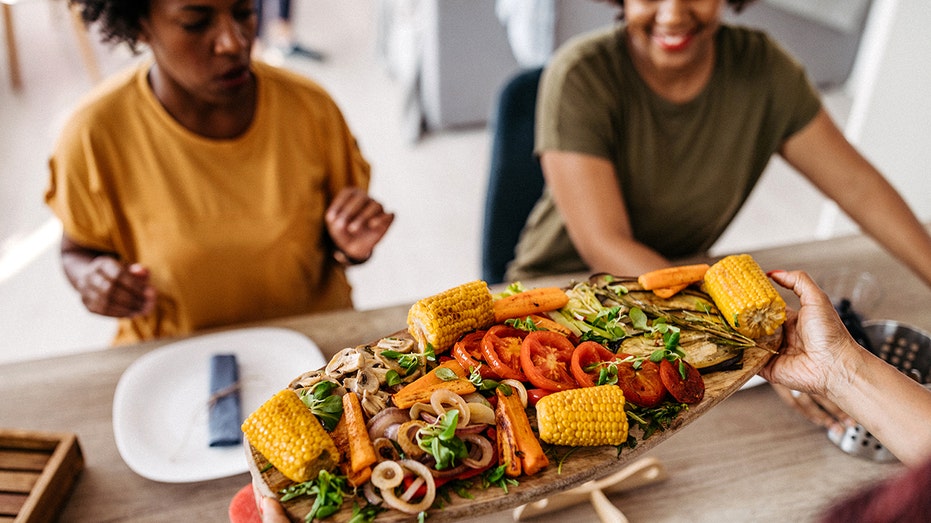 The uptick in sales only bolsters the notion that the plant-based products don’t look to be slowing down any time soon.

Here are the top ten cities that cater the most to a plant-based diet according to Vegan Bits.

The City of Roses is sitting at the top of the list for the most vegan-friendly city. It is also sitting within the top 25 cities for the most affordable vegan food. There are 50 restaurants throughout the city that cater exclusively to vegan or vegetarian diets. The options include Italian and Mediterranean cuisine. One of the restaurants highlighted by Vegan Bits is Back to Eden Bakery, which is a 100 percent plant-based and gluten-free cafe.

Orlando comes in at number three on the list. Orlando boasts fewer than 20 restaurants that cater to vegans but in relation to its population, it’s enough to keep it a key player on the list.

The city is home to restaurants such as Dixie Dharma BBQ, which makes a vegan hot dog, and Drunken Money Coffee Bar, which features a selection of nut milks.

Seattle falls at the number four spot. The city is has 44 vegan restaurants “of all varieties,” according to Vegan Bits. Notable spots include Might O Donuts, which creates vegan donuts from scratch, and Wayward Vegan Café, which constructs its own vegan version of the Taco Bell Crunchwrap.

Austin, which is known for its music scene, is also becoming a gathering place for vegan cuisine. The city is number five on the list. Relative to its size, the city carries a lot of options for those itching for a plant-based diet with about 25 restaurants.

This city also is also number 11 in terms of affordable vegan food.

Consumers looking for a vegan pastry can head to Capital City Bakery, and those craving Italian can make their way to Li’L Nonna’s for some vegan pizza.