While education institutes and the railways did cater to different food habits as far back as the early 20th century, friction is relatively recent

The website for the Merriam-Webster dictionary gives 1883 as the date for first recorded use of the word non-vegetarian. But TOI has one use of the term from 1878, in a report from one of its correspondents in the UK about some dietary economics in Manchester.

The writer refers to a meeting of vegetarians in Manchester where, presumably to popularise their diet, one had mentioned it allowed him to live on just sixpence a day. This was a tiny sum, even 142 years ago, and to counter doubts about whether this was possible, the writer gives details of a Manchester hotelkeeper who managed this feat even while having fish, eggs, and meat twice a week: “The money expended on these non-vegetarian items would doubtless have gone further… if expended on vegetables.” 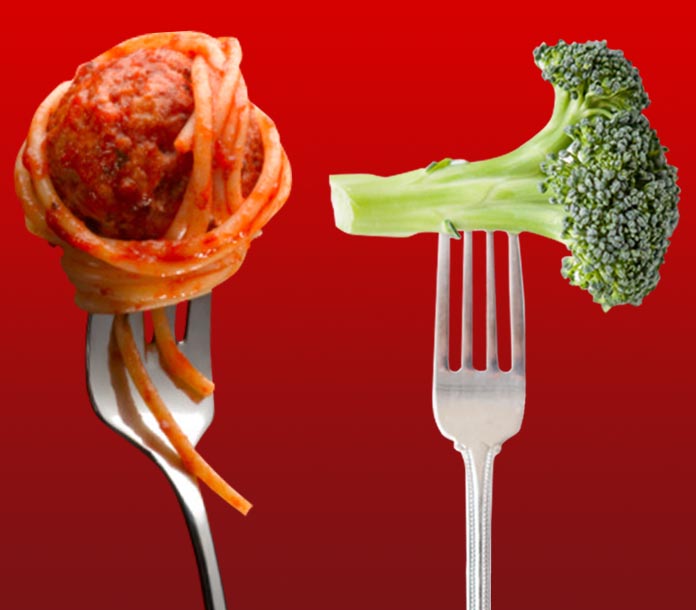 Vegetarian as a term had been around for 30 years by then. While diets that avoid meat had been recorded, and advocated for centuries, the term now commonly used was coined with the launch of the Vegetarian Society in 1847. This was partly inspired by members of a Christian sect created by the suitably named William Cowherd who, as Tristram Stuart writes in his history of vegetarianism, The Bloodless Revolution, “encouraged his congregation to see God dwelling in all creatures.”

Non-vegetarian must have come into use at some point as an extension of the first term, but the use remained limited because it was not needed. Meat-eating was the norm and vegetarianism the exception — unlike India, the one country where vegetarianism is common enough for the opposing term to be needed.

This has become a point of contention, as in the latest food furore over the National Museum’s refusal to allow meat to be served at a dinner themed with an exhibition on the food of the Indus Valley civilisation. Meat dishes were mentioned in the exhibition, like chicken roasted in saal leaves and lamb’s liver with chickpeas, but these weren’t allowed at the dinner due to the museum’s policy of only allowing vegetarian dishes to be served.

The museum’s director-general Subrata Nath who, presumably, could have avoided the controversy by being clear about the policy from the start, promptly made matters worse by admitting there was no fixed rule, but the policy was followed because “this museum has so many idols of gods and goddesses, and a relic of Lord Buddha. International dignitaries visit this museum.”

Since there are gods and goddesses who welcome meat offerings, many Buddhists eat meat and there is a lively debate about whether the Buddha himself ate meat, it isn’t clear how this explanation works. And why international dignitaries, many of who must eat meat, should have a problem with the practice is even less clear.

Inevitably, this issue has been given a political tinge, but another question might be to ask when vegetarian versus non-vegetarian became such divisive issues. And this seems relatively recent because while most community-driven food restrictions meant than Indians were always particular about what they ate, the situations where they might have had to eat other people’s food were few.

Restaurants didn’t exist in India before the early 20th century, and even then were meant mostly for Europeans. (Bombay’s Irani cafes, which formed one of the earliest spaces where different communities came together, famously had colour-coded crockery: pink for Hindus, green for Muslims, floral for everyone else). Travellers took their own food, stayed with community members or stuck to safe foods like fruits.

It is significant that some of the first mentions of segregated dining appear with the growth of institutions of higher education that got students from different parts of India. A TOI report from 1911 about the Indian Institute of Science in Bangalore, founded in 1909, mentions that the students are “Brahmins (Bengalis), non-vegetarian Hindus and Europeans who are grouped in separate messes, by which they are enabled to use separate kitchens.”

Another area where the issue crops up is in the national political meetings that the Indian National Congress pioneered. A TOI notice from 1916 about its 31stmeeting mentions that “vegetarian and non-vegetarian delegates will have to pay for board at the rate of Rs 2 and 2.8 respectively.” Boy Scout jamborees (meetings) were another place where provision of separate vegetarian and non-vegetarian food was made clear, perhaps to persuade reluctant parents that their children wouldn’t be taught more than how to tie knots and light campfires.

But the biggest influence on getting people to eat in public was the railways. In 1916, TOI published a report about how the Great Indian Peninsular railway was taking pains to make sure there was acceptable food for both Hindus and Muslims (other communities would presumably have to choose between them). By 1922, TOI was publishing ads where Indians seeking accommodation specified that non-vegetarian tenants should be acceptable, and by 1934, PS.Divadkar & Co was advertising “Delightful X’mas” tours of Delhi or Mysore with vegetarian and non-vegetarian catering.” And, responding to one of the biggest problems faced by Indians travelling abroad, shipping companies had started offering veg menus.

There are hints, at times, of possible frictions between vegetarians and non-vegetarians. A TOI report from 1936 records complaints about Muslim hawkers in the Fort area preparing non-vegetarian snacks during Shravan which “offended the sentiments of Hindu women and children.” But there is mostly just a sense of the need to find practical solutions to the needs of both groups, with no idea to use the differences as a way to divide.

DISCLAIMER : Views expressed above are the author’s own.