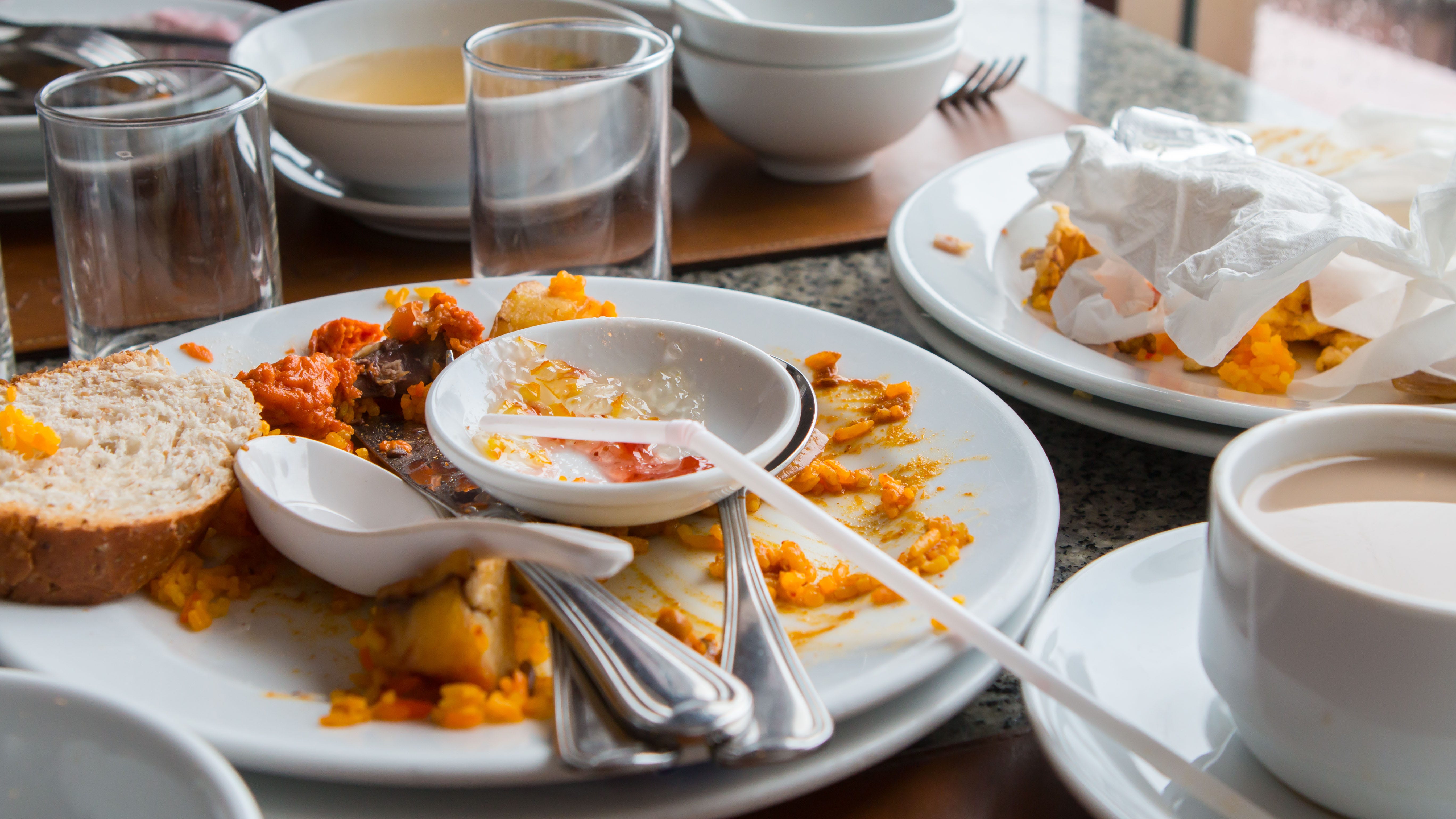 Hopefully, this restaurant has some really good bussers.

An unidentified family in the U.K. is being shamed for covering their restaurant booth in food, torn-up napkins and other various garbage, and leaving it all for the server to clean up at the end of the night.

An image of the aftermath was recently shared to a Facebook group called “Spotted: Colchester,” which allows residents of the area to share images and messages anonymously. According to the post, the picture was taken at a local Harvester, a pub/restaurant chain in the United Kingdom.

The photo was submitted with the caption, “I don’t care who you are, how often you get to go out to eat, how many kids you’ve got or how bad your day has been. It is not OK to go out to dinner and walk away from your table — leaving it in a state like this for somebody else to clear up.”

The anonymous resident wrapped up their post with, “This is what happened in Harvester Colchester tonight. The poor young girl left with this disgusting mess didn’t know where to start.”

The post has since received over 3,000 comments, with many people expressing sympathy for the restaurant’s wait staff.

“Some selfish people are of the opinion, ‘that’s their job… it’s what they get paid for,’” wrote one user. “Well, let me tell you, ‘it certainly is NOT!’

Another commenter who claimed to work in the service industry claims people do this kind of thing all the time. “There’s a lot of them about,” he said. “The kids run around like it’s a playground and you try and dodge them while carrying hot food and drinks.”

“That is awful,” someone else added. “I’ve seen people do this in McDonald’s and it’s not kids that leave the mess, it is their parents just up and go.”

Fox News reached out to representatives for Harvester, but they were not immediately available for comment.