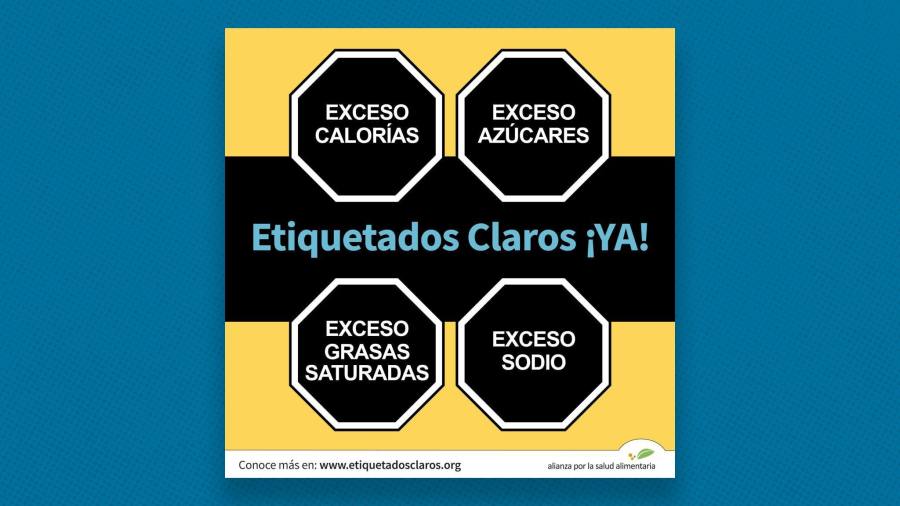 There are 31 different types of labels worldwide telling customers how much fat, salt and sugar there is in the food they buy, according to a 2019 BMJ study. There is plenty of other research evaluating which labels, including “traffic lights”, different coloured nutrition tags and “healthy choice” ticks, are most effective at combating obesity.

In 10 years of writing about this issue, I have developed my own measure of food label effectiveness: the Squeal Index. The greater the food companies’ fury about a new type of labelling, the better it probably is. By this standard, Mexico and Chile are on to a winner.

Last week, the Financial Times reported that Mexican shoppers would soon see large black labels on their food and beverages warning if they contained “too much sugar”, “too much fat” or “too many calories”. Some foods, such as crisps and biscuits, would carry all three labels. Mexico is following Chile whose black labels seem to have delivered results, including a 25 per cent fall in sugary drinks sales over the past year.

Jaime Zabludovsky, president of the Mexican Council for the Consumer Goods Industry, threatened injunctions. “It’s an ideological crusade against the processed food industry.” He added: “It’s madness.” That’s quite high on the Squeal Index.

Health organisations, on the other side, lined up in support of the black labels. Juan Rivera, director-general of Mexico’s National Institute of Public Health, said: “The industry hasn’t realised that we’re in the midst of an obesity epidemic in Mexico.” He said that the World Health Organization and the World Public Health Nutrition Association also supported the labels.

The food industry in Mexico, as elsewhere, supports another labelling system: the one that tells consumers what percentage each food contains of their recommended daily allowance of fat, salt and sugar.

The food industry’s reasoning, which I have heard repeatedly over the years, is that recommended daily allowances point consumers towards more sensible eating choices. Blunt labels, such as red, amber and green traffic lights, mean that butter and spreads, for example, are both labelled red for saturated fats, even though spreads contain far less saturated fat than butter.

There is theoretical merit in this argument. The problem is that it takes little account of how distracted and busy people are when they buy their food, how complicated it would be to keep a running total of fat, sugar and salt percentages throughout a day and how much more difficult all this is for poorer, less well-educated consumers who need it most.

A study of more than 14,000 French consumers concluded that labels that included numbers and percentages “were found to be confusing to many consumers, particularly those with lower educational levels or literacy”.

A slew of studies have shown that colour-coded labels are easier to understand than percentage-based ones, although not all. A 2015 study of consumers in the UK, Germany, Poland and Turkey found little difference between people’s comprehension of the different forms of labelling.

While this study is an outlier, its researchers did make a pertinent point. Most studies examine consumer behaviour in artificial settings, asking them to say which labels they understand best. Consumer life is not like that. Whatever the research says, “there is a lack of supporting evidence to suggest that the provision of . . . labels leads to better food choices in real world situations”.

The researchers add that reductions in smoking and drinking alcohol require a range of strategies. The same is almost certainly true of action to combat obesity, which is actually far harder. While smoking and drinking can be addictive, we can do without both cigarettes and alcohol. But we have to eat, and fat, sugar and salt are hard to resist. For those with little money, they also provide more immediate satisfaction of hunger.

It would be foolish to believe that labels alone can change eating habits. But they can help. And when people are rushed, stressed and not paying much attention, in-your-face labels such as Mexico’s and Chile’s can help in steering consumers towards something healthier.