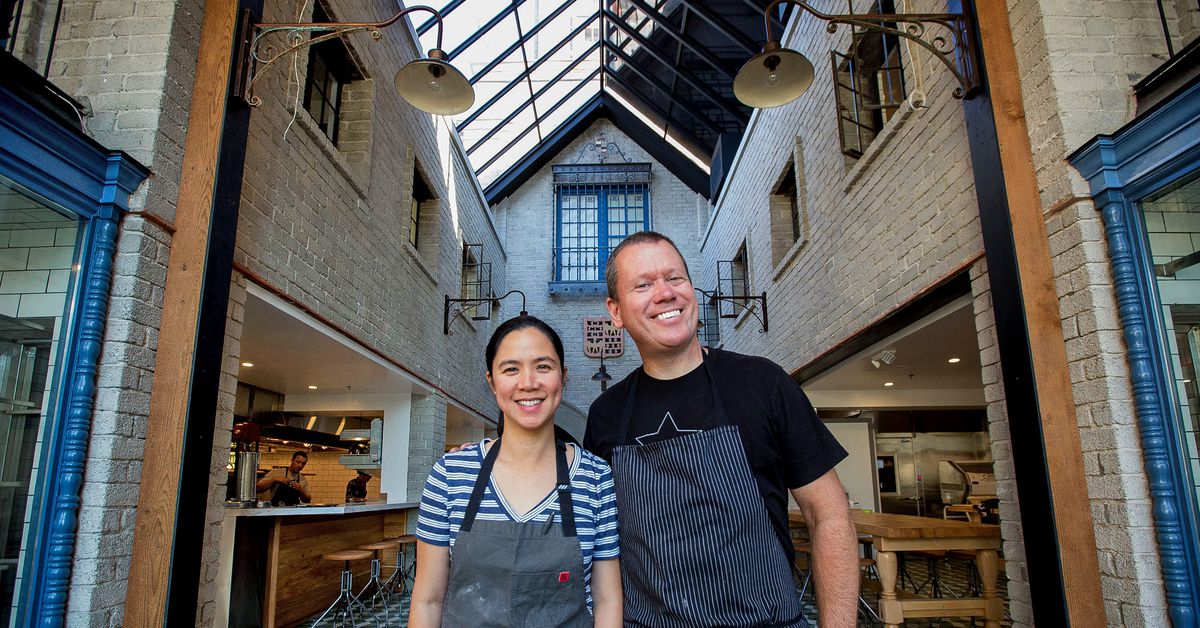 One of LA’s most recognizable chefs was hospitalized last week following a frightful traffic incident on Pico Boulevard. Walter Manzke, who runs mega-popular La Brea restaurant Republique as well as Petty Cash Taqueria and — along with his James Beard-nominated wife Margarita Manzke — Sari Sari Store in Grand Central Market in Downtown, was struck by a car on Pico Boulevard last Wednesday evening as a pedestrian. He suffered multiple serious injuries, including collapsed lungs, broken ribs, a fractured collarbone, and many lacerations to his face and body.

The news of Manzke’s near-death experience raced across social media last night, following a first reporting of the incident from longtime reporter and partner of Nancy Silverton Michael Krikorian. After speaking with Manzke from the hospital on Monday, and with several of Manzke’s employees who have been with him throughout his stay, Krikorian says that the chef feels fortunate to be alive. “What if I had my wife or my children with me and she hit them,” he told Krikorian of the unnamed woman who was behind the wheel. Manzke, who was flung to the sidewalk after hitting the car’s windshield, says that he does not remember the collision itself; he was unconscious for more than 20 hours.

Reached for comment, reps for the Manzkes offered the following statement:

The Manzkes very much appreciate all the support and well wishes from friends and colleagues over the last week. Chef Walter Manzke was struck by a car as a pedestrian near their upcoming concept Bicyclette, and is incredibly fortunate to be alive. Expected to make a full recovery, the team is beyond grateful he is ok and will continue to move forward with Walter and Margarita’s ongoing leadership. Their show of strength through this trying time is unmatched, and the family continues to be an inspiration to us all. The Manzkes look forward to progressing Bicyclette with a spring opening as planned.

Indeed, Manzke was struck in front of his upcoming Bicyclette restaurant on Pico Boulevard. While he and Margarita Manzke have decided against opening a planned project in Downtown LA, they are still targeting a spring arrival for the two-story restaurant in the former Sotto space near Beverly Hills.

Home cooking back in life due to coronavirus scare – Home-made food is back in fashion! – Economic Times