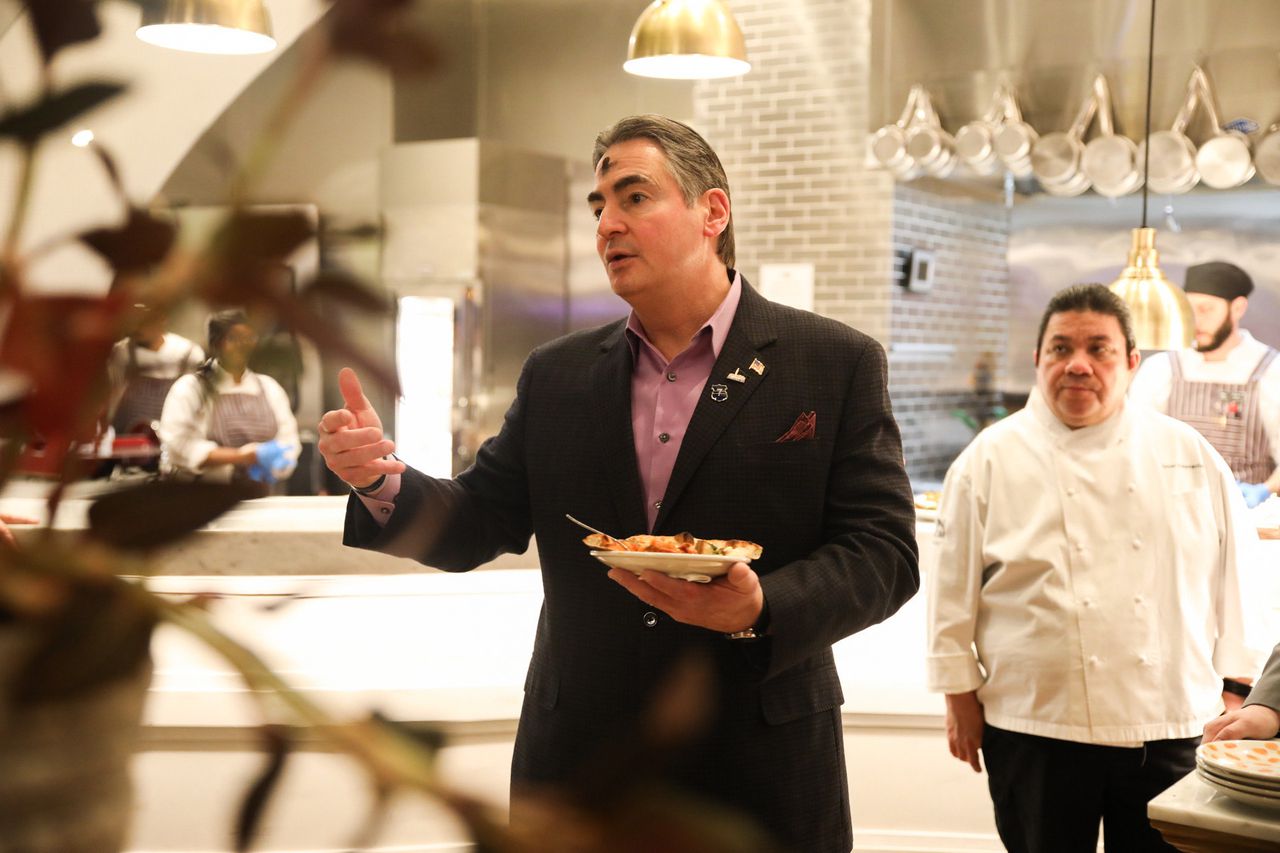 SPRINGFIELD — Residents, business owners and city officials got a sneak peek Wednesday at Costa, a new restaurant MGM Springfield is opening in the space formerly occupied by Cal Mare.

The restaurant, scheduled to open Friday, offers Italian dishes like pasta, meatballs and pizza and fresh mozzarella — cuisine that has been a “hallmark of our South End neighborhood in downtown Springfield,” said Anthony Caratozzolo, vice president of hospitality for MGM Springfield.

“Tonight is really a thank you to the South End,” Caratozzolo said. “They have been so great to us and we wanted to invite them in before the opening to let them taste and get a sneak preview.”

Caratozzolo and Anthony Amoroso, corporate executive chef for MGM Resorts, were among the MGM satff who attended the preview for the new restaurant, which is the third in the company nationwide. The concept debuted as Osteria Costa at The Mirage Las Vegas and MGM National Harbor in 2018.

“Because there is such a strong Italian heritage here in the South End there is not a better group to invite in to give us feedback before we go public,” Caratozzolo said of the community members in attendance. Caratozzolo said he visits local restaurants like Frigo’s, Red Rose and La Fiorentina frequently to get a bite to eat and chat with the owners.

Springfield Mayor Domenic J. Sarno said he is thrilled to see the new restaurant catering to the Southern part of Italy, where his parents immigrated from.

“We all laugh now because what was considered peasant food when we were growing up, the food we ate at dinner every night is now considered gourmet food,” he said.

The pizza business is divided on delivery – Livemint