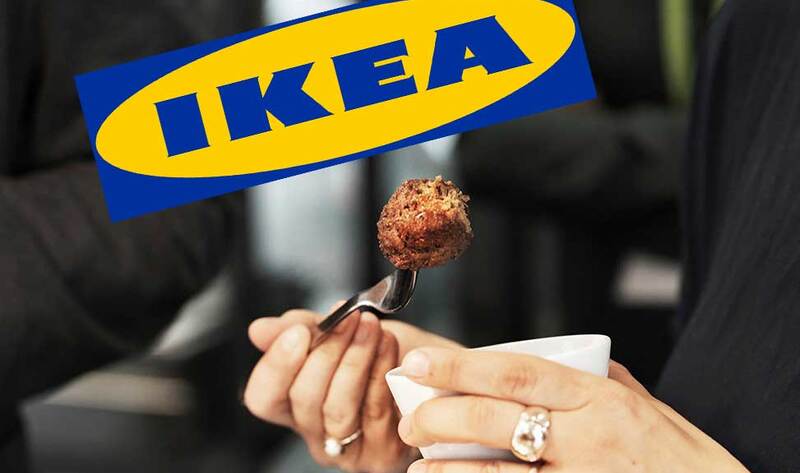 In August, furniture retailer IKEA will add a new vegan meatball to its menu at approximately 290 locations in Europe with other countries to follow in coming months. IKEA first launched a vegan meatball in 2015 and the new option was developed to keep up with the trends in the growing plant-based meat space. The new vegan meatballs—which IKEA is currently calling “plant balls”—will be served alongside its previous offerings and made from a blend of pea protein, oats, apples, and potatoes. The new meatballs will also be available for purchase in IKEA’s food market in the frozen section. IKEA is working to become more climate positive by 2030 and its new meatballs come with a climate footprint that is 96 percent lower than its animal-based meatballs. In addition to new meatballs, IKEA has been updating its global bistro menu to include a variety of plant-based options. In 2018, IKEA added a vegan hot dog to its bistro menus (which it now sells in packages of 10 in its market section). Last year, IKEA added a vegan strawberry soft-serve flavor across its European and United States locations. At one outlet in Canada, IKEA launched “Foodbox,” a food trailer where it debuted The Växt Burger—its first vegan burger that can be ordered with vegan cheese for an additional charge.