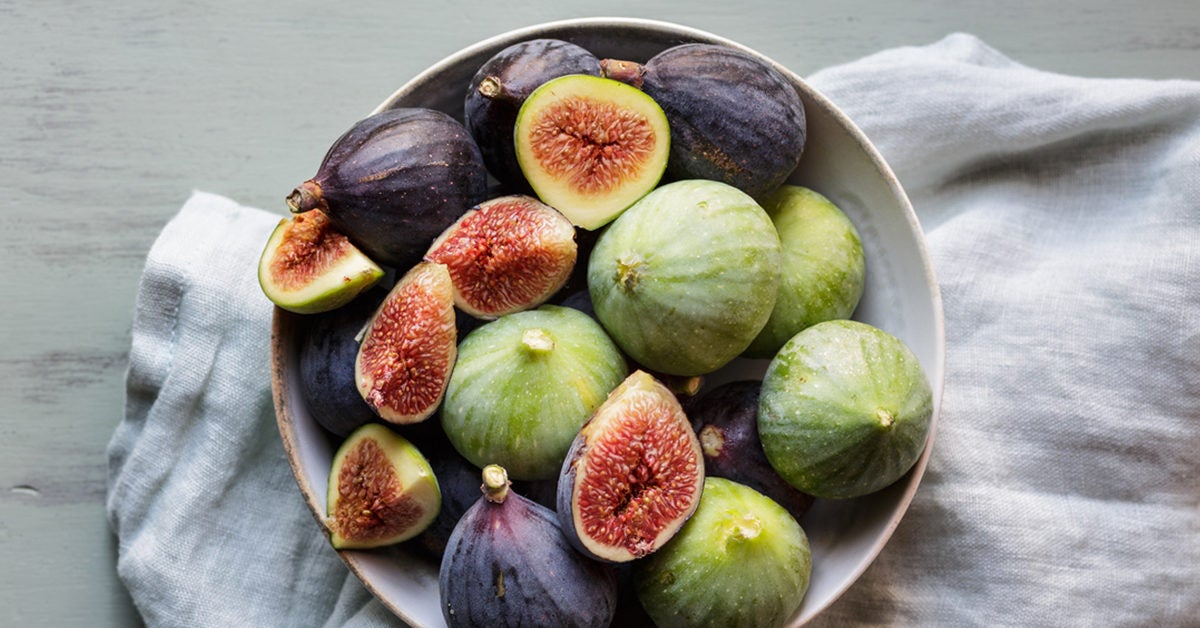 Veganism refers to a lifestyle that attempts to minimize animal exploitation and cruelty as much as practically possible.

As such, vegan diets are devoid of animal products, including red meat, poultry, fish, eggs, and dairy, as well as foods derived from these ingredients.

Figs, which are a fruit native to Southwest Asia and the Eastern Mediterranean, can be eaten fresh or dried. They’re rich in antioxidants, a good source of fiber, and contain small amounts of calcium, iron, potassium, copper, and certain B vitamins (1, 2).

Given that figs are a plant-based food, most people would expect them to be considered vegan. However, some suggest that figs are far from it and should be avoided by those choosing a vegan lifestyle.

This article looks at both sides of the debate to determine whether figs are vegan.

The vegan status of figs has stirred up debate, as while they’re a plant-based food, some people don’t consider them vegan.

These people suggest that the developmental process figs undergo before reaching maturity does not align with vegan ideology.

Figs start off as an enclosed inverted flower. The shape of their flower inhibits them from relying on bees or wind to spread their pollen in the same way other flowers can. Instead, figs must rely on the help of pollinator wasps to reproduce (3, 4).

Nearing the end of her life, a female wasp will crawl through the tiny opening of the inverted fig flower to lay her eggs. She will break off her antennas and wings in the process, dying shortly thereafter (5).

Then, her body is digested by an enzyme within the fig, while her eggs prepare to hatch. Once they do, male larvae mate with female larvae, which then crawl out of the fig, with pollen attached to their bodies, to continue both species’ lifecycle (5).

Because figs are the result of a wasp’s death, some people suggest that this fruit shouldn’t be considered vegan. That said, figs rely on the wasps to reproduce, just as much as the wasps rely on figs to do so.

This symbiotic relationship is what allows both species to survive. Most people, vegans included, do not liken this process to animal exploitation or cruelty and, therefore, consider figs vegan.

Wasps help figs reproduce and die in the process, causing some people to suggest that figs aren’t vegan. However, most people — vegans included — do not see this as animal exploitation or cruelty and consider figs vegan.

Figs are typically eaten raw or dried but can be used to make a variety of food products — not all of which are vegan.

For instance, figs can be used to sweeten baked goods, some of which contain eggs or dairy. Figs can also be used to make jelly, which often contains gelatin derived from animal skin or bones.

You can easily check whether a fig-containing product is vegan by examining its ingredient label to ensure it’s devoid of animal-derived ingredients, such as milk, butter, eggs, ghee, or gelatin.

Although figs may be considered vegan, not all products made from them are. Checking a food’s ingredient list for animal-derived products is the best way to ensure that it’s truly vegan.

The pollination of figs relies on wasps, which die in the process. This causes some to suggest that figs shouldn’t be considered vegan.

However, the relationship between figs and wasps is mutually beneficial, as each specie relies on the other for survival. Most people, vegans included, do not believe this fits the picture of animal exploitation or cruelty that vegans try to avoid.

Regardless of whether you choose to view figs as vegan, keep in mind that not all fig-derived products are vegan. Checking the food product’s label is the best way to ensure its vegan status.