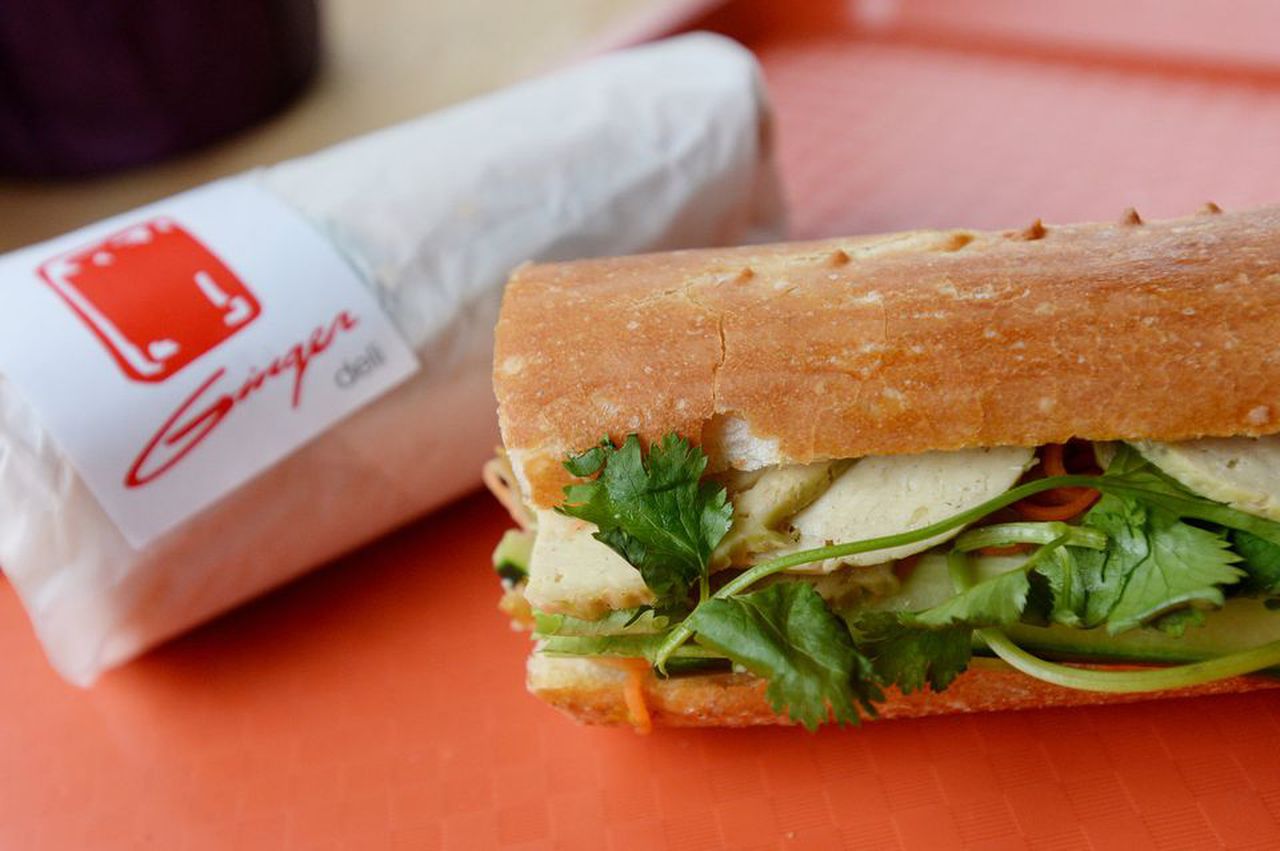 Owner Te Phan has been running a storefront for nearly two years in the University of Michigan Hospital but started the company six years ago at a space on Liberty and Division streets. The lease ended in November 2018 and parts of the building needed improvements, forcing the restaurant close and move elsewhere, Phan said.

“We kept our eyes and ears open for a space in downtown and it just so happens that this space opened up at the right time,” Phan said. “We didn’t want a big space.”

Ginger Deli’s downtown location at 203 E Liberty St. is expected to open in mid-April, Phan said. The new 1,000-square-foot space will be a quick grab-and-go type of restaurant with stand-up tables.

Ginger Deli is known for banh mi sandwiches, which come in chicken, beef, pancetta and vegetarian, topped with carrot and daikon pickle, jalapeno, cilantro, cucumber and mayo in a French baguette. The Vietnamese restaurant also serves spring rolls and pho soup. Cooking will mainly be handled in the Washtenaw Food Hub, Phan said.

“Ginger Deli has always been a dream of mine. I always wanted to do a food concept. I wanted to approach this food business a little differently. I didn’t want to start a normal, typical restaurant,” said Phan, whose background is in design.

Phan was previously a concept car designer for Ford Motor Company and wanted to bring his skills toward designing food packages and restaurant aesthetics.

“But also, I always loved to cook and I always knew…that if I spend time, I can cook really well. I’ve cooked since I was a little kid,” Phan said. “People always told me, ‘Don’t get into food.’ You can’t just start a restaurant because you want to make money, you have to love something about it, whether it’s cooking or a passion for creating an environment where people get together.”

After learning to design and build a kitchen and storefront, he sought his mother’s help in developing recipes.

“It’s the hardest thing I ever tried … it’s definitely the lowest paying job that I’ve ever gotten but I set out a dream and I want to make something meaningful,” Phan said.

Ann Arbor plans 7 major, up to 52 minor street reconstruction and resurfacing projects in 2020

Counties could opt out of regional transit plan under new bill

Why We Fear the Food We Eat – Farm Bureau News

Why is Eating Healthy Food Crucial at This Point of Time? Read on – India.com