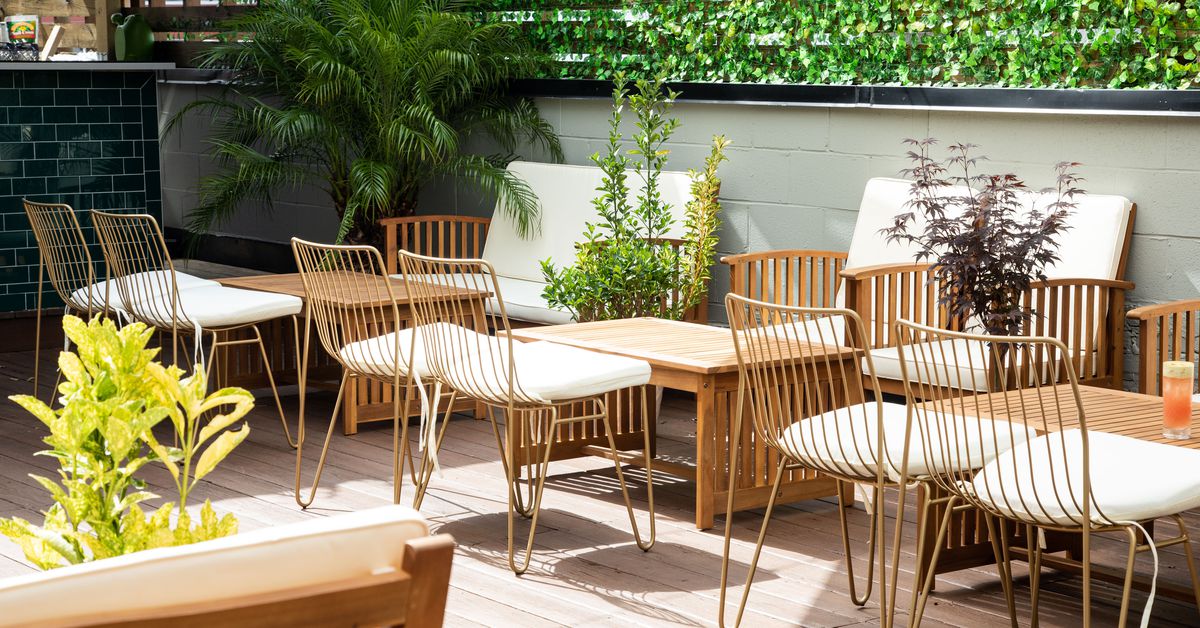 Chef Enrique Limardo is challenging himself to only cook vegan food for an entire month at his adventurous 14th Street restaurant Seven Reasons. The restaurant’s email blast announcement reads:

We are excited to announce that starting on April 20th and for one full month, Seven Reasons will turn into a fully Vegan restaurant. Yes, you are reading it correctly. We want you to forget all the good things you heard about us so far and come back to embark yourself in a completely different food experience.

From April 20 through May 17, expect to find riffs on rice with artichoke and mushrooms or butternut squash, basmati and golden raisins, shishito peppers and pecans and capers dressing, with desserts like pineapple strawberry gazpacho with cucumber celery sorbet. Reservations for Seven Reason’s vegan month are available on Resy now.

There are two new spots in D.C. for bottomless brunches. The Eleanor, an arcade and bowling bar in NoMa, launches a Sunday brunch on March 1 from 11 a.m. to 3 p.m. with dishes like hangover hash, huevos divorciados, hot fried chicken sandwiches, and spaghetti sandwiches. Order $18 bottomless mimosas, Narragansetts, and Trulys as well as half-price bowling and games (lanes can be reserved in advance).

In Dupont Circle, enormous new spot The Admiral is rolling out a brunch with two hours of bottomless mimosas, bloody marys, vodka grapefruit sodas, and Bud Light for $35.99 excluding tap and tip. That price includes a choice of entree, including options like crab cake Benedicts, avocado toast or buttermilk pancakes.

A new start after 60: ‘I became a vegan at 82 and found a new sense of freedom’ – The Guardian