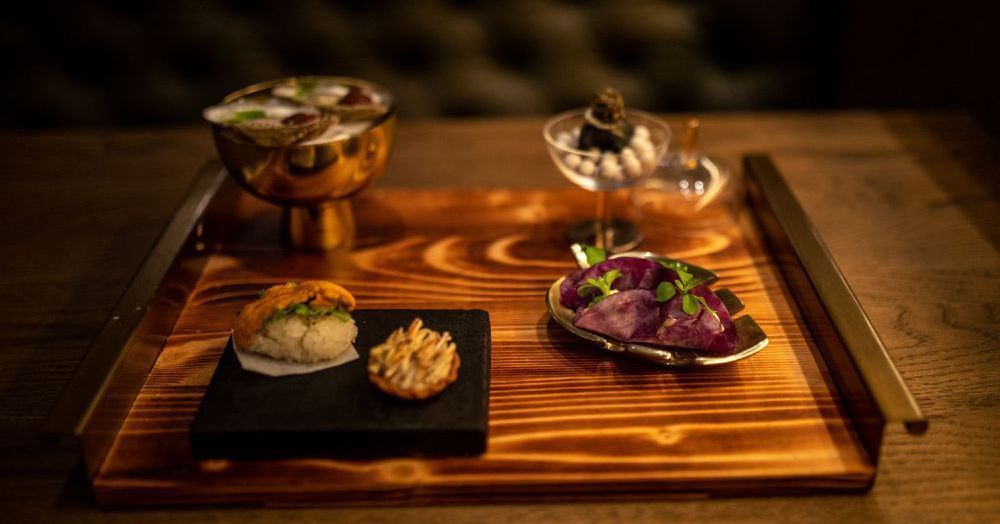 Statesman critic Matthew Odam reviewed live fire restaurant Hestia this week, validating that what he called “Austin’s most ambitious restaurant” was largely a success. The restaurant, from the team behind Eater 38 restaurant Emmer & Rye, opened in December 2019.

Odam found “two-bite revelations” throughout the snacks section. He particularly enjoyed the grilled guanciale, a “delicate” koji tart, and scallop mousse in a tempura shell. In the small plates section, he dubbed the grilled spaghetti squash “one of the restaurant’s most beautiful dishes,” and called the “deceptively complex” winter greens salad “your new favorite salad.”

Throughout the review, Odam commented on the somewhat-confusing service, which involves a beverage server and a chef server who, Odam noted, “have spent their careers training in kitchens far from the small talk.” He called the experience “garrulous,” but notes that “you’re gonna learn some stuff” about the restaurant’s local foraging.

In terms of entrees, Odam praised the “meaty” Lion’s Mane mushroom and a chicken dish, but found the pork shoulder a little heavy-handed. However, it was executive pastry chef Tavel Bristol-Joseph’s dessert that cemented the visit for him.

Bristol took us to Japan with the centuries-old shaved ice and salted cream treat kakigori, the frozen volcano of ice dusted with matcha roasted white chocolate powder and hiding an orb of honey ice cream inside ($16) […] The range cemented his status as the city’s best pastry chef. No questions asked.

Odam rated Hestia a nine out of 10.

COVID traces found on salmon and chicken wings in Norway and Brazil. Does it mean food can get carry the virus too? – Times of India