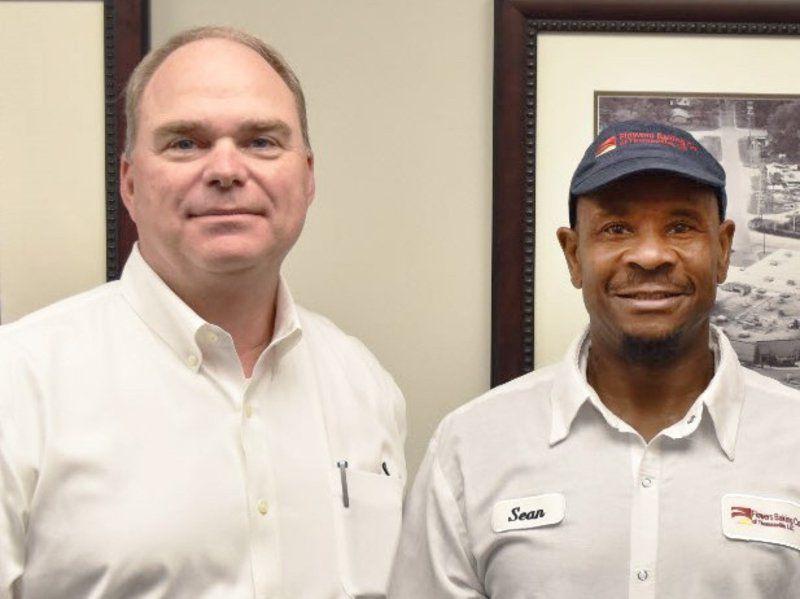 Flowers Baking Co. of Thomasville, a subsidiary of Flowers Foods, has selected Sean Jenkins as the recipient of its 2019 Flowers Spirit Award.

Jenkins, a bakery production employee, was recognized for his positive attitude, strong work ethic, and team spirit. Flowers Foods has made a monetary donation in Jenkins’ name to the charity of his choice: the St. Jude Children’s Research Hospital.

“Sean encourages and motivates his team members,” said Chris Mulford, general manager for the Thomasville bakery. “His genuine concern for others shines through in his positive attitude and sincere interest in their well-being.”

The Flowers Spirit Award recognizes employees who are a positive force at work and in their community. It was inspired by the late Langdon S. Flowers, past president and chairman of the board of Flowers Foods, who was an active supporter of many charitable and community organizations.

Flowers Baking Co. of Thomasville, located at 300 Madison St., produces fresh bakery foods that are sold under such brands as Nature’s Own, Cobblestone Bread Co., Wonder, and Home Pride. The bakery is a subsidiary of Flowers Foods. Headquartered in Thomasville, Ga., Flowers Foods, Inc. (NYSE: FLO) is one of the largest producers of fresh packaged bakery foods in the United States with 2019 sales of $4.1 billion. Flowers operates bakeries across the country that produce a wide range of bakery products. Among the company’s top brands are Nature’s Own, Dave’s Killer Bread, Tastykake, Wonder, Cobblestone Bread Co., and Mrs. Freshley’s. Learn more at www.flowersfoods.com.

Food For All – The Statesman